Your favorite Vetiver and why?

So I've tried several Vetiver scents, but I always come back to the realization that the first that made me fall in love with Vetiver, Encre Noire, is the best for me! And thus my favorite!

Guerlain does some great ones, truly, but none have been as pleasing to me, nor as performing as EN. Tom Ford's "Grey" is a nice and perhaps needed mature version, probably the most, but what I think they were trying to achieve with what I'm guessing was an attempt at an earthy undertone, was a disgusting rubber and cheap tobacco overtone to me. Cannot express in words how disappointed I was with this one. Major hype with major let down. Then there's Chanel's awesome take on it with Sycomore, which truly smells just as amazing as EN, damn near identical to me, but at quintuple the price tag for the EDT and ten times it for the EDP why would I waste my money for a name? Well I can tell you for a fact that I wouldn't, and won't. Finally we have the EN flanker, "Extreme". I truly do like this fragrance a lot, but it's not the original and it's not as performing. Maybe a bit deeper and darker, which perhaps achieves, better, what Tom Ford was going for, but, still, it's not up to snuff for me.

So there it is... Encre Noire is the reigning champ of Vetiver for me. Which is it for you?

Escentric 03 for me.
Zesty, green and woody.
Wonderful, long lasting stuff that does best in warm but not hot weather.
Top marks.

Vetiver Extraordinaire by Frederic Malle for me as it just smells what I want to my vetiver scent to be.

Creed Vetiver 1948 will probably always be my favorite because I find it so classy and versatile. It can be worn in any situation, which cannot be said about many vetivers.

I find many classic (earthy) smelling vetivers very challenging to wear, so challenging that I would find them hard to wear in close social situations. That's why a vetiver like Vetiver 1948 (which is no longer available, of course) is so appreciated, because even though the story of JFK wearing it is amusing and fun to think about, it actually DOES smell like something he would have worn. To me, it totally smells like the suave 60's. It just smells like something a gentleman would wear....even now.

Other vetivers I favor are Creed Original Vetiver, Frederic Malle's Vetiver Extraordinaire, and Floris Vetiver, which is another excellent and classy (but discontinued) vetiver....that reminds me very much of Vetiver '48.
Currently Wearing: Molecule 01 + Iris by Escentric Molecules

My favorite currently is Roja's Vetiver pour homme. However, it's in the same vein as Grey Vetiver, which I know you loathe. It's a more luxurious version and lasts much longer.

Another one to try would be Elie Saab No. 6 Vetiver. Much smoother, but will not have the same texture you find in EN, or Sycomore for that matter.
Currently Wearing: French Lover / Bois d'Orage by Editions de Parfums Frederic Malle

There is French Lover and then there are the rest. To me it’s one of the greatest fragrances of all time. A perfect fragrance.

Encre Noir is quite good and up there, but I think I would take Goutal Vetiver first due to the excellent smoke quality to it.....
Currently Wearing: Colonia Futura by Acqua di Parma

Have a look here:

Roja Dove Vetiver as it's everything I could want in a vetiver scent.

CREED VETIVER 1948 is my favorite, but it's not a very typical vetiver. Has a very 60s MAD MEN/barbershop vibe.

I always gravitate to Guerlain/Tom Ford vetiver side of things. Never been able to really get past Guerlain Vetiver being THE vetiver fragrance. Encre Noire is a great smelling fragrance but it steps on the toes of my Terre d'Hermes.

All I know is when I get into threads like this and people start listing all the different vetiver based frags I run and grab all my sample/decants.
I'm plastered with;
Roja Vetiver
TF Grey Vetiver
Creed Original Vetiver
Dior Vetiver
Encre Noire
Sycamore
FM Vetiver Extraordinaire
FM French Lover
Terre d'Hermes
TdH Eau Intense Vetiver

They're all great fragrances and I'm vetiver'd out for the night.
I

For me, Encre Noire, Vetiver Extraordinaire and Creed 1948

Because i like my vetiver to be soil-y, rich and smooth (doesn't mean it's weak) as opposed to being piercing and spicy.

Zegna’s Haitian Vetiver. Earthy and green without being too rooty. Love it. Backup to that would be Oliver & Co. Vetiverus.

Frederic Malle - Vetiver Extraordinaire
Amouage - Dia (but it's not dominant)

Another vote for malle VE.
And creed OV for shorts and t shirt

Sent from my SM-G980F using Tapatalk

Other than Sycomore, I would pick the Guerlain (ribbed bottle), Le Vetyver by Lubin and Creed's 1948 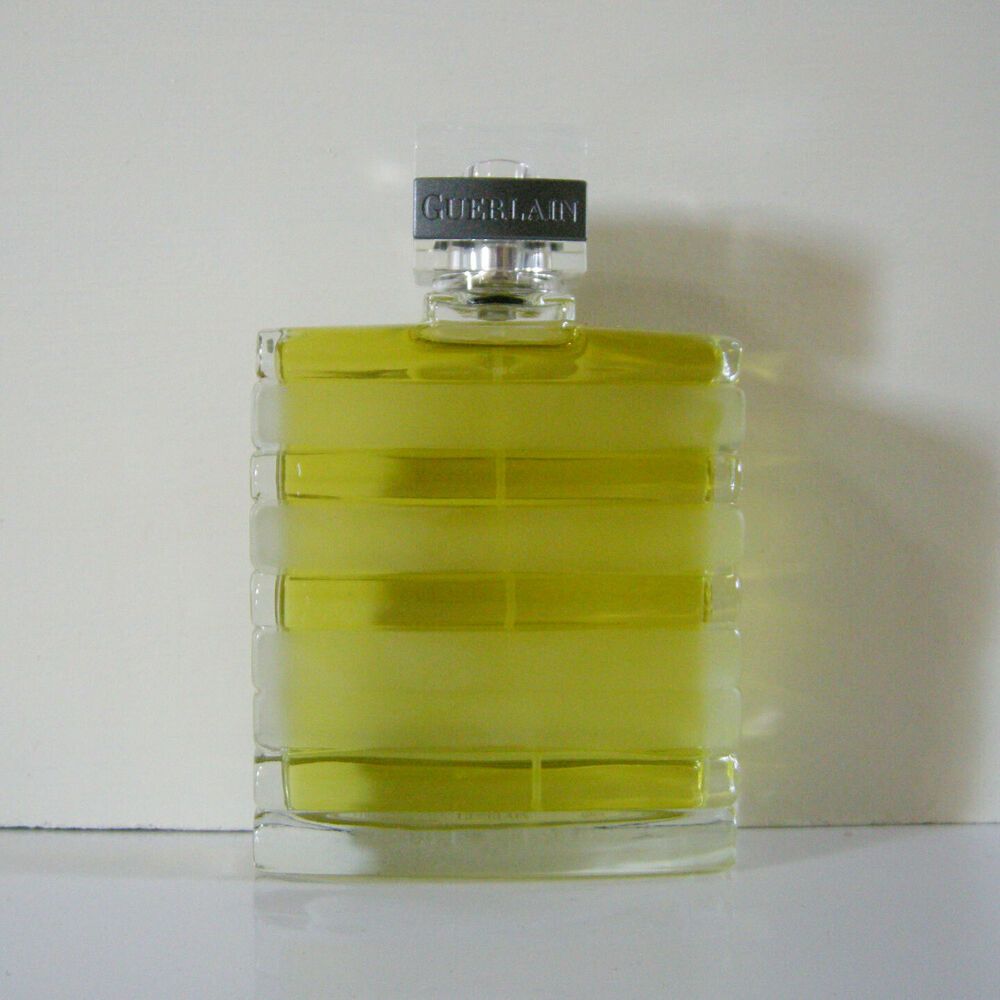 Starts of really fresh first hour, is really masculine, has that nice tobacco note and turns into a dry grassy hay-like smell in the late drydown.
Always enjoy this one and already on my 2nd 125ml bottle!
N

Armani Prive Vetiver Babylone / Vetiver d'Hiver is my favourite for its smoothness. It's very easy to love.
C

Another one for vetiver extraordinaire. Freshest, zingiest. That is in a different direction relative to EN, which is deeper and woodier.

But I agree that for the price EN is hard to beat.

Even though there is a small amount of vetiver in this, but Original Vetiver by Creed is my favorite.
B

So far, nothing comes close to Guerlain Vetiver for me. It's so fresh and bright.

Not to hijack the thread, but since many are talking about Encre Noire anyway... I have been wearing this one occasionally for a few years, but there is a strong metallic note in the dry down (probably 2 hours in) that keeps me from reaching for it. Is that present in the extreme version as well? I love the first hour or two of the original.
U

Dior Vetiver. I like the freshness of it, and it's so easy to wear. 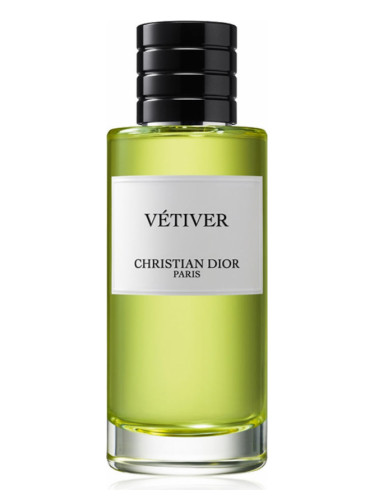 ultravisitor said:
Dior Vetiver. I like the freshness of it, and it's so easy to wear.

This is a great one. I regret selling my bottle. Roja Vetiver Pour Homme Parfum is my favorite from my current collection, but I do prefer the Dior and miss it.

Vetiver Tonka for me, it’s my all time most worn scent. Sweet, rooty, nutty, salty, earthy - sounds random but smells amazing. Linear but nuanced and interesting. I took a while to warm up to it, but now I love it.

Guerlain Vetiver is my second choice and my favourite in warmer weather. A fantastic green, earthy vetiver with citrus up top and a great tobacco note in the base.

It’s not vetiver dominant (more incense imo), but CdG 2 Man has a decent dose of Vetiver in the base and is another one I love. Aldehydes, smoke, incense, vetiver, spice and honey. Great in the fall.

I'm curious if anyone's tried the Bentley 'Beyond the Collection' Wild Vetiver EDP?
It's available for around £80UKP now.
It's supposed to be a smooth, non earthy vetiver so I wondered if it was at all like Creed OV?

Vetiver Extraordinaire has been my favourite for close to two years now ....
Currently Wearing: New York Intense by Nicolaï
P

Might second some of the names already mentioned, albeit for slightly different (and somewhat more personal, subjective, sentimental) reasons, in otherwise no further particular order:

Lanvin Vetyver and Yves Rocher Eau de Vetyver - unfortunately both discontinued (at least until; further notice about possible re-releases) and both with the stylisghness and richness of "retro" vetivers with a bygone luxuriousness only found either in vintages or in current niche/designer exclusive scents

Adolfo Dominguez Vetiver Hombre- among the best soapy vetivers partly comparable to Mugler Cologne, but ever cleaner and zestier

Yardley Citrus&Wood- a leathery, peppery spicy vetiver almost incredibly good in terms of both smell and its performance given its bargain price point

Zara Norrland- another bargain priced but not low quality vetiver and just like the aforementioned Citrus&Wood, an interesting take (though not 100% one one one plagiarism) of the citrus vetiver theme of TDH, however further enhanced with an icy nordic/airy fresh theme, with the further added bonus of EDP concentration to better project and last
Currently Wearing: Ambre for Him by Christian Lacroix

Of those I’ve tried/owned and really liked are Sel de Vetiver and Dior Vetiver. Also, L’Occitane Eau de Vetiver, which I currently own.

My favourite for the past few years though has been LT Piver Vetiver. It’s quite light but I love it’s old school elegance. There’s a great balance of the fresh, aromatic and woody facets of vetiver and it just puts a smile on my face.
P


Sent from my iPhone using Tapatalk