I created this blackcurrant accord based off some discussions in this forum. For me, it has the right amount of sulphic to licquorice sweetness, especially after a couple of days maturation, though may be too sulphric or have too much Stemone for some. As a top note, it's longevity performance seems pretty good too.


Open to thoughts on how to improve.

I'm not saying that yours is bad, I would need to make it. But have you seen the formulas on TGSC for Cassis / Black Currant?

You can use Cassifix, or you can use buchu mercaptan.

Cassifix is sort of the non-sulfur version of buchu mercaptan.

Supposedly they smell very similar, in a certain way, but Cassifix does not have the "distinctive" type of thiol-like smell.

If you want an analogy, it is sort of maybe a little like comparing Pamplefleur to grapefruit mercaptan. (That's not an entirely good analogy though)


One more thing to add: a little bit of delta-damascone can also be very useful in black currant accords.
L

pkiler said:
I'm not saying that yours is bad, I would need to make it. But have you seen the formulas on TGSC for Cassis / Black Currant?

Yes, I looked at these. I'm missing a few of these materials but have them on order. I'll be intrigued to see the difference because they are using quite a few different ingredients from the accord above.
L

Agree with this. It is the essential ingredient here.

Black currant bud abs is the common black currant natural. The rest of the sample formula given takes the idea of the absolute, and adds a berry aspect, and adds a "perfumey" aspect. So, filling out past the absolute is strictly at your discretion and chosen direction. 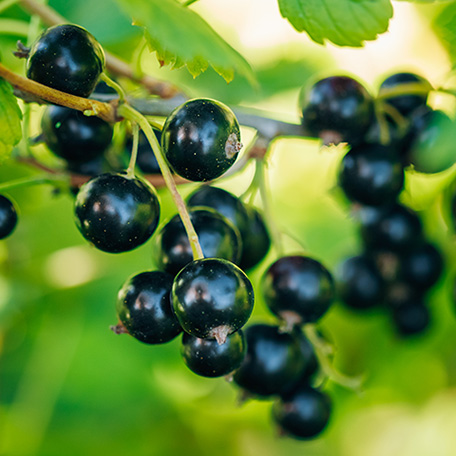 Joseph Colbourne has this to say “A diffusive, effulgent, all-natural proprietary blend, blackcurrant liquid is clear and of a pourable viscosity, and it sure is a tart, sweet delight. Unlike blackcurrant buds absolute, there is little cat urine to speak of here; on the contrary, it is jammy...

hermitageoils.com
similar to cassis345b
very nice BUT I haven’t put it in formula, so who knows
he says it’s all natural

I had a thought, and I may be totally wrong here, but just a hint of violet accord might be useful in cassis; or if you are already using beta-ionone, maybe just add a tiny bit of violet leaf aldehyde.

Here's another one that might be useful in small amounts:
Leffingwell describes dihydro-beta-ionol as smelling "fine floral-musky type fragrance accompanied with a high-class feeling, and an outstanding high-class musky leathery scent with also a powdery floral aroma of violet and cassis".
It might help add some more character to the ionone.

(Just in case you don't know, I would imagine ionols tend to smell similar to their corresponding ionones, but just of course very different since they are an ionol rather than an ionone. So this may suggest that beta-ionone is the optimal ionone for cassis. Unfortunately it looks like no perfume supply sells beta-ionol or dihydro-beta-ionol, but alpha-ionol is available if you wanted to know what an ionol smells like. Sorry if this is sending you off on a wild goose chase)

There also is something called "cassis oxime" (Givaudan's Labienoxime), odor notes: cassis, green, citrus-grapefruit, herbal, rose oxide like.
"Labienoxime surprises with its natural, fresh, cassis, sage flower character."
Being an oxime, it probably has something fundamentally in common with the smell of stemone, but might be more optimal for this situation.
B

There's no sulphuric compound in there what I could see. Paradisamide may give some more perfume to it. Sauvignole in small amounts is also good.
L

birdie said:
no sulphuric compound in there
Click to expand...

Cassifx is the sulphric ingredient. It's weaker than paradisamide, but you still get the tingle.

Buchu mercaptan is the natural sulfur chemical that gives cassis its smell, but other synthetic ACs can give a very similar sort of smell to it, and do not contain sulfur (although they also lack that distinctive "sulfurous" smell).
L

Logocracy said:
I created this blackcurrant accord based off some discussions in this forum. For me, it has the right amount of sulphic to licquorice sweetness, especially after a couple of days maturation, though may be too sulphric or have too much Stemone for some. As a top note, it's longevity performance seems pretty good too.


Open to thoughts on how to improve.
Click to expand...

So a month and a bit later, I've revisited the original batch I made, and I have to say that, in my opinion, it's improved over time. In particular, on the skin, there is that sulphric "fizziness" that you get from something like Initio's Oud For Greatness. The accord still has the blackcurrant scent, but I'm now thinking this is less of an accord and more of an incomplete perfume.
Forum Jump

S
How much do I actually buy?

Sharing a rum accord