For the February Blind Sniff, your hosts Nostalgie and Warum offer 3 main fragrances: A, B, C.
Sample D is a bonus sniff!

We have categorized the four samples as indie, lower-end designer, mainstream designer, and niche. (Notice that we listed those in alphabetical order. We wouldn’t give that much away right off the bat, now would we?). These categories could be debated, of course. Keep in mind that there can be a fine line (and lots of overlap) between indie and niche, niche and mainstream, etc., that categories can blur, and that they can change from high-end to drugstore (and vice-versa) over time.

To add a twist (and to help you out) we are also sending “Soul Sisters” for each of these fragrances. They are labeled A-2, B-2, C-2 and D-2. These fragrances have something in common with their “sister” sample. They are not dupes, reissues, flankers, or reformulations.* But their similarities (in notes, in vibe, in conception) have been noted and debated on this and other sites, in chats, reviews, blog posts, etc. The sister fragrance is not necessarily of the same category (designer, indie,
niche) as the A,B, C (and bonus D) that you are ID-ing.

Note: the presentation of the samples offers no clues to the identity or value of the juice. [The color may be helpful, as always]. If there is less of one sample, or if one vial is different, that just means we had less on hand to decant, or we did not have enough identical vials to use.
Be careful with the A-2 vials. They were stubborn and hard to cap.

Remember, you only have to guess A, B, and C (and maybe D). So if you prefer to smell them without their sisters, that's fine. Just have fun!

We realize that this comparison sniffing may cause you to toss around names of perfumes in the discussion forum. Just let us know when you want those names confirmed. If you say “I think one of the A sisters (A or A2) is Liz Claiborne Realities—but I don’t know which one”—we’ll be happy to confirm just that much. If you are correct, we’ll let you sniffers keep sleuthing and chatting to determine which of the two you’ve identified correctly. 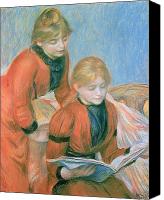 * Reformulations: its hard to say what was reformulated, when, in what way. Our twin sets do not pair old and new formulations of a given fragrance. But wouldn't that be a good sniff theme?

A2: Jean Desprez Bal à Versailles (EDT)
[not as easy as we thought, but the team persevered!]

Complicated twins:
B: Jean Louis Scherrer, Scherrer 2 (EDT, oldish bottle) (we're calling it designer, mid-range)
B2: Estee Lauder , Youth Dew (new EDP)
[Who knew this one would be so difficult? We chalk it up to the unknown of reformulations, and to the many concentrations--including bat oil--we have sniffed and committed to scent memory over the years.]

[Chanel No. 5 proved the most difficult of all! We think this has something to do with the smooth blending: sniffers guessed many key notes, none of which screams or screeches. I for one have new appreciation of No. 5 as an abstract composition. It was indeed fairly easy to "see" its components, but difficult to "see" what they represented.]
Last edited: Jun 9, 2012

OMG I am so excited! This is the bestest of all the best sniffs ever and I am so happy I am a part of it! I cannot wait for my samples!

The power of bleu

Sounds like a fun sniff! Best of luck to all the sniffers ...

That's the spirit, darkdreams!
Thanks for the good wishes and the tech help, shades!

My samples are here already! Thank you so much, I cannot wait to sniff them! Can I open little packages?

What a wonderfully clever theme! We are going to have double the fun! Adding more excited smilies...

darkdreams said:
My samples are here already! Thank you so much, I cannot wait to sniff them! Can I open little packages?
Click to expand...


That was fast! Go ahead, DD, open the little packages. Each vial has a label. No big surprises except how it smells and what it is!

Thanks for all the work, N -- 8 vials x 3 sniffers is a lot of love, patience and determination.

Twolf said:
Thanks for all the work, N -- 8 vials x 3 sniffers is a lot of love, patience and determination.

Thanks for your encouraging words, Twolf! We couldn't have done it without your model.

It was a team effort with Warum . We compiled samples (she went to heroic lengths to get one of them!). She sent hers to me and then I prepared the packages so all the samples would go out in one mailing. Fewer steps and fewer packages to track. We also hammered out the announcement together in PMs.

I received my parcel today, and have carefully stowed the four little twin-packs in my letter box. I also posted my upcoming schedule in the general Blind Sniff thread. Looking forward!!!

Haunani said:
I received my parcel today, and have carefully stowed the four little twin-packs in my letter box. I also posted my upcoming schedule in the general Blind Sniff thread. Looking forward!!!
Click to expand...

queen of the universe

How has this not become a reality show? That's OK, let it be our little BN secret. Following this thread enthusiastically

jujy54 said:
How has this not become a reality show? That's OK, let it be our little BN secret. Following this thread enthusiastically
Click to expand...


Glad to have you on board , jujy! I've watched this reality show many times, too!

I wonder if meowmo got her samples.

darkdreams said:
I wonder if meowmo got her samples.
Click to expand...

That is great. Now let's hope she is around and ready to sniff. I am!

darkdreams said:
That is great. Now let's hope she is around and ready to sniff. I am!
Click to expand...

Is Monday looking better? DH and I don't get the day off. It's an at-home day for me, though, either way this month.

I am home tomorrow and so is my husband. We might go to see a movie or do some shopping but there are definitely times when I can log in. If we don't have to sniff all the same time, it definitely can work for me.

If meomo is still free, and if the package did arrive on her doorstep --you never know with deliv. conf-- we could start Monday morning.

Warum said 9:00 a.m. PST is good for her. DD, if you are itching to get started, you could always post a bit earlier, then others can join in. I'll check first thing in the morning to see if there is any action on this thread.

darkdreams: on and off all day
Haunani: all day
meowmo: all day

Nostalgie: on and off all day (evening maybe)
Warum: all day (fee to start hosting at 9:00a.m. PST; so is Nostalgie)


Friday
darkreams: all day
Haunani: all day!
meowmo: all day

9:00 a.m PST tomorrow (Monday) is perfect for me. Crossing fingers that MeowMo got her package.

Good morning ladies. I am awake. Any news from meowmo?

No, not yet, but I think we can go ahead and start today, and hope she joins in!

All right, let's hope she will join us soon. I could also wait until we her from her.
For the third time in 24 hours, my husband is seasoning an iron skillet. Everything stinks of burning oil, including my hair and clothes!!!
I just applied a little sample A on my arm. So far, from what I can get it is absolutely lovely. Mmmmm...it strongly reminds me of something I tried.

darkdreams said:
I just applied a little sample A on my arm. So far, from what I can get it is absolutely lovely. Mmmmm...it strongly reminds me of something I tried.
Click to expand...


In keeping with the theme!!! I can't wait to find out what it is it reminds you of (or if it is exactly the one you tried)!

Maybe I should spray A2 as well.
If we think we recognize something (which could be because of the sneaky theme ) should we PM it to you?

What do think, Warum? Start by getting the notes in A? The mood, overall impression?

[Note: Haunani starts at 9 PST unless she hops on board earlier]

Nostalgie said:
What do think, Warum? Start by getting the notes in A? The mood, overall impression?

[Note: Haunani starts at 9 PST unless she his on board earlier]
Click to expand...


I think we can do both ways, notes and overall impressions. TWolf always suggests finding perfumes that are similar, which is really interesting because of our theme.
I'll say, let the sniffers be free to explore their associations and impressions from the perfume, be it notes, overall feel or more "sisters"! What say you?
Currently Wearing: Fancy Nights by Jessica Simpson

Sounds good. DD, start with you reaction to A. The notes, or the mood , anything.

Let me tell you my preliminary thoughts on A. I think it has an old vibe but it probably isn't. It is very interesting and unconventional so I would guess this is the niche one. It may be independent too, I don't know, but it seems very well crafted, so for now I will stick with my niche guess.

In case, there are spectators who would like to get involved, it is almost clear. I would say it is an EDT, judging from the strength and consistency. If this is indeed a niche perfume, then it is totally unisex. If it is nit, than I would lean towards feminine.

Overall, I love it. With all the smoke around me, I still can't keep my nose away from my wrist.

Are you detecting any notes, or accords, or a relation to a more general perfume category (scent-wise, that is?)

I applied some on piece of paper. It is very animalic and on my skin it got much sweeter and ambery than it was a little while ago. I smell a lot of musk on my skin. On paper, I guess I can smell some flowery notes, but not on my skin, at least not anymore.

You are off to a great start, DD! We'll hold off on confirming the details one way or another details until the other time zones kick in., but keep describing!

I think I know what it reminds me of. I do not have a sample of that particular perfume, so there is a small chance I actually know what it is. hmmm....

I absolutely love this one. I hope I am completely wrong and it is a very cheap drug store perfume. Because I want to buy about a liter of it!

You have a great nose, DD!

[I fell in love with a perfume during a blind sniff, too. ]

darkdreams said:
I absolutely love this one. I hope I am completely wrong and it is a very cheap drug store perfume. Because I want to buy about a liter of it!
Click to expand...


LOL, that's what we'd like to hear! Blind sniff allows us to discover not only perfume hates, but also perfume loves.
I can only repeat what N. said -- you're off to a great start, DD. <3
Can you compare for us paper/skin performance for this perfume when it gets a chance to develop a bit more?
Currently Wearing: Fancy Nights by Jessica Simpson

I sent in my first guess. It is the one reminds me of. Maybe it is just a twin sister...