Aventus VS Ganymede VS Bois Imperial

I've been really into Bois Imperial lately, even though I usually dismiss the entire category of modern, synth woods and ambrox-derivative fragrances. I've noticed that it has some similarity in structure to Aventus and Ganymede (apple, calone and fruit, suede/leather and a base of vetiver, woods and salty, ambrox / transparent musk).

I would never confuse one for the other, but I'd lump them into the same category of modern freshies with ambient (yet nuclear) projection. All three are incredibly charming and often complimented fragrances for me, even with one spray.

Which one do you prefer and why? 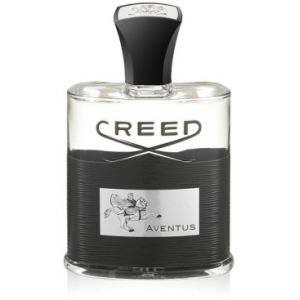 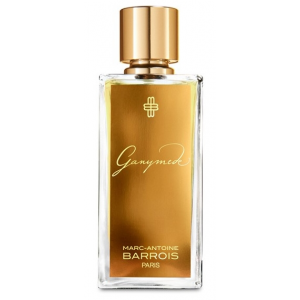 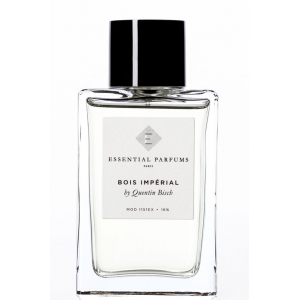 Performance wise, the first two are in another league

Aventus is by far the most pleasing to my nose. incidentally part of that is to do with the performance of the other two being on the nuclear side and thus an overdose of certain synth-wood materials.
Currently Wearing: Memori : Poudre Matcha by Kenzo

Own and love all three, but prefer Aventus, because it smells best to me.
K

All three are good, Ganymede that extra bit of class for me

Aventus for me. I find the metallic note in the other two a bit jarring.
Currently Wearing: Galloway by Parfums de Marly

I actually just received my bottle of Bois Imperial in the mail this morning and have been test driving it all day. Really loving it so far. Ganymede's opening is a bit more challenging than BI but I think I like the base of Ganymede slightly more. Aventus is also great but I prefer Aventus Cologne to the original.
Currently Wearing: Wendover by Clandestine Laboratories

Performance wise, the first two are in another league
Click to expand...

This.
I am biased though - I do not like Aventus' popularity
Currently Wearing: Black Jeans by Versace

Popularity and price of creed drops it to second place
Currently Wearing: Enclave by Amouage

Aventus for me as the better scent all round.

Bois is tops for value, performance, and uniqueness.
Aventus is second but potentially joint first if I hadn't already worn it for a few years.
Ganymede doesn't do as much for me and is way overpriced. I think people are blowing smoke with the whole "It smells like another planet" reviews.

If Bois becomes popular enough that I smell it out and about I would be far less likely to want to wear it, as happened with Aventus when it became popular with all the city boys where I used to work.
Currently Wearing: Eau d'Hermès by Hermès

For me in order
Ganymede
Bois Impérial
Aventus

I also agree with @Foxsbiscuits the reviews of Ganymede especially on the other site, they are just just inane.
That said I do like Ganymede the best, because for me it just smells awesome and lasts and lasts without getting sickening.
Bois gets on my olfactory nerves sometimes. While Aventus is the thirst trap of frags to me.
Currently Wearing: Drakkar Intense by Guy Laroche

Foxsbiscuits said:
Ganymede doesn't do as much for me and is way overpriced. I think people are blowing smoke with the whole "It smells like another planet" reviews.
Click to expand...

I feel the same way about Ganymede and Aventus, both are overpriced.

The first time I wore Ganymede, I was definitely transported, and I have to admit, it did feel otherworldly. But after a few wears, my brain deconstructed the main accords into their constituents and it became a little less magical. It's mostly a bunch of notes that I've smelled countless times before, but in a creative combination that surprises and delights: green apple, calone, spice (cumin, cardamom, pepper), akigala/patchouli, leather, "salt" and iso e super.

Like you, Bois Imperial is my choice too, among the three options, because it's so uplifting and easy to wear in any situation. The price point is amazing too. Ganymede is too strong and polarizing for me to wear comfortably, and Aventus isn't as delightfully weird or compelling as Bois Imperial or Ganymede.
Currently Wearing: Number 3 / Le 3ème Homme / The Third Man by Caron
H

You're leaving out the newest Kenzo EDP, also a Quentin Bisch creation and much in the same vein as Ganymede. It is much better than Bois Imperial, which IMO removes everything interesting about Ganymede and replaces it with Grey Vetiver. It's fine, but it's not a Ganymede replacement. Ganymede is still the best, but if you want a more mainstream, crowd-pleasing version, go with Kenzo
K

I never smelled Ganymede so can't really compare but own both Aventus and Bois Imperial. I still prefer Aventus, but they are both really good, though cost wise you really can't beat Bois Imperial.

It simply smells better, last forever on me.

The other two are too synthetic, screechy, and give me headaches.
Currently Wearing: Royal Mayfair by Creed

hanginglimbs said:
You're leaving out the newest Kenzo EDP, also a Quentin Bisch creation and much in the same vein as Ganymede. It is much better than Bois Imperial, which IMO removes everything interesting about Ganymede and replaces it with Grey Vetiver. It's fine, but it's not a Ganymede replacement. Ganymede is still the best, but if you want a more mainstream, crowd-pleasing version, go with Kenzo
Click to expand...

Thanks for pointing out the Kenzo EDP. I found a bottle for a good price and rolled the dice on it. Make sure you get the bamboo bottle and not the Kenzo PH EDP from 2016!
Currently Wearing: Wendover by Clandestine Laboratories

I'm going to be trying Bois Imperial very soon I am stoked and excited to experience what the following is about. Creed Aventus 17W11 specifically was on another level the most joy from a fresh fragrance I ever experienced fresh juicy strong pineapple and the excellent woody dry down!
Currently Wearing: Beau de Jour by Tom Ford
B

Performance wise, the first two are in another league
Click to expand...

Aventus woulda been right up there in 2010-2015. Performance wise add id Baccaract

Havent tried Bois Imperial. But I have a sample of Ganymede and a 2011 bottle on Aventus. Comparing the two I actually don’t like Ganymede at all. Performance wise my now a decade old Aventus is a nuclear bomb though Ganymede performs pretty well too.
L

Out of interest, when did the Aventus performance take a nose dive? Few years ago or longer?

I received my 10ml Bois Imperial yesterday and judging by the fact a half spray on my arm lasted overnight it's REALLY powerful stuff! As soon as I sprayed it it filled the immediate space around me and I could smell nothing else as I walked around the house and into the garden. The opening blast is lovely though and has a sparkling, translucent quality. It really seems to jump off your skin! The drydown seems dominated by a light, airy Vetiver but then, after around 5 hours, it started to smell more like the initial spray as if the top notes somehow came back.

I'll be giving it a proper wear tomorrow and will see what that brings...!

FullCollapse said:
Thanks for pointing out the Kenzo EDP. I found a bottle for a good price and rolled the dice on it. Make sure you get the bamboo bottle and not the Kenzo PH EDP from 2016!
Click to expand...

Looking forward to hearing your thoughts on it, and how it compares to Ganymede and Bois Imperial.
Currently Wearing: Number 3 / Le 3ème Homme / The Third Man by Caron

For me, Ganymede was far closer to Tom Ford Grey Vetiver than it was to Aventus. The addition of mineralic notes was genius but overall it is far more derivative than some people make out.

I haven’t tried Bois, but I would definitely take Ganymede over a current formulation of Aventus. But then I would prefer a good Aventus clone like CDNIM Parfum over Ganymede.
Currently Wearing: Light Blue pour Homme Swimming in Lipari by Dolce & Gabbana
B

lfc1892 said:
Out of interest, when did the Aventus performance take a nose dive? Few years ago or longer?
Click to expand...

of the 3 - Ganymede by far. I think it is the much better composition. Least linear. Really nice.
Currently Wearing: Ward by Al Shareef Oudh

I'm just giggling at the complaints of Bois Imperial being "synthetic" when it is 93% natural which is way more than Aventus
Currently Wearing: Bois Impérial by Essential Parfums

lfc1892 said:
Out of interest, when did the Aventus performance take a nose dive? Few years ago or longer?
Click to expand...

Not only performance, but the smell too.
Currently Wearing: Bois Impérial by Essential Parfums

I’ve got 10ml of BI on the way. I’m looking forward to seeing how what I smell compares to what I’m reading.
Currently Wearing: Whiskey Reserve by Bath and Body Works

I have no doubt Ganymede would be my pick of the 3... I'm currently on the hunt for it but I just can't find any full or partial bottles anywhere so I'm considering getting Bois Imperial instead, since my research has led me to it as the best alternative.

From my entire collection, Ganymede is one fragrance that has really intrigued me with its composition and sheer strength.
Currently Wearing: Ganymede by Marc-Antoine Barrois

Timothée Kal said:
I'm currently on the hunt for it but I just can't find any full or partial bottles anywhere
Click to expand...

There are online retailers in the US and Europe that currently have it.

Aventus smells so much better than the other two it's not even close.
Currently Wearing: Memori : Poudre Matcha by Kenzo

After a while I need to reconsider this.

My wife has stolen Ganymede from me. It can be intoxicating to whiff as she walks by. But can similarly be "too much" at times (hours after application) - it is truly a nuclear scent. Overall though I adore it on her.

I suspect Bois can be similar although I cannot smell it on myself after a couple of hours. It does seem "thin" to me lately though.
Currently Wearing: Enclave by Amouage
D

Judging by likes and reminds on Fragrantica I am not sure I will enjoy either Ganymede or Bois Imperial. Aventus is ok.
Currently Wearing: Kouros by Yves Saint Laurent
Forum Jump

Recommandations of special fragrances for a SPECIAL day

How i can determine which notes or scents make me love a frag. / All of my notes on frags.

J
Aventus has helped me end my fragrance addiction

"Fast" Fragrance: has instant gratification taken over the world of perfume?