20-23 Sprays of Perfume to make it last Longer and Apply Oil before it ? Would you do it ?

Pippin06 said:
I had 2 female colleagues complain--while we were outdoors--the day I wore 3 sprays of Bois Imperial by Essential Parums
Click to expand...

I can't comment about this particular scent, but in my experience some people will complain every time you wear ANY detectable fragrance.
Currently Wearing: Rien Intense Incense by Etat Libre d'Orange

There's a difference between wanting to smell good and needing everyone who comes within a mile of you to notice your scent. Figure out what's gone so wrong in your life that you've become this desperate for attention. I know that sounds cold but it is a truth you need to read. Perfume cannot solve personal problems.
Click to expand...


L'Homme Blanc Individuel said:
This thread reminds me of the guy who posted here wanting to know if he'd get better projection by spraying his testicles. He was serious. It was a very clear sign the guy wasn't well.
Click to expand...

That was... interesting, I suppose? 😐


L'Homme Blanc Individuel said:
This thread reminds me of another guy who wore so much fragrance that the driver of the cab he was in stopped the car and got out. He posted that story here too, thinking the cabbie was racist or homophobic (when in reality, the poor cabbie probably couldn't breathe).
Click to expand...

And THAT is how my aversion to Acqua di Gio started.


L'Homme Blanc Individuel said:
This thread is a cry for help, and I don't mean help with getting more projection.

This. Something is wrong. Even if a guy is desperate for attention, 7-8 sprays of Interlude 53 is madness. 12-13 sprays is a cry for help.
Click to expand...

Or a call for the exterminators?
Currently Wearing: Rien Intense Incense by Etat Libre d'Orange

How did I miss that thread? No, haven't searched for it yet..... but am thinking the replies have to be truly laugh out loud unless everyone decided on the "not well" and restrained.....
Currently Wearing: Dark Rebel by John Varvatos

L'Homme Blanc Individuel said:
Something is wrong. Even if a guy is desperate for attention, 7-8 sprays of Interlude 53 is madness. 12-13 sprays is a cry for help.
Click to expand...

Maybe a cry for help on how to avoid buying counterfeit fragrances? 🤷

Most likely seems like a case of OP giving himself partial anosmia or as suggested perhaps he has some undiagnosed health issues affecting his sense of smell.
Currently Wearing: Continuum [12:00 GMT] by Tumi
A

NZFH said:
I once sprayed 6-8 sprays of Interlude Man and I got a headache and felt physically ill !!
Click to expand...

Well ! On the contrary when I spray Interlude-53 in excess it makes me feel like a Greek God. There Is some oomph about it. Which screams Suave Dude !

L'Homme Blanc Individuel said:
This thread reminds me of the guy who posted here wanting to know if he'd get better projection by spraying his testicles. He was serious. It was a very clear sign the guy wasn't well.
Click to expand...

I'm sure it was super serious... 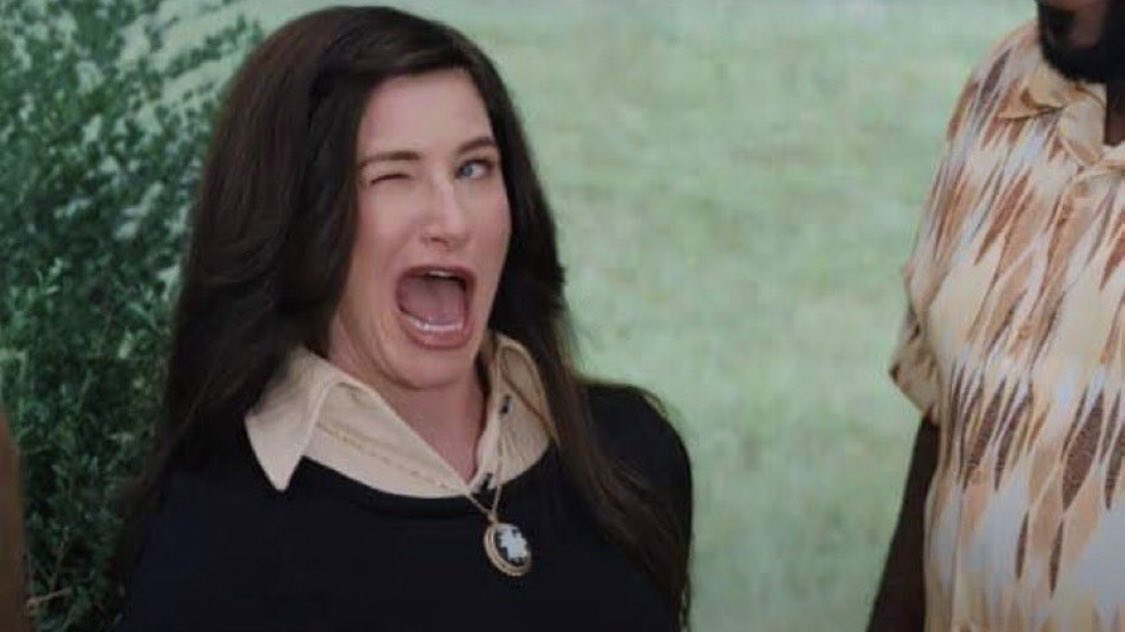 augustya said:
Well ! On the contrary when I spray Interlude-53 in excess it makes me feel like a Greek God. There Is some oomph about it. Which screams Suave Dude !
Click to expand...

Happens to be my Favourite Scene. Ah, MIchella "CurlyFragrance". Quite a personality. I saw her video on how to apply fragrance a while back, and it did influence me to spray a little more than I would before, especially with lighter citrusy fragrances. However, do I ever come close to 20+ sprays like she talks about? Nah. I think it works for her, because she has this loud, unapologetic personality. And she's a very fit and attractive woman to go along with her confidence. For her, perfume should radiate like her brash personality and sporty appearance. But what works for her isn't going to work for everyone else!


NickZee said:
I try not to watch her videos because all the innuendo is inappropriate and degrading, even that opening line makes me gag. She did a video with Demi Rawling recently and she was completely outclassed by Demi’s professionalism.
Click to expand...

Well for me, all the inappropriate humor and innuendo makes her entertaining. It makes her stand out amongst the rest of the fragrance "influencers". It's funny you mention the video she did with Demi Rawling. Michella, and her friend "Ms Fresh", also did a couple videos with Andrea of "CurlyScents". Andrea is pretty laid back, but not as...colorful as Michella is. Those videos were basically 15 minutes of Michella and her friend teasing and bullying Andrea with all that inappropriate humor, but it was fun to watch. There was also a vibe of Michella sort of "asserting dominance" over Andrea.

The video with Demi has a totally different vibe. Demi does have an air of class and professionalism...which doesn't gel at all with Michella's style. It's almost like Demi's energy is so indomitable, you can tell she wouldn't take sh*t from another woman. Michella's energy is all about giving other people sh*t, but she can tell that wouldn't go over well with Demi. So, Demi actually makes Michella nervous. Michella has to mute her own energy. It's an interesting contrast, but the video with Demi and Michella ended up being kind of awkward to watch and not very engaging. And personally, while I watched some videos from Demi early on when I was first learning about fragrance, she isn't an "influencer" that I regularly watch (while Michella and Andrea are). All that professionalism comes with a feeling of not being entirely genuine.


_Nicolas_ said:
Hehe, I can certainly understand why people give up on fragrance YouTube, nearly did myself a few months ago! But there are some fantastic content creators on there, like JJ Colbourne and Persolaise. As a keen gardener, I particularly love JJ's botanical knowledge in relation to perfumery. Not a fan of Roja Dove's fragrances, but I thoroughly enjoyed this talk he gave about fragrance through the decades. I suppose my point is that there's a lot of great content on there, you just have to dig for it!


EDIT Presentation properly starts at about 10 minutes
Click to expand...

A
My Experience of Wearing Stronger with you Absolutely !

What do you need to study to learn how to make Fragrance Oil even if you are not in School?

A
Stronger with you series ! Even a Woman can pull it off ?

D
What do you do with perfumes you dislike?

Wednesday at 1:24 AM
leffleur
L

What Do You Find More Attractive on a Man--Nice Shoes or Perfume? Ladies Only
2