About White Linen by Estée Lauder

Where to buy White Linen 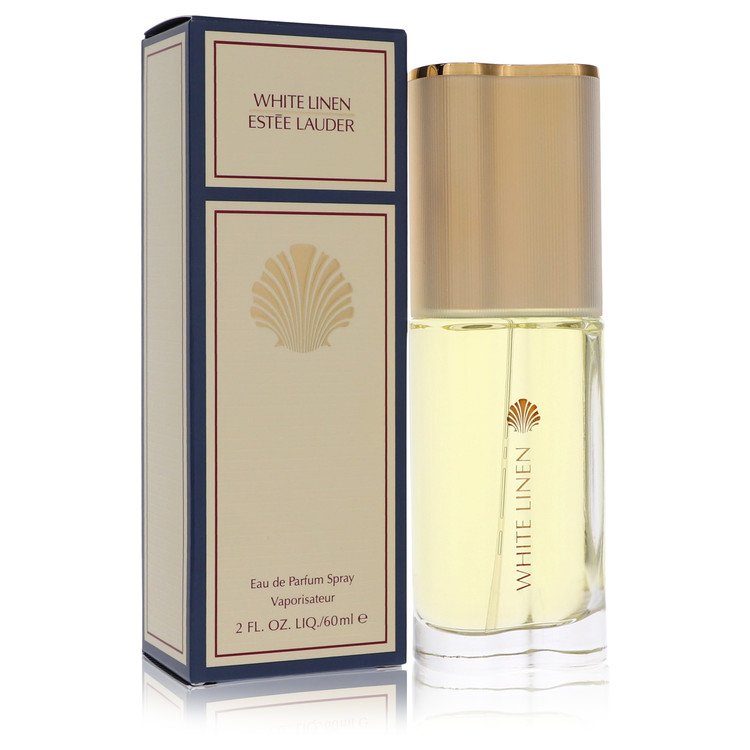 There are 64 reviews of White Linen by Estée Lauder.

Dane
Show all reviews by Dane
A beautiful, crisp white floral of impeccable cleanliness, all while not crossing the "fresh" cliché. Easily the most impressive use of aldehydes outside of No. 5.

Classic, beautifully made and impossibly tidy. Easily worn by both sexes, ideally in small quantities so as to avoid smelling "functional".

Wild Gardener
Show all reviews by Wild Gardener
Sophia Grojsman's perfumes are characterised by two things : their rose-violet theme, and their structure based on methyl ionone, Iso E Super, Galaxolide and Hedione. It's a blend that bears her name, the Grojsman accord. (There's a video on YouTube explaining how it works.)

White Linen was Sophia Grojsman's first perfume, and it can be read as her manifesto.
It's a re-working of the rose-violet bouquet, which was popular in the Early Modern era of the 1890's. But here it's been done in a revolutionary new way, based around a massive synthetic structure that's quite unlike anything that existed in the time of mainly natural perfume. In effect she took an old genre and made it brand new again. The fact that White Linen is an aldehydic rose-jasmin - and it resembles No5 - makes it even more audacious. Grojsman was in effect squaring up to Ernest Beaux, just as she took on the male establishment at IFF, and showed them she was their equal.
And she has the imagination and skill to prove it.

White Linen is a rose-violet bouquet, fruity soft, and headed by an unctuous citrus-mandarin accord - as well as the aldehydes - and at the bottom there's a creamy and slightly woody foundation that smells a bit like clean laundry. And, because I tend to smell rose bouquets as pink, my mind always objects; to me this smells like Pink Linen... not white.

Sophia started as she meant to go on - with this superlative rose-violet, and since then the majority of her career has been involved in exploring the variations of this. As I wrote elsewhere, I think she is the Cézanne of perfumery, and not the Picasso that some have said, but there is no shame in this. Cézanne was the visionary, without whom there would have been no Cubism. And without Sophia Grojsman, there could have been no monumental style of synthetic perfumery, a style that was to be an important influence on the Eighties, and beyond.

But Grojsman was more than a revolutionary technician, she is a visionary artist. She is on record saying that, to her, perfume is music for people's souls. And if that's so, this is her choir of heavenly cherubim. Lovely.

#230485
M
Missionista
Show all reviews by Missionista
I like the floral notes, although the animalics can get to be just a bit too much for me. It lasts a long time, especially if it gets on clothes. I actually like the far, far dry down better than any other part--smelling it on a shirt two days later is lovely.

I happily used my sample, but will probably not repurchase, as this reminds me a bit of my mother-in-law, and I want to smell different.
#223888
I
InTheIvy
Show all reviews by InTheIvy
"White Linen" is, I believe, the worse fragrance that I have ever had the displeasure of smelling. If one's goal is to smell like baked and dehydrated urine blended with laundry detergent, then "White Linen" is the fragrance to choose.
#218896

rbaker
Show all reviews by rbaker
A freshish florally immersed aldehydic blast greet me with a bright "hello"! Associated with a pear-peachy fruitiness, a few early floral components soon develop: a soft ylang-ylang with a nice muguet impression - both smooth and both are pleasantly sweet.

The second phase completes the shift towards the floral: lilac and rose initially, later on also the aromas if orchids and a light jasmin. All these are nothing extraordinary, and quite agreeably executed.

The base brings another turn: a honeyed vanilla cinnamon sweetness pick up where the ylang-ylang left, with woodsy-ambery undertones providing a good counterbalance to the sweeter spots.

This is a pleasant spring day scent, although no match to the others of the triad is was released with. Some ingredients are well made, some are a tad too generic, but it is blended quite well and shows considerable variability throughout its development - this prevents too much boredom in this somewhat lighthearted and predictable composition. Given its performance is solid, this pushes it - just - across the line into positive territory. 3/5.

Add your review of White Linen Members who own White Linen