About Vetiver by Guerlain

This popular fragrance by Guerlain was relaunched in 2000 with new packaging, a new bottle (designed by Robert Granai) and new colour juice. According to Guerlain, the scent remains unchanged and is as good as it ever was.

Where to buy Vetiver 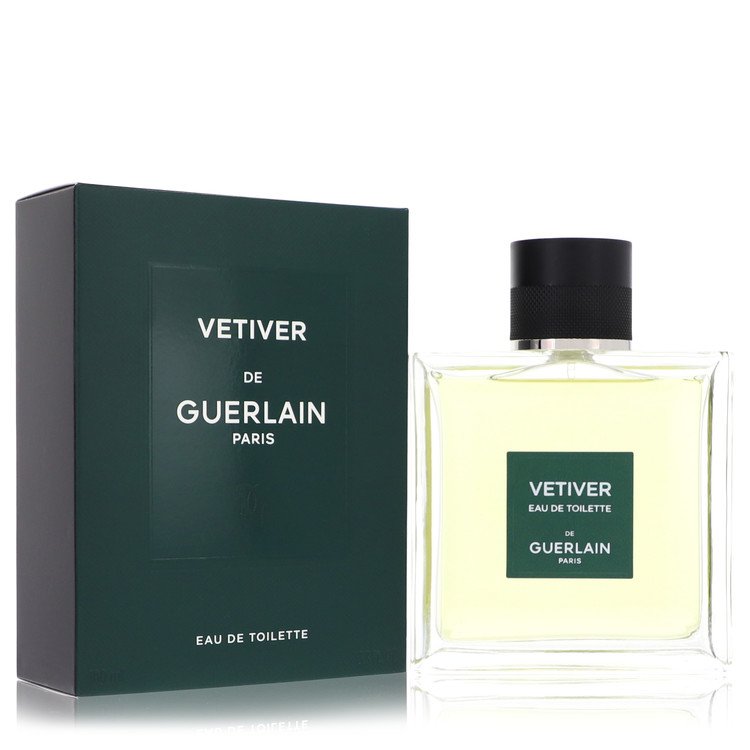 Vetiver on eBay (Vetiver by Guerlain)

Reviews of Vetiver by Guerlain

T
The Fed
Show all reviews by The Fed
I remember the first time I was made aware of Vetiver was a few years ago... some Esquire or GQ or other men's mag article mentioned that the Governator, Arnold Schwarzenegger used Vetiver as his signature scent.

The was pre-scandal Arnold who was acting governor of California at the time so it was a compliment paid to Vetiver. And while I didn't rush out and buy a bottle, I made a mental note.

A few years later, after tiring of dumb grab fragrances I decided to build out a more sophisticated collection. The memory of Vetiver bubbled to the surface and I decided to find it and figure out what it was about. I had expected a fairly expensive bottle, after all my intel was on a guy who rocked Patek Phillipe and Audemars Piguet watches so I expected his fragrance to be Creed, Penhaligon territory I was pleasantly surprised by the modest price tag and snatched up a bottle of the modern formulation.

I wasn't very excited on first exposure. I got a bug spray vibe from it the first time I tried it and after a couple of attempts was going to write it off.

But 3rd time was the charm... After I hopped out of the shower, with the air still steamy I put a couple blasts on my arms and a couple blasts on my collar bones and started getting a better picture... There is this synthetic compound in Vetiver that can sometimes spoils the opening for me, like I said, kinda like bug spray but I don't always get that. .

It has a green grassy, citrus opening that almost immediately disappears, after which there is this savory herb note for a moment before the spice takes over. The spice is unusual in that it doesn't have any sweetness to it. It has the spice of something like cinnamon without the sweetness you normally encounter. It implies sweetness it just never manifests and there is this almost black pepper note that I think may be like the peppery part of a tobacco.

And that is pretty much where it stays.... Essentially it is a spicey, peppery tobacco wood (that is the best I can do using words to recreate a scent).

It doesn't really project and isn't a compliment monster. I also found that if you reapply a couple 2 or 3 times throughout the day, by the end, the dry down becomes less pleasant, almost like pickle brine... for lack of a better word, so it's best to apply once, maybe refresh a few hours later and call it good.

Certainly not an everyday thing for me.... I do wear it at work sometimes and I think it is a good warm weather scent that I enjoy after a shower on the weekend but it's more of a specialist than an every day generalist fragrance.

AspicMyopic
Show all reviews by AspicMyopic
Guerlain Vetiver is a masculine aromatic fragrance and a timeless classic. It opens with beautifully blended citrus and tobacco notes. As it settles on the skin there is a mild spiciness as the nutmeg and pepper notes begin to play. The fragrance dries down to a lovely fresh woody vetiver, the tobacco seems to persist although more in the background compared to the opening. So much has already been written about this masterpiece of men's perfumery. What I can say is that 60 years after it's release Guelain Vetiver is still both masculine and refined. I find this fragrance very comforting to wear. This is a mature man's scent, that is not to say a younger man cannot pull it off, but this is not the fragrance for a younger man going partying, clubbing or on a date. But for a man aged above 35, professional, in a suit or the older man at home or out and about this fragrance is stellar. Guerlain Vetiver has strong projection and I find two sprays on a warm day to be sufficient. The fragrance lasts a good 6 or 7 hours on my skin. One of the best in my collection and, for the price you can pick it up for, it's one of the better value quality men's perfumes.
#248045

Andy the frenchy
Show all reviews by Andy the frenchy
Review for the vintage Eau de Cologne (green cylindric plastic bottle with round 'window' in the middle from the early 80's, according to the seller):

In the top, I get a blast of citrus, that will swapped shortly after for a mix of aromatics (probably petitgrain, basil and tarragon, but possibly also artemisia and/or rosemary) and spices (mostly a dry nutmeg, but also coriander and black pepper). Only in the base will the vetiver go a bit more in the front, supported by moss and labdanum, that will give an overall impression of tobacco - with the aromatics still clearly present.

I was expecting a 'dated' version of the current juice, but what I got here is a citrus/aromatic chypre, that stand way closer to L'Homme de Gres, than to current Guerlain Vetiver EDT. In the vintage EDC, vetiver is not the star, but a noticeable note of a perfect blend. Only in the drydown will it start showing similarities with the current EDT. If anything, this one stands as the grandfather of Vetiver Extreme, more than Vetiver.

Guerlain never disappoints. This one is no exception. Unfortunately the price resulting from its scarcity prevents me from buying a full bottle, but alternatives navigating the same waters are gladly still available for decent prices.

Guerlain wraps their vetiver in a full green chypre, mossy bergamot, galbanum, and grassy patchouli. They add a pinch of something bleachy to play up the vetiver's natural iodine quality, and some cinnamon/mace spice notes to amplify its nutmeg nuances as well. There's a time, hours in, where a spicy, doughy gingerbread sneaks in under the vetiver which is my favorite part. Though I must admit that the bleachy iodine element has always kept me from falling truly in love with this.

Thumbs up, of course, but with the caveat that there are so many good vetivers out there that it's worth the effort to be picky and find one that's perfect for you, and this may not be it, despite its iconic status.
#236056

Brooks Otterlake
Show all reviews by Brooks Otterlake
This hardly needs my commendation, but it's indisputably the greatest of the great vetiver scents. A perfect embodiment of 1960s manly man masculinity (Connery might have worn Jicky in real life, but his James Bond would undoubtedly have preferred the more direct and bold Vetiver), it's a study in how to make a fragrance that is both straightforward and dazzlingly rich.
#235410

aero58
Show all reviews by aero58
Im wearing Guerlain Vetiver Eau de Cologne (from a 5ml atomizer decant) for the second day in a row  full wearings (previously, Friday evening, I had given it a little test run to get an idea of what it might be like). Here are my brief observations  not a review, per se, but more of initial impressions:

Ill state up front that I totally dig Guerlain Vetiver EdT  its the benchmark vetiver that I judge all others (and I have tried/sampled more than a few). So I was really stoked to try the vintage EdC, which I didnt know was an earlier offering until recently.

When I had given it the little test run the other evening (only 1 spray to my forearm), I thought it seemed more like a weaker version and not as long lasting as the EdT that I have (my EdT bottle is not the current version/bottle in the stores now, but Im guessing the one right before it  I think I got it about 7 years ago). Fast forward to now, after two full wearings. (Day 1 was 5 sprays; Day2 was 3 sprays @ 4:00am, but then a couple for refresh at about 3:00pm)

OK, this EdC is certainly not a weaker version of the EdT  its got plenty of longevity for me  most excellent! (So much for first impressions, eh? Although, I shouldn't be surprised with just one spray on that test run.) Both yesterday and today it lasted for at least a solid 8 hours, although not a big projector, but it doesnt wither completely away either. Note-wise, overall, the EdC has a more citric opening to me than the EdT, specifically a lemon note, which is wonderful. The vetiver is clean and wears comfortably. The most distinguishing difference to me is that the EdC does not have the EdTs tobacco note in the dry down  at all  none. So basically, to sum up, I could say that the EdC is the EdT without the tobacco. That actually isnt a bad thing at all. As a matter of fact, I could see wearing the EdC year round, and perfect for an office/work situation. One can also be quite liberal with the number of sprays with the EdC  I dont see how it could become cloying.

Bottom line: I definitely dig it! Do I like it more than the EdT? Hmmmm, hard to say after just 2 wearings  certainly as much - but I think that I could easily be swayed to favor it. Do I like it enough to pay for a full bottle with the bay prices that its fetching now? Only if I didnt already have a bottle of the EdT. But then againhmmmm.

Add your review of Vetiver Other perfumes launched in 1961 Members who own Vetiver

A
Bel Ami Vétiver is discontinued

Search for Vetiver by Guerlain on the Basenotes forums.
Top