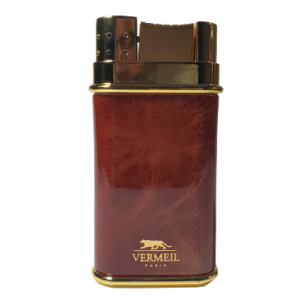 About Vermeil for Men by Vermeil

Vermeil for Men is a men's fragrance by Vermeil

Where to buy Vermeil for Men

Reviews of Vermeil for Men by Vermeil

There are 30 reviews of Vermeil for Men by Vermeil.

Shahbaz_2009
Show all reviews by Shahbaz_2009
This fragrance is unique as hell, but you definitely you have to be confident and have the right mind set to wear. Outdated? It is a matter of opinion. If being modern means spending outrageous prices for poor performance if hyped niche, then modernity has an issue. At least the 80's are remembered by the fragrances. This is of niche quality. Utter masculinity from the beginning to the end, blending quality is superb. Teenagers, metrosexuals and the like should stick to their aquatics and gourmands. Frankly you need to have attitude, loads of it, to wear this without feeling or smelling incongruous.

If you don't like a huge, retro opening of sharp coriander, galbanum, fresh squeezed lime and warm leather blended with green notes-then don't even consider buying it. A fresh and smoky opening, the citrus trees and the herbs take you to a green, leafy landscape, a fern world of the dinosaurs, without fumbling, well measured, the smoky background is soft, appears the oakmoss,. I notice rose quality-and definitely carnation and geranium here, all playing with harmony to compose one of the finest classic fragrances. Vermeil For Men has an unmistakable old school feel about it, macho but sophisticated, that will garner attention whether you like it or not. it immediately puts you in the shoes of someone who has come from money, with a finely honed ruthless streaks.

Ed Wardian
Show all reviews by Ed Wardian
Here we have a heady, pungent, soapy nod to the 80's green powerhouse signature, parted as a floral tobacco comb-over. Unfortunately housed in a cheap pop-up lighter with a faulty mechanism that sprays clumsy spurts through a sideway slit, it surprisingly dazzles as a quality composition likened to an illusory burly leaf dipped in porto wine, patchouli and oakmoss... Surely, it has nothing in common with its peers apart from the tobacco floral trend of the 90's in spirit and more kinship with the likes of Oscar de la Renta Lui, Salvador Dali Pour Homme, Loris Azzaro Acteur, Giorgio For Men, Zino Davidoff and even Grey Flannel... Vermeil opens as a bold apparition of cherry' leather fumes that emanate from a mix of galbanum greenery, citrus hints and plummy blackcurrants before springing up bright and rosy with indolic soapy florals that are honeyed, dusted, and even spiced with a coriander pinch before being grounded to a powerhouse base of oakmoss, patchouli, musk and vetiver. Overall, the effect is beguiling given that there is no apparent tobacco per se in this seamless blend yet it is very much one in its balance… This is mature seasoned fragrance, one that has remained plainly under the radar since its 95' christening and one that manages to hold up distinctly well alongside its wheelhouse of inspiration… That said, Vermeil Pour Homme would be far more enjoyable if the darn trigger worked effortlessly! Certainly one for the lore, one for the collector, one for the connoisseur, one for the curious, one for the budget minded, who happily steer in this aforementioned direction.
#247343

Vermeil For Men wants desperately to be what Roger & Gallet Open is - Living large like a Boss, chewing on a cigar and rubbing shoulders with the other powerhouses in 1985.

Instead, Vermeil is a pretender arriving late to the party, smoking Virginia Slims and wearing a suit off the rack with shoulder pads in 1995.

This doesn't mean it's a bad fragrance. Not at all. But, when your bottle is designed to look like a retro zippo you need to have presence and bring more to the table than just - meh.

I get a little soap in a powdery form and a very rich level of musk. It's the same kind of musk found in Salvador Dali Pour Homme (1987). A Lapidus Pour Homme (1987)style pipe tobacco note surfaces mixed with a dark and sweet blackcurrant liquer and it smells good as a combination. There's something of a mild leather impression dwelling in the mid section though I can't tell if it's the musk and tobacco contact causing this. This fragrance mellows down from the soap and musk.

Vermeil for Men (1995) has powerhouse strength and late 80's inspiration through and through. The notes quality in this are definitely not bottom shelf and this is very wearable. On the other hand it is a very rudimentary design with it's limited amount of notes. Vermeil for Men was a thick and smooth musk fragrance with a tobacco and sweet liquer twist. I like a good musk scent so I find this fragrance to be a keeper. Though someone pursuing this for that next jonesing of a dry, spicy, and earthy tobacco scent may find Vermeil for Men to be unique...or they could find it boring.

Varanis Ridari
Show all reviews by Varanis Ridari
Jean-Louis Vermeil is, or perhaps was, a house shrouded in mystery. Nobody knows where it was headquarted, or anything about Jean-Louis Vermeil himself, but the house sprang from nowhere in 1987 and released a series of his and hers scents starting with Maïssa (1987), Casaque (1988), Imagine and Imagine Pour Homme (1989), Imagine Bleu and Imagine Design Pour Homme (1990), before finally laying low for 5 years and returning with the eponymous Vermeil and Vermeil for Men (1995). Vermeil for Men would be followed-up by a series of color-coded flankers throughout the 90's and early 2000's, while the house also released other fragrances with interesting bottle shapes before vanishing. Any internet searching for the address yielded on the bottles turns up a vacant building, while searching for Jean-Louis Vermeil himself will turn up little besides a blurb about the guy being a trained perfumer and getting a business degree in 1980 before magically finding capital to launch a perfume house. There's also a Jean-Louis Vermeil winery, named after the grandfather of retired football coach Dick Vermeil, but the businesses are unrelated. The smell of Vermeil for Men is such an anachronism for it's 90's time period, feeling much more 1980's with it's soapy introduction and slightly animalic floral middle, getting down to business with tobacco at the end, that I'm surprised it has the following that it does, and launched a series of flankers. To make things more tongue-in-cheek, the bottle design of Vermeil for Men is one of the gaudiest I've seen since 70's Avon, being shaped like an actual high-end cigar lighter, with metal flame guard and all, but housing the overwrought perfume sprayer mechanism that's of shaky durability at best.

The smell of Vermeil for Men is quite perplexing as well but also quite good, like a staunch fist shake at conventions of the day by Jean-Louis Vermeil himself, since there's really nothing 90's about it. In fact, we might have another old formula brought to light past it's prime, just like Guerlain did with Coriolan (1998), but with the Vermeil scent, they were only halfway through the next decade rather than near the end of it. As it stands, Vermeil is a very 1980's blend of soapy citrus, rose-lead florals, and 90's-style tobacco nestled on a bed of of patchouli, leather, oakmoss and musk. It's like somebody took the opening of Lomani Pour Homme (1987), married it to the heart of Salvador Dali Pour Homme (1987), and the base of Boss/Boss Number One by Hugo Boss (1985). There's the squeaky-clean bergamot, mandarin, and juniper opening, with a sweet black currant undertone. The middle quickly goes into that dark and murky rose, saddled with ylang-ylang, freesia, violet leaf, and a geranium that sticks out almost as loud as the rose, but lasts longer than the other flowers in the mix. Once the base reaches skin, the florals subside into a piquant aura while patchouli, suede leather, civet, oakmoss, musk, cedar, and vetiver make something that feels like a cross between the aforementioned Hugo Boss scent and maybe also shades of Calvin by Calvin Klein (1981). Then of course, there's the tobacco, which is the one thing actually trending in men's fragrance during the 90's when this was released, and sticking out like a sore thumb compared to rest of the blended base. It almost feels to me like that tobacco was tossed in along with the lighter-shaped bottle, but it's that very same tobacco which makes this so amazing and unique. Blind buys are recommended for the low asking price, especially if you love anything like what I've mentioned above. Vermeil really is almost right in that late 80's pocket, and I do mean just almost, but I don't mind one bit!

It's difficult to say where this stands in the greater scheme of things because it was released way too late for it's style, by a house hardly anyone heard of, and certainly didn't find an audience as the aftermarket is still aswim with the stuff, while other more period-relevant Vermeil scents have risen in price after the house vanished. Vermeil for Men is surely a vintage hound's treasure hunt find, since it's that rare 90's scent which doesn't smell like the clean and boring 90's, but rather is stuck in 80's powerhouse mode, just with a leafy tobacco finish giving it a slight link to stuff like Dolce & Gabbana Pour Homme (1994) and Versace the Dreamer (1996). My only complaints here stem from that soapy citrus opening which was better off being used for an aromatic fougère instead of a floral one like this, and the fairly low longevity for something with otherwise knockout performance, since Vermeil for Men roars then becomes a skin scent in 3 hours. The workaround here is just re-applying with that janky sprayer, which shoots out of the side of the bottle instead of the front to boot, making it even more awkward once you get over the shoddy mechanism under all that metal and plastic cladding. Oh well, I guess I shouldn't split hairs too much, since this is effectively a Neapolitan sandwich of an 80's soapy aromatic fougère top, 80's dandy floral fougère middle, and 80's leather chypre base with a touch of 90's leafy tobacco. At the end of the day, this smells like the kind of unique signature fragrance a man with the resources of Jean-Louis Vermeil would commission for himself from another perfumer, which might explain it's amalgam of styles, but released to the buying public with no regard to market trends, which is the part I like most. Not for everyone, and not for all seasons, but a fun little mystery nonetheless.
#204980

Bavard
Show all reviews by Bavard
I think I agree about the comparison to Davidoff, and I agree it can smell like pipe tobacco after it develops for a while.

The opening isn't its strong suit, and I agree with the reference below to Irish Spring soap.

During the mid, it can give me an image of soft, worn, dark brown leather, such as a nice leather sofa.

Into the base, it's increasingly floral.

A marginal thumbs up. I'm conflicted. It can produce good moments, but I don't feel comfortable enough to wear it as a date scent.
#201833
Show more reviews of Vermeil for Men...

Add your review of Vermeil for Men

Other perfumes by Vermeil 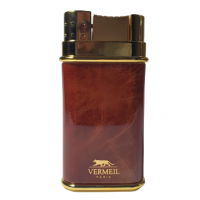 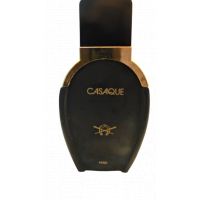 Members who own Vermeil for Men