About Valentino Uomo by Valentino

Where to buy Valentino Uomo 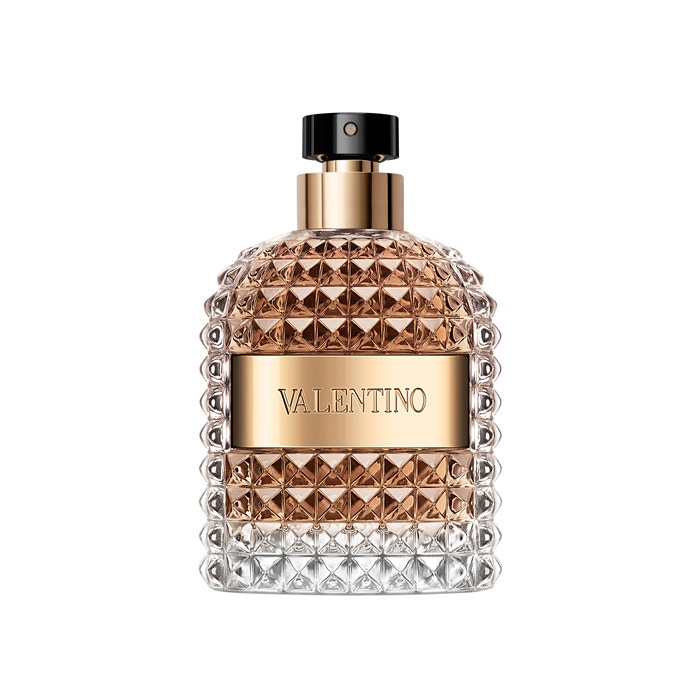 Reviews of Valentino Uomo by Valentino

There are 27 reviews of Valentino Uomo by Valentino.

Zenwannabee
Show all reviews by Zenwannabee
I had wanted to try this for a while and finally did. As someone who loves DHI, I found Uomo to be both sumptuous and excellent, but also its own perfume. More of Polge riffing on a theme, rather than copying his work at Dior. There's still lots of iris, so if that's not your thing, probably best to stay away. But rather than being sweet per se, the cocoa/Nutella vibe adds an enveloping richness to the overall scent and helps with the transition towards a lovely leathery drydown. Very classy, very sexy. The only thing is that I find it more synthetic than the Dior Homme line, and as such, you need to be more careful with the trigger. Less is indeed more here. And contrary to some comments, I find the bottle to be one of the most beautiful of all modern men's colognes. Looks stunning on my dresser and I reach for it often.
#246122

Hazelnut, Iris, woody notes and musk are the order of the day!!

Varanis Ridari
Show all reviews by Varanis Ridari
Valentino has had similar luck to Gucci with its perfume efforts, in that everything they released up until the 2010's was a false start that eventually saw discontinuation as the license for the perfume division of Valentino kept shifting hands. Past masculines for the house ran the gamut between leathery to sweet tobacco in the 1990's and early 2000's, eventually landing on a typical "freshy woody amber" as the 2000's drew to a close, with each scent signalling the discontinuation of the preceeding one which caused a fear-of-missing-out frenzy among fans; just look at the aftermarket prices for anything released prior to Valentino Uomo (2014) to see what I mean. This house-rebooting masculine pillar seems to have found success the others missed, as it has spawned numerous flankers in the years since, and has given some serious competition to houses like Chanel or Dior in the segment. The reason for this is simple: Valentino Uomo is a continuation of the concept perfumer Olivier Polge put forth in Dior Homme (2005) nearly a decade earlier, and he works with the same ionona-based iris compound he created for Givaudan when he made Dior Homme. From the very onset, it's clear Olivier Polge is continuing his work with Dior through Valentino, especially in light of François Demachay becoming house perfumer for Dior, tinkering with and reformulating all past Dior creations still in production to his liking in the process, although Valentiono Uomo shouldn't be considered a clone of the Dior either.

The opening of Valention Uomo separates itself from Olivier's past work with Dior by being a great deal more gourmand in nature and blended differently. The top notes of bergamot and myrtle are joined by the obvious iris note that this shares with Dior, and a bit of that cocoa is also present as this moves quickly into the heart, but Valentino Uomo is decidedly more Italian in personality by also including a gianduja or "Nutella" note as people outside Italy might recognize it. This chocolate hazelnut vibe is where Valentino Uomo differs the most from Dior Homme, although some may stretch that to say it rests somewhere between the original and intense variants of the latter. For me, it's "different enough to be different" if that makes sense, and the base certainly is not the same display of leathery dryness as Dior Homme. Make no mistake, there is a leather accord in Valentino Uomo considering their stock and trade as an Italian couture house, but cedar mixes with amber, labdanum, and vanilla to round this out far more completely, even if I wouldn't exactly call Valentino Uomo sweet. Wear time is over 8 hours and sillage is appreciable, although projection is thankfully not monstrous. If you enjoy iris masculines, you already know that they can flirt between the office and after-hours arenas fluently enough, and the same holds true with Valentino Uomo, I just wouldn't wear this in the heat. There may also be some unisex potential here for fans of the venerable Guerlain Shalimar (1925), as all these oriental-type exercises in iris inexorably draw comparisons to that fragrance.

Maybe this is revenge for François Demachay messing with (and flanking to death) Olivier Polge's original Dior masterpiece, or maybe this is just second thoughts in perfume form for the former Givaudan perfumer who now works in his father's stead exclusively as house perfumer for Chanel? Either way, this is the last hurrah for the style under Polge's hands outside the Chanel stable, and a nice little period on the whole movement that has since spawned several competing Prada and Amouage masculines as well. If you're an absolute fiend for iris in a masculine perfume, and wouldn't at all see this as redundant in a wardrobe alongside Dior Homme, give it a try. Or, if you found the Dior too harsh but don't want to go in a soapy direction like other masculine interpretations of iris, this might be a great alternative. Valentino Uomo is remarkably classic in vibe and classier than anything the house has released for men previously, so I may not mind so much the fact that the rest of the male lineup lives in unicorn-land so long as I can enjoy this one. I also need to add that in 2015 a black collector's bottle was released that is no different than the 2014 or 2016 and onward bottles, although some may argue with me on that as they do with various limited editions of the original Calvin Klein cK One (1994) released over the years. If you really hate iris, checkout Valentino Uomo Noir Absolu (2017) instead, which a defanged version of this one. Thumbs up.

G.M.K.
Show all reviews by G.M.K.
Clearly a mixture of Dior Homme and Dior Homme Intense , first few minutes smells like DH(vintage) then a sweeter Dior Homme Intense starts just misses the Iris. People bash small companies like Armaf, Lomani etc for making copy cat fragrances but is there any restriction on these famous Perfumers making the same fragrance for various companies? It would be redundant imho to have both VU and DH/DHI. I would always prefer the Dior btw even its reformulated.
#201657

Add your review of Valentino Uomo

Other perfumes by Valentino Members who own Valentino Uomo