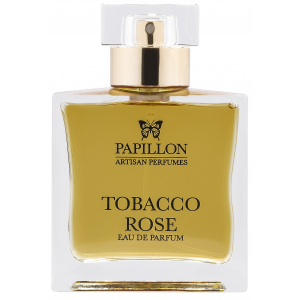 A sensual blend of Bulgarian rose, geranium and Rose de Mai form an opulent backdrop of velvety rose notes set against a luxuriously rich and smoky base of French hay and earthy oakmoss.

Soft animalic touches of ambergris and beeswax have been suspended in a sumptuous blend of musks, creating an enigmatic, alluring and unmistakable perfume.

A stunningly different interpretation of the majestic rose

There are 16 reviews of Tobacco Rose by Papillon Artisan Perfumes.

Constantine
Show all reviews by Constantine
I have to get this off my chest in short order: This is a disappointment.
Elizabeth Moores dangles the perfect masculine rose scent as the spray comes off the blocks. As others say not so much tobacco as mild tobacco leaf. Does not matter. This is my new signature freshie scent I think to myself. Forget Tom Ford for Men. This is the super cool niche artfully blended masculine rose. The one where people are left following your vapour trail hypnotised by its subtle dance of rose and tobacco and oakmoss. Stunning.
Then 10 minutes the entire pyramid collapses into just a slightly musky rose. I say 'just' thats not fair. Its ok. Unisex , for a lady in fact very nice indeed. But. But. Oh dear. Back to Tom Ford for Men and Creed Neroli Sauvage. Sshhhh don't tell them I was ready to dump them in the blink of a lustful eye....
Thumbs down. Whats on the label is not whats in the packet.

M
Missionista
Show all reviews by Missionista
I get a lot of rose, a little tobacco, and nothing really animalic from this. It's nice enough, but certainly nothing I want more than a sample of. Happy to wear my sample, and happy the sample is now done and I can go back to L'Ombre Dans L'Eau as my preferred rose.
#239960

My nose is immediately assaulted with a dry, bitter agar/oud note that turns me right off. The green rose fights to rise above it and eventually does, but when it gets there, it's not much to write home about.

The perfumer is said to have decided to create her own tobacco note, and not that of the dry tobacco we are used to, but the fresh, sappy note of green tobacco. We have to take her word for it as few of us has experienced tobacco in this incarnation.

It is for me not a successful blend of geranium, hay, oak moss and musk. The overall effect is more off-putting than attractive. The combination of Bulgarian Rose and May Rose is pleasant, but its setting is not.

Had the familiar cherry note of pipe tobacco been used (as expected from the name), it might have been a glorious combo. However, one cannot review what it isn't, only what it is.

My spouse had an entirely different reaction. He finds this to be a light, green, faded rose, gentle, soft, and small, a very personal scent, intended for a lady, perfectly decent to wear as a day scent, to lunch or cocktails. So, for him, a thumbs up.

Ultimately, for me, disappointing, and a thumbs down. You decide.

Sniffers
Show all reviews by Sniffers
for me , it opens with a robust hay flavored rose...brings to mind a really dark red//crimson rose that has fully bloomed...nice to sample a rose scent for a change that is devoid of oud...nice outdoorsy feel...a little green and mossy...smell totally unisex to me...a little booziness to it...very nice...not bad at all , but at the same time nothing ground breaking or earth shattering...projection not that great..seems to stay pretty close to the skin...does get an OK...as far as any associations, from he roses i've smelled , this reminds me a little of the 1st edition French bottling of Ungaro 3...kind of on the goth rose side of things...
#215163

freewheelingvagabond
Show all reviews by freewheelingvagabond
A bone-dry rose composition with tobacco elements. The rose is dark, sparse, and luscious at times. I get a prominent hay note that lends a dry, dusty tobacco impression - somewhere between a green tobacco leaf and brown pipe tobacco. This is similar to the hay accord in Chergui, but starker. There is a discernible oakmoss note that sets in from around the mid phase, and persists - maintaining the dry, green, and slightly bitter aspect of the composition. The base is mossy, sparse, with remnants of the rose, and the tobacco impression.

Even though starting out with promise, eventually Tobacco Rose is too much of a disappointment. It comes across as lacking in dimension, thin from the mid phase onwards, and surprisingly anaemic. The dry, dusty rose is reminiscent of Hammam Bouquet, but Tobacco Rose is not powdery. There is not a not of abstraction, but the rose and hay/tobacco accords could have been more well explored. The fragrance has a nice and subtle green-earthy element, but it's rather fleeting and not fully formed. Additionally, it is extremely muted on skin, and is hard to trace beyond five hours or so.

jtd
Show all reviews by jtd
Rose's complex olfactory make-up gives it flexibility but expectation can get in the way of an easy range of motion. The person looking for a sunshiny soliflor won't necessarily dig an earthy rose/patchouli or a mossy rose chypre. And there are assumptions to navigate. Dewy roses imply innocence and boozy roses seduce. A garden rose is Elizabeth Bennet but a candied rose is Lolita. A misjudged tone creates the wrong impression and drama ensues. The stakes are high with a symbolically loaded flower.

So what sort of rose should we expect from a fetching English perfumer nestled in the countryside? A blushing rose? A sundress and parasol number? Remember before you answer: this is the perfumer who would a year later give us Salome, the fire-breathing jasmine.

Bucking any expectation of gentility, Tobacco Rose lives large. The top notes come bounding out of the bottle and create an exaggerated flower. It is oversized but proportionate enough to avoid caricature. Tobacco Rose is a dypso amber-rose with a green streak though the center to keep it steady. The splash of acidity brings out the jammy balsamic heart and introduces the bit of tension that keeps the honeyed ambery base in line. Creating a floral perfume is a particular type of fiction and Tobacco Rose tells a great story.

The aromas of rose and fresh tobacco go hand in hand. The lemony aspects of rose match the sappy bitterness of tobacco and create a lush woody floral accord, as in Sophia Grojsman's Beautiful for Estée Lauder. * Liz Moores says she looked closely at various tobacco absolutes but opted to build her own accord. She uses hay, rose geranium and a touch of galbanum to recreates the live, sultry scent of fresh tobacco leaves. Tobacco matches the bright, leafy rose of the topnotes and folds smoothly into the waxy balsamic base.

Tobacco Rose isn't retro in the least, but neither is it 'modern' in the sleek, streamlined sense of the word. It is the successor to the big rose chypres of the 1980s, all of which have had their wingspans clipped and their confidence shaken by the IFRA. When I wear Tobacco Rose, I feel like I'm letting out a breath I've been holding since the the '80s rose chypres began their long goodbye. Moores seems too well-versed in perfume history not to have at least considered Tobacco Rose's relationship to these bad-assed chypres.

Moores hit the ground running in 2014 with a bold perspective on classical perfumery's Big Three Flowers. Anubis's gasoline-jasmine was ferocious and Angélique's melancholic iris was introspective. Tobacco Rose strikes a different tone--as bombastic as Anubis, but less threatening. It shares Angélique's lushness but forgoes the moodiness. It's the most approachable fragrance of the trio but doesn't settle for less. It aims for pleasure and hits its target dead-on.


* I'm from a small part of Connecticut called the Tobacco Valley. The summer air near the fields was filled the scent of tobacco growing under shade-cloth in the fields and curing in the barn. It was green and sappy but also woody and floral. It's a pervasive sweet scent with only a passing resemblance to dried smoking tobacco.

Add your review of Tobacco Rose

Other perfumes by Papillon Artisan Perfumes 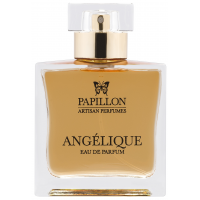 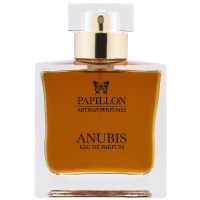 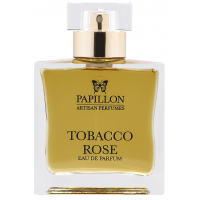 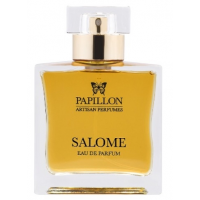 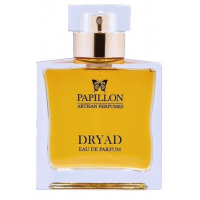 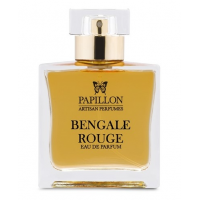 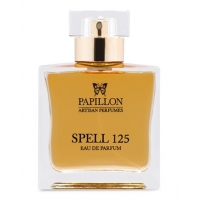 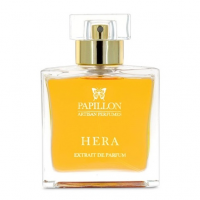 Members who own Tobacco Rose