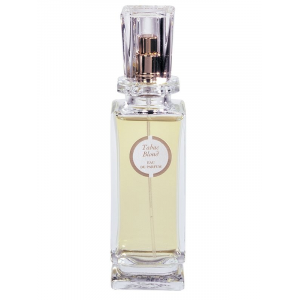 Add your review of Tabac Blond

Reviews of Tabac Blond by Caron

gimmegreen
Show all reviews by gimmegreen
The current EDP iteration is a faded leather with very little throw. Why bother?
The top is a bit better, a brisk carnation and leather combo, with an I mean business' demeanour. Underlying it is the kind of smell you get on a coat when the wearer has worn the same perfume for a long time and there is a build-up of the drydown and staleness. Still, not bad in a fuddy duddy fashion. However, minutes in, the dry vanilla joins in to leave one with only a reluctant leather with the occasional powdery waft of the now somewhat wilted carnation. It's not unappealing, it just refuses to project.

Z
Zimmies
Show all reviews by Zimmies
Just bought a 1970's Lotion Tabac Blond version and I have to say it reminds me a lot of the recent formulations of Knize Ten big time, which although I own, I still don't really like it until the very end of the drydown and Tabac Blond is following the same path. Perhaps the Knize is a little harsher as another reviewer puts it. I cannot see what all the fuss and astronomical pricing old bottles fetch is on this item.
#137950

C
casism
Show all reviews by casism
Vintage or nothing This was a perfume I knew I'd love immediately, both from its backstory (flapper girls discovering cigarettes and Charleston-ing till dawn) and its notes (leather, vanilla, smoke and sandalwood). So I managed to get a sample of the vintage juice from the Perfumed Court - and indeed, it was love. At the time, I was reading a lot of John Le Carre novels. And more than anything, Tabac Blond occurred to me as the perfect spy scent - it was sophisticated and clever, had a history, and carried notes of dusty books and opulent leather that I could imagine in the London men's clubs where diplomats and agents would meet to talk of world affairs. However, when I tried the newer version, I found it a very different animal - it has some smoke and vanilla, but is overpowered by a sharp floral note, and it has none of the dusty leather that I had recognised in the vintage. If you have to buy a new-version Caron, I would go for En Avion, which seems a bit more interesting.Pros: Smokey, dark, but softCons: The new version is not worth it."
#130438

teardrop
Show all reviews by teardrop
The opening is smokey, leathery & slightly spicy, with a hint of the floral notes to come, & an animalic growl beneath. Over the first half hour, the florals become more prominent; mainly iris & carnation to my nose, with a hint of something bitter & medicinal. Two hours in, the ambergris begins to take over, & takes on the "doughy" aspect that l noticed in Vol de Nuit & Dans Tes Bras, although here it is more subtle. lt is joined by musk in the base, before fading out after around eight hours.
l don't really get the tobacco note here, though perhaps as a smoker l don't notice it in the way that a non-smoker might. This is undoubtedly a classic scent & easily unisex, but for me it is a little too dark, bitter & austere. l did try layering it with my modern EDT of Narcisse Noir, & the two scents together actually fit beautifully, the light of one complementing the shade of the other, like two halves of a whole. l think l will enjoy using up my sample in this way.
#112076

Elzéard
Show all reviews by Elzéard
There is a noticeable amount of tobacco and leather within this fragrance. There is also an element of smoke at the beginning, which is maintained but to a lesser degree throughout the rest of the duration. The leather stays quite prominent however.

Overall, it's quite affable, but the drydown is a little bit too sweet for me, and generally I can tolerate a lot of sweetness. Unfortunately, as the top notes fade, an entire box of those white chocolate mice, the ones which cost a penny each in the sweet shop and aren't really made of chocolate at all, begin to show their little faces.

BayKAT
Show all reviews by BayKAT
I"m coming back to Tabac Blonde after first trying it seven months ago. During that time I increased my exposure to leathers and the Caron suite of urn parfums, and was curious to see if my experience wiht TB would change. The opening tests my patience, as the carnation is just too sweet and the leather too rough. After 2 1/2 to 3 hours the dry florals kick in, and I am much happier; this is the phase i liked best the first time around. in the end, however, this sits just below a 'love' from me. For everything that I like in this fragrance I can point to another that does it better. But i highly recommend it to anyone looking for a leather, becase tastes differ and this one should not be passed by.
#75575

D
derekp
Show all reviews by derekp
Spicier than I like on a woman, more powdery than I like for a man. Perhaps it's a coincidence, but I can think of at least 3 55+ female smokers I know that wear this one. Despite my preferences and the mental image I have of the wearer, you can't deny the quality here. Neutral, but leaning negative.
#46058

JessicaGrace
Show all reviews by JessicaGrace
This is for the reformulated version, EDT: For the first ten minutes after dabbing on my wrist, all I could think of was a little old lady with a gruff voice whose been using L'Heure Bleu to cover up her pack-a-day habit for the last 30 years. I can't imagine this as a masculine at all. Too much powder, too much orange blossom, too much carnation and iris. As with L'Heure Bleu, I feel I'm sinking into old, scented face powder and drowning. This is the silage; close to the skin, the sunnier, grassier notes emerge -- much more bearable. This warm hay & vanilla stuff is alright, but the icky sweetness of the top notes lingers. Overall it feels hopelessly dated -- not to the 20's, sadly, which would be nice, but to the Big Perfume era of the late 70's and 80's. Not dykey, not daring, not dark, not any of the things I wanted it to be.
#67056

Louslice
Show all reviews by Louslice
I thought this would be a unisex scent, but it isn't. It is a very feminine, powdery scent with a subtle, sweet tobacco in the background. Really, it is not interesting to me and I am sorry I was mislead by the many reviewers who said it was unisex. Any scent can be unisex for the right person, under the right circumstances, but not for me, not this one. Powders don't work for me. I would give it a thumbs down but that wouldn't be fair, considering it is sold and marketed as a female scent so I had fair warning. Sometimes basenotes reviews are helpful, and sometimes they really aren't.
#41487

M
montmorency
Show all reviews by montmorency
It is said that if a Barbie doll's proportions were translated into living flesh and blood, she'd be 8 feet tall, her eyes would be the size of dinner plates, and her cervical vertebrae would snap with the weight of her head if her chest didn't completely unbalance her first and send her face-down onto the floor. That's how Tabac Blond feels -- a gorgeous, unsettling, hugely proportioned monster whose exaggerated presence - all swaggering leather and throaty vanilla, the volume on each turned up to 11 - makes me feel I ought to seek cover immediately. I can see that even in what's apparently a greatly debased formulation this is still a remarkable composition; but it's a period piece it reminds me that there was still a large chunk of the 20th century that needed strong perfumes to cover the week between baths and the ponk of wool clothes that were sponged down instead of washed. Some reviewers have said that Tabac Blond is about the liberation of women; but, kind of like Barbie, this ancient specimen reminds me instead of all the roles and chores women don't have to put up with any more. As with some of the modernist art with which it is coterminous, I admire it but I could never love it.
#63719

taliaseki
Show all reviews by taliaseki
Feels like entering a dusky shrine after all dark ritual is done. Incense smoke settled, some rough cut tobacco for hashish rests in a wooden chest, worn our dirty leather carpets... inspirations about the dark side of human... really impressive... But after half an hour all mystery of smoke incense tobacco and leather dissolves and comes the carnation amber musk of the old style. it is a kind of smell that any one with a moderate nose would tell you that it is old, and anyone over his forties can tell you that it is a kind of frag that around 1950 many men on the world, governors soldiers and the Persian merchants and Chinese barbershops used to smell... The one i have tried was the extrait and i wanna try other forms in the hope for a more acceptable base because the leather incense top note is really very charming. It is masculine and i would rarely find a place to wear but i would have it only to wear on wrists to enjoy myself, if only it is not followed by an old spice type chubby guy entering the shrine loudly...
#41069

drvrs
Show all reviews by drvrs
I appreciate the history of this scent... but...it wore me, and wore me out. I felt smothered and choked by a leather-clad biker in a sleazy bar, tables and floors stained with decades of spilled booze...
#45205 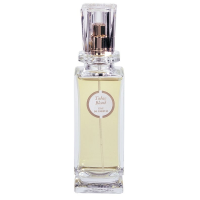