About Spicebomb by Viktor & Rolf

Where to buy Spicebomb 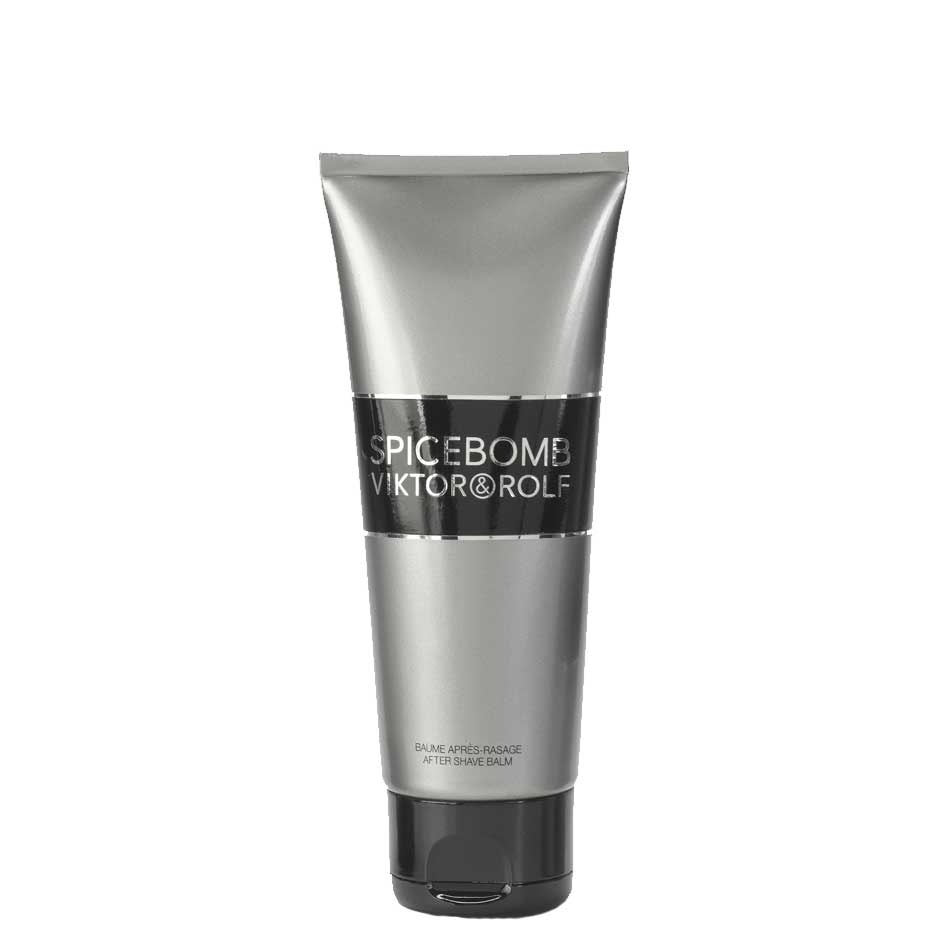 Reviews of Spicebomb by Viktor & Rolf

There are 112 reviews of Spicebomb by Viktor & Rolf.

Its not the spice cabinet I wish it was. Its a pink pepper frag, pretty sweet, pretty loud. The only aggressive thing about this grenade is the strength of the projection and juice in general. Not the composition, which I find nice and people pleasing. No one smells this on someone and thinks its daring. But thumbs up, since I think they did a pretty good job overall.

YKem
Show all reviews by YKem
Today,before I left the house to take care of things. I wanted to do me a favour and had a few sprayers on my T-shirt. The prelude is spicy, sweet and fresh at the same time.
The notes I've perceived the most:
Bergamot, cinnamon, tobacco, pepper and amazingly Vetiver for the first time.
All in all a great fragrance, in a beautiful and humorous flacon.

I would also like to add something I have experienced with this fragrance. I have been on Parfumo/Basenotes for about 3 years and have been using fragrances for quite some time.
I can't remember receiving several compliments from strangers to one of my perfumes in just one day (like today).
In that regards, Spicebomb has really hit the people just like a grenade of fine and aromatic oils.This proves to me that Aventus is definitely not the King of fragrances and Invictus is not Invincible, and that unknown designer fragrances may have a pleasing and not an harassing effect on people in the environment of the wearer.

Zenwannabee
Show all reviews by Zenwannabee
I should probably rate this as Neutral, but I give it a Thumbs Up out of sheer enthusiasm. I can't go into Sephora or a department store without trying on Spicebomb. And I often think that my love of the concept of "Spicebomb" is greater than the scent really is. I love what others might consider its tacky bottle, and the idea of spicy oriental "bomb" fragrance for men. Is Spicebomb all that? I don't know. What it is, really, is often a big mess, but a good intriguing one. And I'm not sure at all of the drydown. Sometimes I like it, and sometimes it's like one of those newsstand tobacconists, where some smells are captivating and others seem tawdry, like the aging and rather dingy carpet. In short, I think the tonka in Spicebomb stays too sweet for me, where I want my tobacco scents a little dirtier and deeper. But I wear it nonetheless and I love it.
#232674

landshark321
Show all reviews by landshark321
Viktor & Rolf Spicebomb, specifically the juice with color from 2013 (or earlier), is especially great, before its reformulation to the current juice without color, but its still great in its current incarnation. Id avoided Spicebomb for years after not liking it around the time of its release but Ive warmed up to it (and then some) since that time, and I can easily see how its a staple, particularly as a cold weather mens fragrance.

The concept of the fragrance is the mix of cool and hot spices, and I agree that its effective in that wayits not overly powdery, spicy hot, spicy fresh, minty, or any one aspect, but rather, an ensemble of spices thats very effective in how well its blended. It has influences of pink pepper, saffron, tobacco, and elemi primarily, a sort of spicy, woody, slightly resinous blend that hits a lot of the right spots while not being too powdery.

The vintage in particular is a bit deeper, darker, and longer-lasting than the newer formulations, though the newer stuff is still great, just slightly more superficial. I do not regard the difference between the newer and older juice significant enough to regard the newer juice as not worth buying. It surely still is, particularly at a nice discount via a grey market site.

As a side note, I dont regard it as all that similar to Bvlgari Man in Black, which has sweeter and leathery touches far more so than Spicebomb.

Overall, Spicebomb is a great fragrance that took way too long for me to warm up to and Im delighted to not only have it in its current formulation but also a vintage version as well. Even the newer version performs quite well.

Add your review of Spicebomb Members who own Spicebomb

Oct 24, 2021
Balcones
B
P
Spicebomb Extreme vs Wanted by Night

May 26, 2021
edgeowns
E
Search for Spicebomb by Viktor & Rolf on the Basenotes forums.
Top