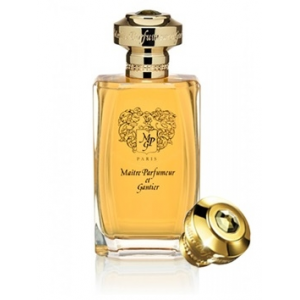 Add your review of Secrète Datura

There are 9 reviews of Secrète Datura by Maître Parfumeur et Gantier.

gimmegreen
Show all reviews by gimmegreen
Exquisite mixed floral perfection of the kind one thinks doesn't get made any more. This reminds me of the ever so chic light-yet-rich florals that women of my mother's generation used to wear  some of which still exist but often in debased, overly synthetic incarnations. The magic word here is aldehydes  and I'll eat my shirt (seeing as I don't own a hat) if some haven't been deployed in Secrète Datura to give it its zesty lift-off.
I couldn't single out the notes in the mainly white floral bouquet here (apart from the honeysuckle), they're thoroughly blended to my nose. But the important thing is that the impression is of the airy, natural sweetness of fresh flowers, none of the added syrup of contemporary perfumes. And they come wrapped in dew-laden foliage  not bitter but tender. The base is a mere suggestion on my skin  nothing remotely gourmand emerges  leaving the entire focus on the florals which is how I like it.
Where I grew up, there were datura plants aplenty by the roadside or on waste land (never in people's gardens) and we were always instructed to avoid them as they are highly poisonous. I can't recall the trumpets having any scent, probably because they only release them at night. The odour profile is supposed to be rich and narcotic, which leads me to think that we are again in the realms of perfumers' fantasy with this one. No matter, if the results are so rewarding.

Very dry white floral notes dominate Secrète Datura's start, resting upon a crisp, powdery foundation. The heart accord is very soapy, with a hint of orange blossom flickering in the background. Green notes emerge in the heart, adding some grit to the olfactory experience.

After about an hour, the composition begins to darken, though it somehow never manages to catch the menacing nocturnal intrigue of the sweetly scented, yet deadly toxic datura flower. Ultimately, I expected more mystery out of this scent, as lovely as it is, and so I'm left a little disappointed.

teardrop
Show all reviews by teardrop
l don't know what datura flower smells like, but this fragrance definitely has a dark, mysterious quality for me. lt opens with a note like damp, slightly bitter green leaves, like the depths of a forgotten secret garden allowed to grow wild. l don't get a chocolate note, but something more like almonds, as well as soft whispers of jasmine & hyacinth. But throughout all this there's a strange, mossy green note in the background that keeps it interesting, & suggests something poisonous yet seductive. l can't imagine wearing this on a night out, for me it's an introspective fragrance, perfect for pottering in the garden on a damp, cloudy day. Somehow l feel l blend in with the plants & soil when wearing Secrete Datura.
#84379

J
Jemimagold
Show all reviews by Jemimagold
Secrète Datura is clearly a floral but does not smell like any flower I've ever come across, and is blended with a great dollop of warm musk and powder. I didn't care for its initial aggressiveness but after 5-10 minutes, it dried down to a pleasant gentle fragrance. Secrète Datura reminds me a lot of old-fashioned loose talc powder, furry powder puffs and pale pink silk ribbons. An elderly maiden aunt would be very pleased to receive Secrète Datura. Per The Perfumed Court, here are the notes: Datura flower, sandalwood, vanilla and chocolate.
#52114

foetidus
Show all reviews by foetidus
Quite strong at first  definite floriental. I don't know what the datura blossom smells like, and I don't think that this fragrance will educate me on that because there are just so many different floral notes present. I find the jasmine and orange flower and neroli identifiable, but the rest of the floral notes are just nameless entities lost in a big beautiful bouquet. After fifteen minutes the potency of Secrète Datura has dropped to almost decent levels and it presents primarily a white floral ambiance that is strong but not at all cloying or heady. An hour or so later, it has become a bit more gourmand than floral, and it quite hugs the skin with a solid ambiance that I find rather foody / sensual.This scent is not for everyone  especially for the first hour or two. It is initially potent , but it is a beautifully constructed fragrance with rich and satisfying floral elements, later further enriched by those succulent semi-gourmand accords. It lasts forever, and it presents what I think is a beautifully adult femininity. It requires someone special, and it certainly isn't for shrinking violets.
#6261

ubuandibeme
Show all reviews by ubuandibeme
Similar to Montale's Sweet Oriental Dream, only less intense - more wearable! (CALCHIC's got the details covered on this one!)
#23737

Quarry
Show all reviews by Quarry
Calchic has done a commanding review. I'll simply add that, in addition to the floral/heliotrope impression, I sense an amber tone. In a blind sampling, I'd have guessed this was Boucheron Trouble applied very lightly.
#17936

tinker424
Show all reviews by tinker424
The first half hour,it is STRONG, almost obnoxious, but it mellows to the most wonderful gourmand-floral I have ever smelled. This is what I always wanted Angel to smell like. I can definately smell the chocalate note in this one, I never could in Angel.
#22985

C
calchic
Show all reviews by calchic
The datura itself - mystery bloom, opens only at night, deadly if consumed - is portrayed here by a series of notes that include orange blossom, heliotrope, neroli and jasmine and that really don't sound so intense on paper but combine to create a palpably thick, heavy floriental. It bears some resemblance, believe it or not, to the famously heavy Escada by Margaretha Ley (NOT Collection but the other one, in the red bottle - the one many people find too strong!) Mainly a white floral with a pronounced dash of neroli-induced spiciness, this fragrance will treat you badly if you overapply. Underneath the florals, there is a gourmand-ish touch (some consider it chocolate-y and I would tend to agree) as well as a little bit of bitterness. All combine for something that is admittedly very, very lovely if not easy to pull off. To be worn when you really want to make a statement in a very big way; I've never worn this without getting some level of recognition, whether positive or negative, from those around me.
#2335 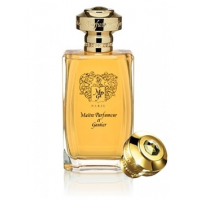