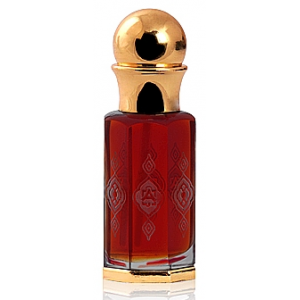 There are 3 reviews of Royal Amber Spirit AAA by Abdul Samad Al Qurashi.

ClaireV
Show all reviews by ClaireV
It is a bit of an education, applying Royal Amber Spirit AAA, just a day or two after testing their slightly lower-priced amber blend, Amber Jewels. There is a price difference of approximately $100, but in my opinion, the step up in sheer quality and complexity is far greater than that monetary value suggests. I find Amber Jewels to be far more centered on raw ambergris oil, actually, than the higher end blend, the Royal Amber Spirit AAA. I re-tested them both, one on each arm, and I can summarize the main differences as follows:

Amber Jewels is a far lighter oil, with a slightly raw, marine quality that persists for most of the fragrance before being joined by the amber accord. It has more of a focus on the ambergris than amber throughout, and has a very salty-sweet marine quality from top to bottom, and a fresh, almost minty sea-breeze feel to it. Compared to Royal Amber Spirit, it comes off as fresh, light, aerial almost, dusty, until joined by a thicker, denser amber accord in the drydown.

Royal Amber, on the other hand, is immediately far heavier, more dense, thick, and ambery. Although there is that raw, salt-sweet, marine air quality to the beginning - the ambergris oil - it is almost immediately joined by a thick, balsamic, dense amber accord that feels luxurious and rich. Compared to the Amber Jewels (which, by the way, I love), it comes off as infinitely more textured and three-dimensional. It maintains the same salty-sweet ambergris feel all the way through, but the effect is pleasurably muffled or blanketed by an almost waxy layer of dense amber. I sense some spices swimming around in this murky, monolithic amber accord - dusty, sweet spice like saffron, which adds to a sort of leathery-warm-spicy feel here. But I am also surprised to pick up what I think must be a touch of sweet myrrh - opoponax - perhaps it is not really here, but to my nose, there is a waxy, buttery note of almond butter and a touch of lavender which I read as sweet myrrh. It is not a sweet note, more like a waxy, balsamic feel, a texture rather than a smell.

Towards the end - a good day and a half later, I might add - a sort of ambery-woody warmth comes to the fore, and the saltiness of the ambergris dies back. It retains, though, a thick, balsamic, dense texture, and layers of complex tones throughout the entire wearing. I find it utterly pleasurable to wear, and far superior to any Western amber perfume I already own or have tested before. I am an amber lover, by the way. This is in another category of amber, far and above most mainstream ambers. Longevity is immense, and one drop is all you need to scent your jawline and wrists for 18 hours and more. Boy, this is pretty expensive, though, no two ways about it - $469 per tola, give or take. But in a fantasy world where I could afford to buy and wear this, would I take this over the also superb (but slightly different) Amber Jewels for the price difference of $100? Hell yeah, I would. I loved Amber Jewels, but this one right here is the bomb.

Colin Maillard
Show all reviews by Colin Maillard
The opening of Royal Amber Spirit AAA, which is basically a plain amber gris oil, shows a powerful and raw organic smell which is quite hard to describe for me: it's not indolic or "unpleasant", rather just a bit harsh and primitive, quite complex and faceted: I detect balsamic echoes, spices (mostly, a sort of smell of saffron) salt, a dusty feel all over, woody and nutty nuances, something hiding deep beyond quite similar to, well, animalic secretions (or better say, the smell I guess animal secretions shall have). Finally also a green breeze, really subtle, similar to pine, which appears short after one hour. I get my description may appear a bit messy, so does the scent in fact, which is really peculiar but totally intriguing, mostly because of its deep, inner, somehow mystical animalic nature, with faint echoes of nature and sea. I don't really know how to define this, as despite it's called "amber" it has nothing to do with the amber accord (the vanilla-resinous one): it's amber gris, the whale stuff. And surely has not the slightest similarity to ambroxan, which should be allegedly the synthetic replacement of amber gris we are so (over)used to lately. Doing my best to define this shortly I'd say it's a balsamic-woody animalic scent, rather spicy and dusty-camphoraceous, with a subtle warm and silky "feel" underneath. For a while it remains quite linear, which makes it honestly a little boring after a while; then, after some 3-4 hours, it gets considerably softer and sweeter, becoming somehow close to an amber-sandal accord. And that is basically the only twist you get. Overall I'd say this is a *terrific* base which gives you a powerful, deep and clear idea of what amber gris should smell like; still it's a bit too linear and "monolithic" to be used alone, with its nondescript, raw and... somehow unfinished smell - unless you really dig it as-is, obviously. To me it needs just something else to work  which is actually how you are supposed to use these "base oils". Quality and charm are not in question, anyway: like all other Al Qurashi oils I've tried so far, it's a journey.

alfarom
Show all reviews by alfarom
Ok, while this blend won't probably surprise people who have been brought up with these kind of attars, I can assure you it will impress (in a way or another) those who are only used to western perfumery.

Royal Amber Spirit AAA opens with an arresting accord of what to me smells like incense (or whatever other clean-ish resin), woods and something extremely medicinal. The initial phases are brutal and sharp yet somewhat appealing to those who like challenging stuff. The fragrance slowly evolves into a leathery-ambery-incensey thing that while resulting quite simple, it's still able to hold you interest. In this phase RAS AAA feels salty, animalic and sort of musky with a distant hint of sweetness that comes from the amber accord. The animalics are nowhere close to the kind of musky things we're used in today's perfumery, instead, they're smooth and comforting, never overwhelming yet so remarkably organic. There's a hint of freshness somewhere which while I can't honestly tell where it comes from, it provides a great juxtaposition. This middle phase goes on for HOURS to then leave space to an endless dry down of dry oudy-amber.

Now, if one's concept of amber includes the sugary things we're used in french perfumery and head-shops, be aware that Royal Amber Spirit AAA is completely another thing. While the notes listed might bring you to think you have an idea of what this blend might smell like, let me tell you there's nothing even vaguely similar in western perfumery.

So far, one of my favorites in the Abdul Samad Al Qurashi's range. *This* close to holy grail territories in my book.

Powerful, thick and with insane longevity.
#145997 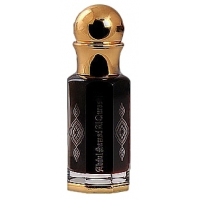 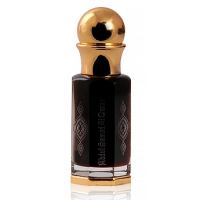 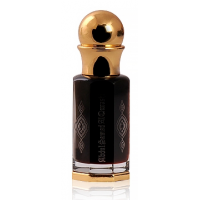 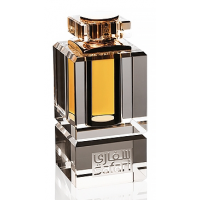 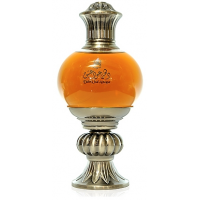 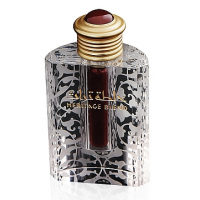 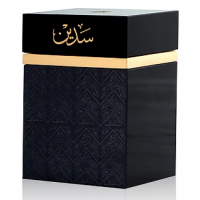 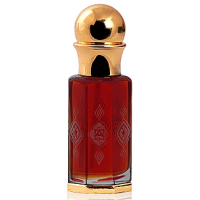 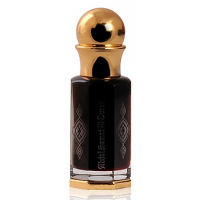 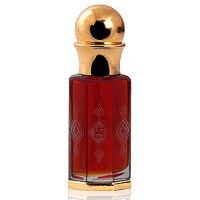 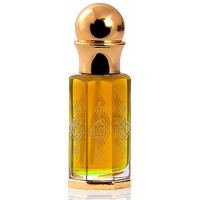 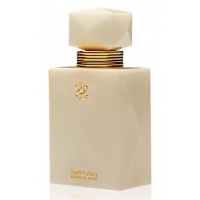 No members currently have Royal Amber Spirit AAA on their wishlist. 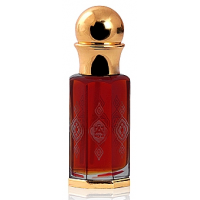