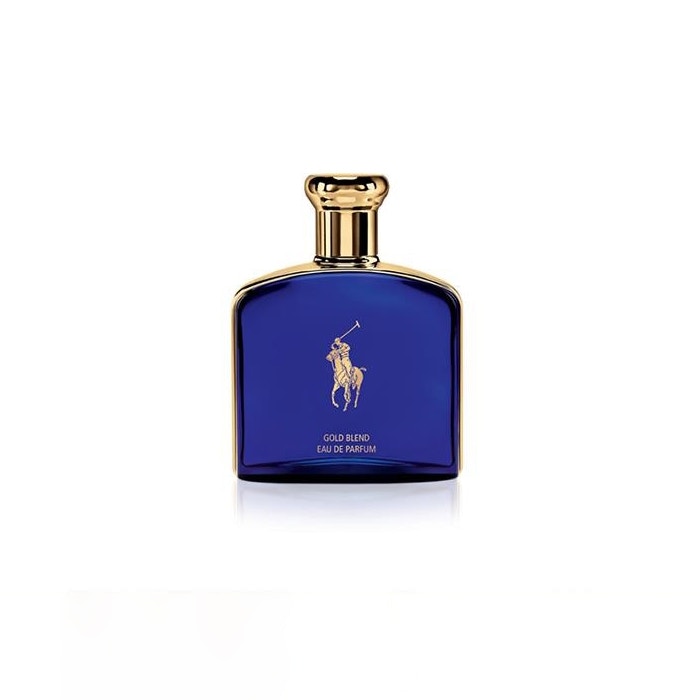 There are 7 reviews of Polo Blue Gold Blend by Ralph Lauren.

Varanis Ridari
Show all reviews by Varanis Ridari
Polo Blue Gold Blend (2019) could honestly just replace Polo Blue Eau de Parfum (2016) as the EdP option for lovers of the original Polo Blue by Ralph Lauren (2002), and that's because it actually does something to make itself feel like an addition to the line rather than just an alternative concentration with a small powertrain overhaul like the 2016 EdP. That said, people who disliked the original Polo Blue will once again be completely disinterested in this fragrance, so move along to the next review if this is you. However, if you loved the original Polo Blue, whereas before I told you it was safe to skip the 2016 EdP, here with Gold Blend you have something worthy of investigation. Primarily, Gold Blend is a further refinement of the Polo Blue DNA, inching closer and closer to being a more formal affair than you might have ever thought an aquatic could be, and offering a real contender against Acqua di Giò Profumo by Giorgio Armani (2015). I'm guessing Polo Blue Eau de Parfum was the original intended competition for the Armani flanker, but it just wasn't different (or quality) enough to really hold a candle to it, and Gold Blend seeks to rectify that. As a synthetic aquatic fragrance that is a further development of another relatively synthetic fragrance, total moss-huffing "perfume is dead, long live perfume" types will still find plenty to rattle their dentures about, so it still smells very modern using generational grouchery litmus paper.

The opening of Polo Blue Gold Blend is a bit more in line with traditional masculine barbershop tropes but fused with the Polo Blue DNA. You get the melon and cucumber calone and hedione wafting, mixed with lavender, ginger, pink pepper, and a slick lime note. The last part really links in mid-century lime aftershaves in a way I was not expecting, although this is no Avon Island Lime (1965) I assure you. The heart moves through the usual clary sage and geranium with slivers of basil, but now we have green apple and cardamom too. Polo Blue Gold Blend isn't what I'd call "niche quality" (hate that oxymoron term), but it does start to get close in complexity and build quality to something you'd expect to double the price. Base materials are where this lets you know that you're still dealing with Ralph Lauren though, as the usual ambroxan and norlimbanol players mixed with dihydromyrcenol and vetiveryl acetates comes into play. The norlimbanol is noticeably cranked up for that "incense" note which gives Acqua di Giò Profumo a run for its money, along with cashmeran returning from the original EdP. What surprises me the most is just how finessed this fragrance really is, with every little bit of sweatiness and youthful pizazz that still coated the otherwise mature-wearing original removed and buffed out. Wear time is also going to be 10 hours like with the 2016 EdP and sillage also remains about as good, with projection sitting close after about 2 hours.

In short, this is a smoother, slightly sweeter, spicier, rounder, and richer profile for Polo Blue that makes is something worth reaching for to someone in a white collar job or just completely over the fuzziness of modern freshies but also not wanting to smell like he's watching reruns of MTV TRL or listening to Matchbox 20 in 2019. You may not drive a Mitsubushi Eclipse or play Playstation 2 anymore, and so you'd rather not want to smell like you still do, but also don't want to smell like one of the interns that comes in drenched head to toe with Dior Sauvage (2015). Polo Blue Gold Blend is that fragrance, perfect for the so-called "geriatric millennials" hitting 40 and past their physical prime but in their career prime and putting monthly payments on that new Audi plus mortgaging that condo only a few blocks from the office. They somehow got educated just prior to the 2000's financial collapse, so they got their shoe in the door of the corporate world before the boomers pulled all the ladders up and lobbied lawmakers to make sure no other generation ever again had any chance at wealth and success. You don't want to be a showboating asshole by wearing Creed, but you've also moved beyond grabbing Kenneth Cole fragrances from the local Ross, so Polo Blue Gold Blend is a rarified mature take on a Y2K aquatic for that rarified millennial professional who avoided having the world take a dump on his future. Alternatively, maybe you just like uncannily smooth, rich aquatics? Thumbs up

Staying power is dissapointing, wish it had a bit stronger punch and stayed longer, i mean it does stay 5h+, but after 1-2h it really is a very close to skin scent.

Still thumbs up for the smell, very pleasant.

Almost a neutral thumb from me because of lack of power/punch and staying power, but then again very pleasant smell, so thumbs up.

ToughCool
Show all reviews by ToughCool
So this was a present from my kids on Christmas. I told them "what do you want Dad to smell like everyday, if you could pick just 1." So Polo Blue Gold it was. I'm telling you what, this has been a very special surprise to me. I already enjoyed Blue EDP so I wasn't sure how this would differ but here is what I've loved. 1) Compared to the other EDP, this lasts all day on me. I mean really strong 2) I find the initial blast still has the Blue DNA but it is a little sharper/sweeter/fresher and just lightens my mood from the start and 3) the most enjoyable thing is the drydown, which is very "delayed" on me, like wearing another scent 5 hours later. The first 2 times I wore it I kept thinking..."who is wearing that nice scent around me." It had the incense type feel of AdG Profumo with a twist. Maybe it was the Amber and Patchouli playing off the incense but it was great. I don't do many reviews but this was a winner on me and glad my kids went with this. I hope Polo keeps it around because I think it's their best release in a long time.
#224738

sjg3839
Show all reviews by sjg3839
Nice addition to the house. Smells a lot like the other Blues but seems slightly richer. A little more fruitiness in this one though. 7/10
#224641

Polo Blue Gold Blend is a blend of Polo Blue EdP and a hint of Bleu de Chanel or Versace Dylan Blue or Dior Sauvage.

There is enough in there to notice but not to dominate, which makes this a masterful blend.

It is akin to how Armani updated Acqua di Gio with Profumo: the essence of the original Polo Blue is intact, well enhanced by the additional notes.

This is going in my collection.