About Paris by Yves Saint Laurent

Where to buy Paris 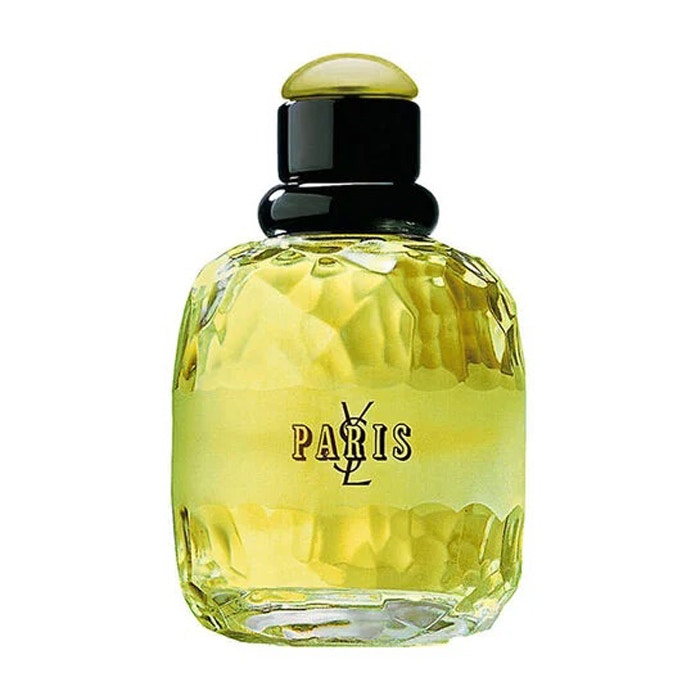 There are 77 reviews of Paris by Yves Saint Laurent.

Dane
Show all reviews by Dane
L'Oreal has finally ruined this. It may fool you briefly with the rosy topnote, but the thin, "carnation" abomination that follows reminds you more of an airport bathroom than a glorious violet-rose.

Edit - I managed to find an older bottle of the same eau de toilette, this time produced by Sanofi. Even from the colour of the juice you can tell it's different. Roses, violets, musks, and fruits. Beautiful. Grab one off eBay while you still can.

rbaker
Show all reviews by rbaker
The opening is a floral mix, with a medium-bodied rose greeting me first. I t is not a heavy rose, and mainly rose blossom on me; I don't get much of the rose leaves and stems. Some bergamot infused brightness initially,and other florals are added with time. A lovely bright hyacinth is particularly noteworthy,whilst some geranium, and mimosa are added also. A restrained violet appears, which adds a darker shadow. Hints of cinnamon transiently appear with a slightly spicy moment, possibly the nasturtium and the cassia promised in the scent pyramid.

The drydown continues the floral theme, with muguet being dominant on me. a touch of jasmine is present, and some darker notes again, mainly violet, a smidgen on lily, and an impression and an earthier orris root - the latter is discreet and fails mo make a dent in the floral predominance.

The base Is still keeping echos of the floral fest, but changes to be mainly and ambery woodsy affair. hints of sandalwood and cedar fleeting raising their heads. Otherwise the base does not really develop anything new.

This spring creation's fabric of florals is quite a edifying and pleasant tour of the gardens of YSL. The dominating notes are crafted well, but some others are quite faint and pallid, which might be due to the age of my vintage version, but more recent edition have not been much more vivid and intense on me. The base is fairly nondescriptive. Overall - just - in the realm of a positive score. 3/5

HouseOfPhlegethon
Show all reviews by HouseOfPhlegethon
Vintage... Deep, dark - like I imagine a winter afternoon in Paris might be, as I've never been there. This is a very deep, floral frag. It has a slight, syrupy sweetness - almost honeyed. A bit of toasted nut aroma comes from somewhere. Two notes that stand out the most are mimosa and geranium... Flowers here, are muddled and mixed with a touch of starch thrown in. It's beautiful.

I don't feel the need to dissect this one too much further. It smells old-school. It's refined. It could or may, be required wearing by women of a certain attitude for life, I imagine. I cannot think of any lover of florals, not adoring this... The orris in the heart is outstanding. The base exposes some extra love, with musk and heliotrope notes. All in all I am glad to have finally experienced Paris, in its vintage form and splendor. It IS a classic.

#218400
S
StellaDiverFlynn
Show all reviews by StellaDiverFlynn
Paris EDT opens slightly sharp. It's ozonic, aldehydic and soapy. It then gradually morphs into a smooth powdery flower bouquet. Rose, hiacynth, violet, mimosa, lily of the valley, jasmine and other flowers interlock with one another. I can hardly pick either one out of the bouquet. It has a floral-type of sweetness, and it smells perfume-y. It doesn't smell unpleasantly synthetic, but it certainly doesn't aim to smell like real flowers. It's an artifice, cleverly structrued and well refined. Glamourous as it is, Paris EDT is surprisingly airy to my nose. I didn't find myself wearing a heavy velvet coat. Instead, it wears like a gauzy aura gently hovering around me. I doubt if the EDP has the same texture, though.

However, I do find that Paris is from an era other than our current one. Paris is like some timeless icons such as Audrey Hepburn : people admire their elegance and beauty but one does not necessarily wear exactly the same way as they do in their times. I admire and respect them as an inspiration. I'd occasionally treat myself with a few spritzes of Paris EDT to be embraced by its grace.

By the way, Paris EDT has a moderate sillage on me even with a few spritzes, but it lasts a good 12 hours and survives a shower.

Wild Gardener
Show all reviews by Wild Gardener
Paris takes the form of an early-modern trope of perfumery - the rose-violet, and reworks it for the late twentieth century.

It's based around Sophia Grojsman's Hug Me accord of rose and violets. There's a soft pink milky rose, which is paired with a mimosa-like lily - dusted with pollen - and this is grounded on a musky note that smells like formica table top. The rest of the profile is a hard and dry violet. This gives an edge to Paris, an unfeminine feel that isn't contradicted by the neutral muskiness of the base.


This epicene floral of soft pink rose and hard dry violets was something quite new. Paris gave an unheard-of toughness to a feminine form, and it did this at a time when a new generation of women like Siouxie and The Banshees and Nina Hagen were making names for themselves in the macho world of New Wave. Their style was an unladylike one of black leather jacket and dyed spiky hair. Traditional notions of femininity were being challenged, both in fashion and in perfume.

Paris wasn't just a hard nosed rerun of a traditional style but a modern new blend of feminine and masculine which had something apposite to say about the gender politics of its time. It was, possibly, the first feminist floral.

It's also very powerful and can be stifling if you overdo it.


#242557
S
Suvana
Show all reviews by Suvana
The true 80s Paris was indeed a roaring beast that would tackle you to the ground in a pink powder swirl and stuff your throat with roses. I adored it and wore it for years, until changing tastes made it impossible to wear in public.

The reformulated version is a little more sparkly and fizzy but has entirely lost the bass velvet growl of the original, and as a consequence seems rather run of the mill.
#198576
Show more reviews of Paris...

Add your review of Paris Members who own Paris