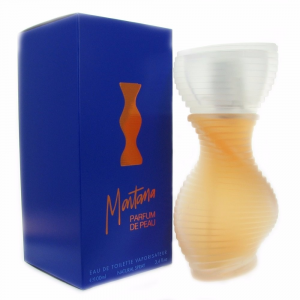 About Parfum de Peau by Montana

There are 14 reviews of Parfum de Peau by Montana.

Colbourne
Show all reviews by Colbourne
The words "sexy" and "diaper" should never be together. Yet here we are, reconciling this cognitive dissonance. How do I unthink this? Anyhow, enough of that, lest I really alienate myself from all of humanity.

So, Parfum de Peau is so profoundly aldehydic, resinous, and meowly, growly, that I blush just wearing it. There is this orange, astringent marigold note that muscles its way through, with dirty pillows made of jasmine and narcissus. "Who's gonna ride your wild horses?" they sing. Well, keep that depravity to yourself, the narcissus is horsey enough. The dry down reveals more of the leather and incense that clings to the skin like a kitten's paw.

I can't help but to think of Brenda Dickson of 80s soap opera fame (if we can call it that) or better yet, comedienne Devin Green's parodies. Dickson wears these while pondering amorous congress sticks (that's carrots) and underlining her vageen with a stationary bike (please refer to Youtube and brace yourself).

What a thrill ride. I really think I should wear this to a (Unitarian) church as it is an olfactory sermon of impure thoughts.

And we didn't even get to the bottle. It's an effing genome. Sums it up. Brilliant.

Varanis Ridari
Show all reviews by Varanis Ridari
Perfumer Jean Guichard was surely on a roll in the mid-80's with big, bold, and brash feminine fragrances that often less-than-discretely blurred the gender lines in the perfume world. Composing the debut Montana Parfum de Peau (1986) fresh on the heels of both Paco Rabanne La Nuit (1985) and Poison Christian Dior (1985), Jean eased off on the throttle just a tad to make a rose chypre which had all the vigor of his past works but a more subtle animal attraction with the interplay of leather and musks in the base. The result of this approach is a perfume that feels every bit in line with the niche rose perfumes of the 21st century (particularly from the Middle East), but with a decidedly Western execution of balancing virility with approachability. This was just the kind of balance Claude Montana would need to get his perfume acclaimed and in stores at a time when everyone wanted to make a loud statement with their perfumes without necessarily knowing what they wanted to actually say with that statement, which would be Parfum de Peau's key for surviving the era; this glows and smoulders without scorching unlike its rivals of the day.

Like most huge red rose chypres from the 80's, Parfum de Peau barrels in with aldehydes and fruity notes swirled with sharp bergamot, plus a jammy Turkish rose. Peach lactone and bergamot are here alongside blackcurrant and plum, with a bit of ginger and pink pepper to spice up and dull the sweetness. The Turkish rose plays as expected with jasmine indole, tuberose, and carnation, making Parfum de Peau fleshy as the name suggests and full of lust. There's some ylang-ylang here too, but it is buried in the sex moans of the fruity rose indolic glow, allowing a leathery trifecta of isobutyl quinoline tannic notes, civet, and castoreum to stink up the base. Amber and patchouli keep the affair warm, a bit green, and soft-spoken as sillage begins to surprisingly recede after the loud top and middle. Olibanum, sandalwood, vetiver, and oakmoss provide the incense-like chypre base, but the animalics are what command this perfume. Wear time is immortal like most big perfumes from the 80's, but Montana's debut scent won't get you kicked out of any restaurants like the Dior. I'd save this for romantic fall or winter gatherings though, unless you fancy yourself a bizarrely hot mess if used any other time, and the stuff is simply divine when caught on skin from up close.

Parfum de Peau is luscious, heady, flirtatious, and not in the least bit casual, but unlike something such as Estée Lauder Knowing (1988), doesn't jump your bones immediately with a huge singular rose/patchouli sledgehammer. Instead, rose and patchouli are merely unwitting guests in a brothel of leather and slightly-sweaty bodies, hand clasped over mouth as they watch unspeakable things commence, rather than shouting to the world that they mean business like in something such as La Nuit. Chypre lovers looking for a chewy oakmoss base won't really find it with the blending of Parfum de Peau, but lovers of things like Aramis Perfume Calligraphy (2012) or Lady Vengeance by Juliette Has a Gun (2009) are in good hands if they don't mind a bit of sweltering leather stirred into their rose and patchouli soirée. I rather like Montana Parfum de Peau and Jean Guichard's efforts to add some surreptitious masculine stink to toy with what was otherwise a feminine power chord of a perfume, and it's the restrained but satisfying sillage that keeps this from becoming a joke. Just like Momma used to always say, it's the quiet ones you got to worry about, and nothing holds truer when it comes to Montana Parfum de Peau. Thumbs up!
#218160

Shahbaz_2009
Show all reviews by Shahbaz_2009
A great masculine women's scent when you want to feel super sexy.It never tame,full of shocking sensuality, this scent seriously drives a man wild with passion.it is not absolutely feminine and i found a masculine characteristic in it.strong,bold,deep, intriguing,alluring, leathery,complex, unisex,sultry and utterly passionate.

A secret and sexy elixir of sexy black currant,black berry, rose,jasmine and antique patchouli makes top and heart notes,while a warm and sensual base notes of amber,incense and especially leather speaks of a deep fragrance, matches afternoon and evening wear for women who are as assured in their sexuality as they are indifferent to passing trends.

PARFUM de PEAU is not for the faint -hearted!it is for Impertinent and rebellious woman and reminds me a femme fatale,a smoker woman who she wants to make a deep impression and a man go wild.It is definitely for cold weather.if you are looking for a sexy and heavy scent for saturday evening,i recommend this one.
#254956

Brian Buchanan
Show all reviews by Brian Buchanan
A vanillic red rose with animalic and jasmin undertones which is followed by an edgy upper accord of incense and cassis. Marigold and ginger give an unusual dry side note that contrasts finely with a musky narcissus hum. This opening blossoms into a fully rounded accord in the classical French manner of voluptuous and slightly disreputable rich florals.
By the first half hour a peppery, powdery and oily-rich red rose-jasmin bouquet establishes itself centre stage.

The body proper is slightly disappointing because the delicacy of the floral heart is soon clouded by a dark whiff of leathery amber and patchouli, but when the incense arrives like the glamorous star guest at a reception, Parfum de Peau sparkles with an exquisite richness and maturity.

Next on the scene is an underlay of chewy amber which develops a condensed milk feel.
Its lactonic quality blends with and accentuates an existing skanky nuance to give a somewhat lascivious feel, and meanwhile a leather note prowls around.

As the body declines around the rose-jasmin and over the amber to the base its character remains vibrant thanks to the longevity of the incisive top accord. After the incense-blackcurrant fades, however, what remains into the drydown is a very nice and persistent floral musky patchouli.

In essence the profile is a rose with sweet powdery and incense sides and various nuances in tow. The floral bouquet is very subtle. It can appear now like rose, and then like jasmin, but the neroli remains close to invisible at all times in my sample, perhaps due to age.

A difficult perfume to wear because of its uncompromising sharp overtone and a classical, somewhat haughty demeanour which makes it most definitely not a casual proposition, but it does have moments of sheer beauty and a comfortable drydown which on the right person would be stunning.
Created by Jean Guichard.

J
JackTwist
Show all reviews by JackTwist
Turin calls this a neon floral, gives it four stars, and goes on to say it is a fluorescent woody rose, reminiscent of Rabanne's La Nuit, "garish and excellent."

Barbara Herman calls it both a "hybrid floral oriental" and a "fruity chypre, loud and cacophonous."

I don't find it loud at all. I find it a perfectly balanced fruity/spicy chypre. The peach and plum are lusciously sweet, but kept in check by the drier cassis. The ginger, pepper and cardamom give it a caramel, burnt sugar sweetness, and the civet and castoreum in the base give it an old-fashioned flora/woody chypre quality - something from the 1940s.

Montana opened its house in 1979 and closed in 1997. Parfum de Peau was a re-working of their first scent, Montana. The title is odd in that it has no leather notes, nor does the scent of leather ever emerge. Go figure.

In any case, this is a delightful "original," both happy and grounded at the same time. A terrific scent for summer evening wear.

Parfum de Peau's assertive aldehydic rose top notes smell perfumey, but the rose is rounded enough that they fall a few yards short of crass. As the composition infolds, Parfum de Peau expands into a powerful, opulent rose chypre, a genre that also counts Beautiful, Knowing, and Paris among its members. Parfum de Peau shares with this clan its dense rose, patchouli, and mossy-woody base notes, but where the others cling tenaciously to their gargantuan rose accords, the Montana turns more resinous and animalic with wear. What begins as an aldehydic floral pupates as a rose chypre, to emerge in the end as an ambery leather chypre. The wearing experience that results is at once more stimulating and less potentially tiresome than its more steadfastly consitent sisters. It helps too that Parfum de Peau, while tenacious, is marginally less loud than many of the other grand 1980s rose scents. It's good and it's cheap. What more could you ask for?

Other perfumes by Montana 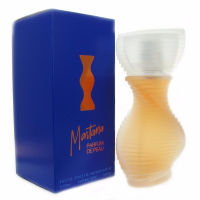 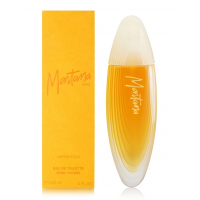 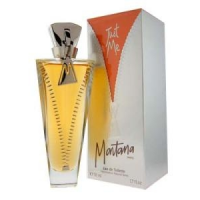 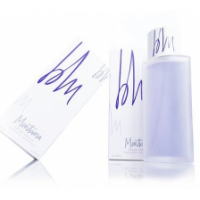 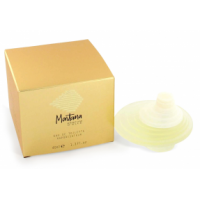 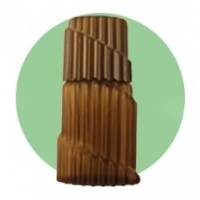 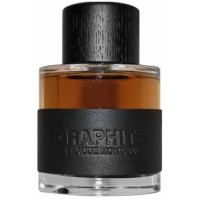 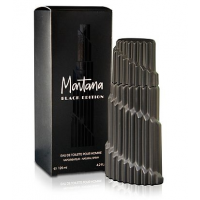 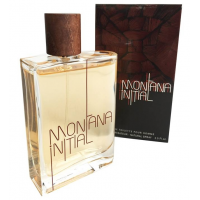 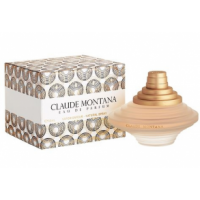 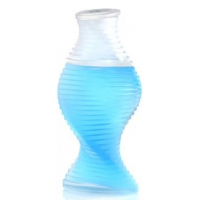 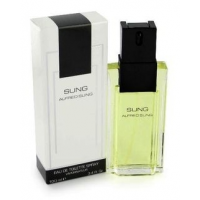 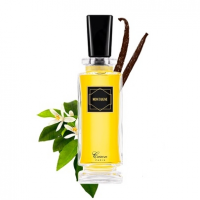 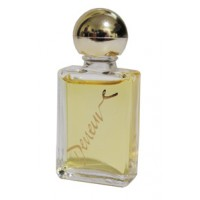 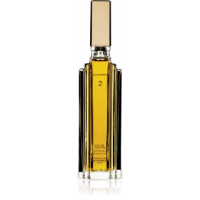 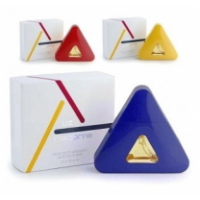 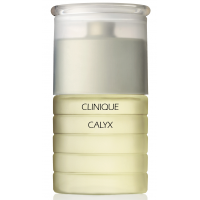 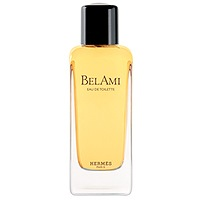 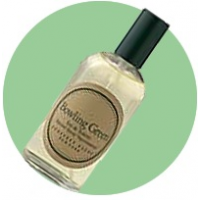 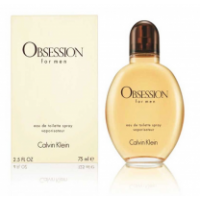 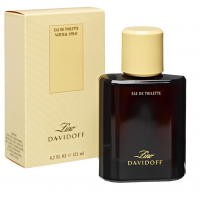 Members who own Parfum de Peau