About Obsession by Calvin Klein

On the launch of this perfume, Calvin Klein said: "I didn't want an old-fashioned recipe, I wanted something direct, sensuous and provocative, which represents the way I feel about women."

Where to buy Obsession 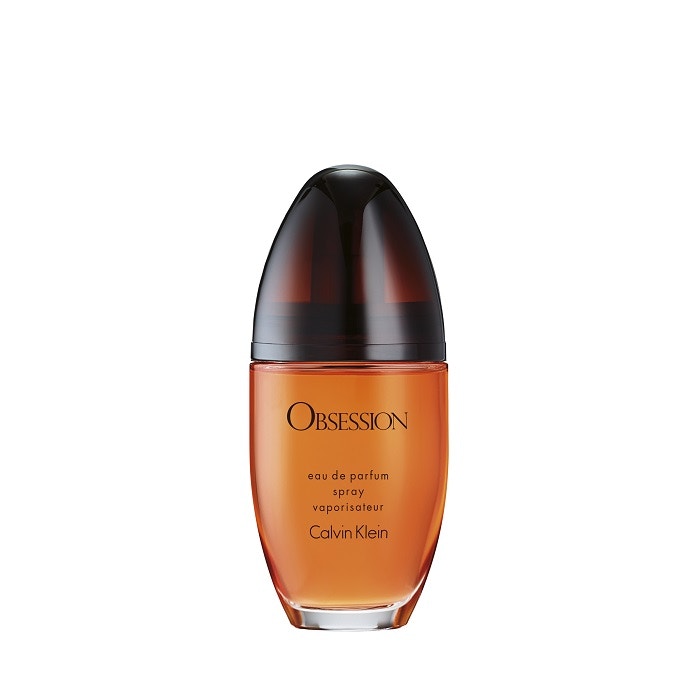 Reviews of Obsession by Calvin Klein

There are 83 reviews of Obsession by Calvin Klein.

jaybeez
Show all reviews by jaybeez
I absolutely love this fragrance. Such a nice balance of fruit and floral top notes and then it dries down to a nice warm vanilla. I normally don't like vanilla, but for some reason this works on me. I've yet to try the men's version, but my wife doesn't really like "men's" fragrances, so I may just stick with the "women's" version. This is my "go to" scent at night, and it lasts until morning.
#231589

GeorginaK
Show all reviews by GeorginaK
In a room wearing Obsession sitting next to a freshly made pomander, a blood orange stuck all over with cloves. I don't know which fragrance is the most divine -- me and Obsession, or the orange and cloves.

I put the tiniest of dabs at pulse points--because I'd been warned, immediately I imagine I'm in a nightclub trailing a rich indolent fragrance which turns heads, but I walk fast, so I don't see expressions.

It calms slightly, I'm in church, sandalwood incense and huge bunches of white stalk at the altar, the scents are intense, but changing-calming.

Hours pass, now writing this, I lift up my wrist, and I AM STILL WEARING A GORILLA, sitting next to a pomander.

Will I wear it tomorrow? It's an event which must be prepared for.

YKem
Show all reviews by YKem
Great scent. My mother wears it.
Great sillage but with moderate longevity.
I suggest you buy this.
Best worn during chilly weather.

perfuma72
Show all reviews by perfuma72
Love this beautiful rich amber concoction from the eighties. I prefer the original formulation that has the gold band around the cap. I've hoarded bottles which I bought from eBay like a maniac lol. This fragrance has a beautiful scent cloud and I would definitely recommend you trying it out. Calvin Klein really was ahead of his time he brought out some real classic fragrances that have stood the test of time.
#194666
K
kyl77
Show all reviews by kyl77
I have both the vintage and reformulated versions of Obsession and they're both good. The vintage has an interesting green note along with the spices and vanilla. It's fresher and rounder. The reformulated version is all spices and vanilla. Cinnamon is especially prominent. I personally find this version a tad bid sweeter and more unisex than the vintage. All in all, I recommend owning both and just thinking of them as separate perfumes.
#182386
D
Daisy900
Show all reviews by Daisy900
I was born the year that this was released and it must have been worn by many during the 90's because it is so familiar and nostalgic, even though I know my mother didn't wear it.

I don't understand how this can be described by some as 'too sweet'. It is very unisex in my very humble opinion and perhaps has a touch of sweetness but is far from excessive. It's clearly an oriental and one that fit's in rather unnoticed when worn in the here and now, unlike the massive 'power-houses' of the decade, which can now feel heavy and old-fashioned.

Add your review of Obsession Members who own Obsession