Where to buy Mémoires de Mustique 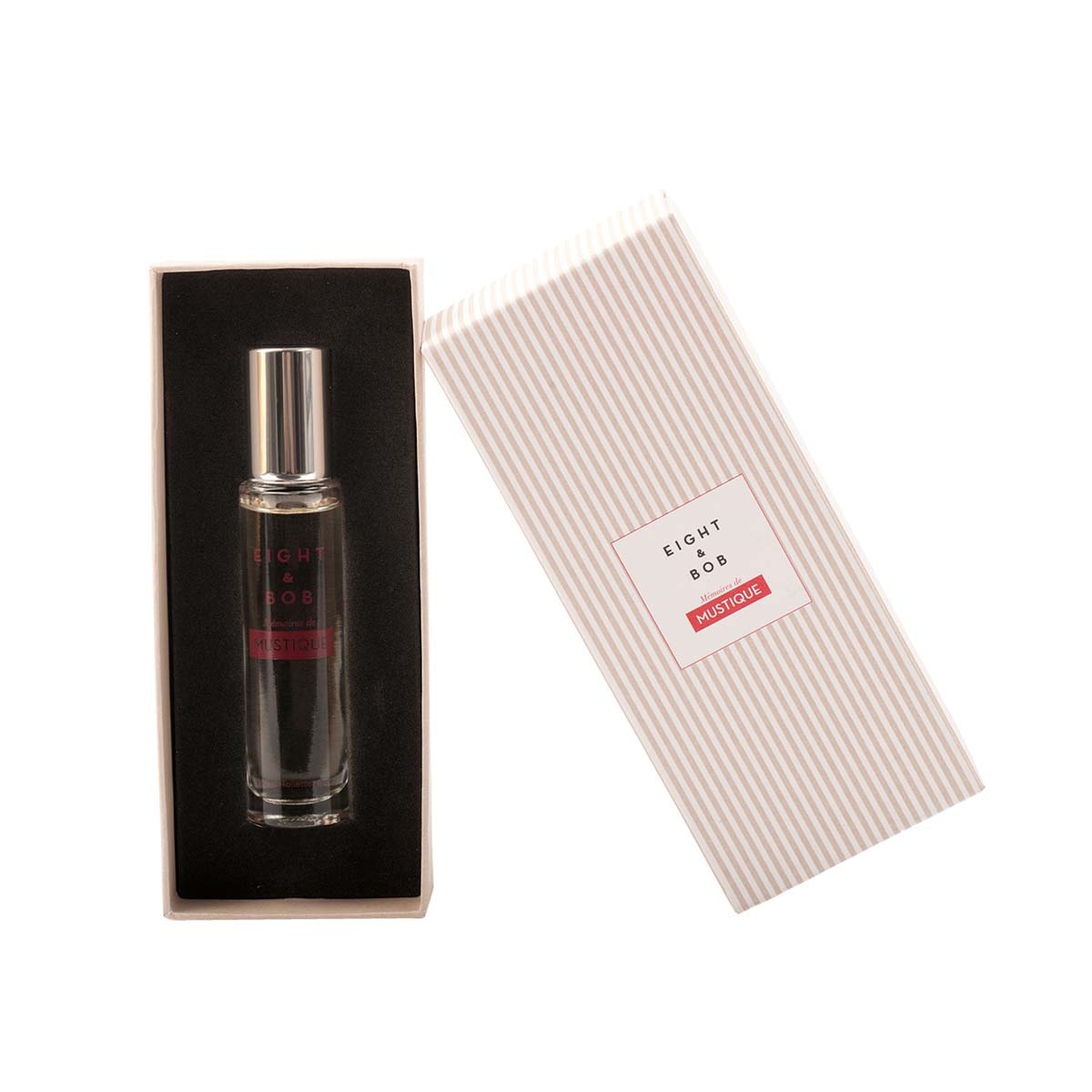 There are 5 reviews of Mémoires de Mustique by Eight & Bob.

landshark321
Show all reviews by landshark321
Memoires de Mustique is the freshest, most agreeable offering from Eight & Bob that I've yet tried, but it's also the least provocative, deep, and interesting.

It's mainly a mix of the orange plant notes at the top (neroli, orange blossom, petitgrain)--and it's true that I more or less get a bit of each, probably a little less orange blossom than the other two--which dries down to a musky woody resting place within the first couple of hours. Jasmine, woods, amber, and musk provide an agreeable, balanced base.

Performance is a notch below the others from Eight & Bob that I've tried so far, which, at $175 for 100ml, when compounded with its lack of flair, makes Memoires de Mustique an especially difficult sell. Still, it's pleasant, and I'd certainly wear it a lot if I owned a bottle; I just regard a cheaper alternative like John Varvatos Artisan Pure or Dior Homme Cologne as more viable.

Very nice, but probably a bit pricey for what it is.

Starts out smelling almost EXACTLY like Imperial de Guerlain, with that typical lemony-aromatic unisex 4711 vibe. The bergamot fades ever so slightly, with the neroli hanging in there as the scent begins - within a minute - to resemble Tom Ford's Neroli Portofino fragrance. Jasmine marches right in, holding hands with the neroli in an interesting way; orange blossom emerges within this pairing as well, adding a freshness that doesn't diminish from the jasmine-neroli partnership (which remains throughout the wear cycle of this scent).
Amber and musk don't really enter into my perception in any concrete way; they might have entered quietly into the jasmine-neroli, appearing in wisps here and there.

Now, I've had very bad experiences with Imperial de Guerlain fading WAY too quickly, even with my layering the scent. Mémoires de Mustique does seem to last longer, but it too needs to be applied in two laters upon application in order to last more than an hour.

Decent, exotic, and classic overall impression to me.

speedracer
Show all reviews by speedracer
Smells very nice with a nice, smooth citrus opening that's quite interesting. Drydown isn't as unique but is still very pleasant. Very much a unisex scent, can't really tell which way it leans.

Performance is very good, with big room filling projection in the beginning and then just a nice, persistent scent coming off your skin all day.
#193230

the blood on 530 27
Show all reviews by the blood on 530 27
There gotta be something wrong with their sample sets. I get two samples of this from two reliable sources, and both smell, consistently, rusty, fishy(literally), and with an unmistakably Chinese sauerkraut tone. Perhaps it's gonna have a different base, but I don't have the stomach to wait for the dry-down.

Infini
Show all reviews by Infini
I tried Memoires de Mustique for the first time today, after recently receiving a sample: and can only describe it as a very unusual, if not rather odd fragrance:

When I first put the fragrance on, it was an extremely complex and unusual mixture of citrus, amber, woody and even slightly savoury notes, which I wasn't at all sure I was going to like. It had very powerful sillage, and it wasn't long before the whole house smelled of it. However, after about 30-40 minutes, when I was starting to get used to (and like) it, it suddenly changed dramatically, and became nothing more than white musky vanilla (the type found in Black Opium, Mon Guerlain and MANY other contemporary fragrances), which was extremely disappointing - especially considering Memoires de Mustique's price tag.

The vanilla lasted for about three hours, and then the fragrance vanished altogether.

I can't honestly give Memoires de Mustique a negative, as it is not at all unpleasant; however, if the way it changed on my skin is typical, very similar fragrances can be bought at a fraction of the price, and which also last a lot longer than three hours. No members currently have Mémoires de Mustique on their wishlist.

Members who own Mémoires de Mustique

Search for Mémoires de Mustique by Eight & Bob on the Basenotes forums.
Top