About Mémoire d'une Odeur by Gucci

Where to buy Mémoire d'une Odeur 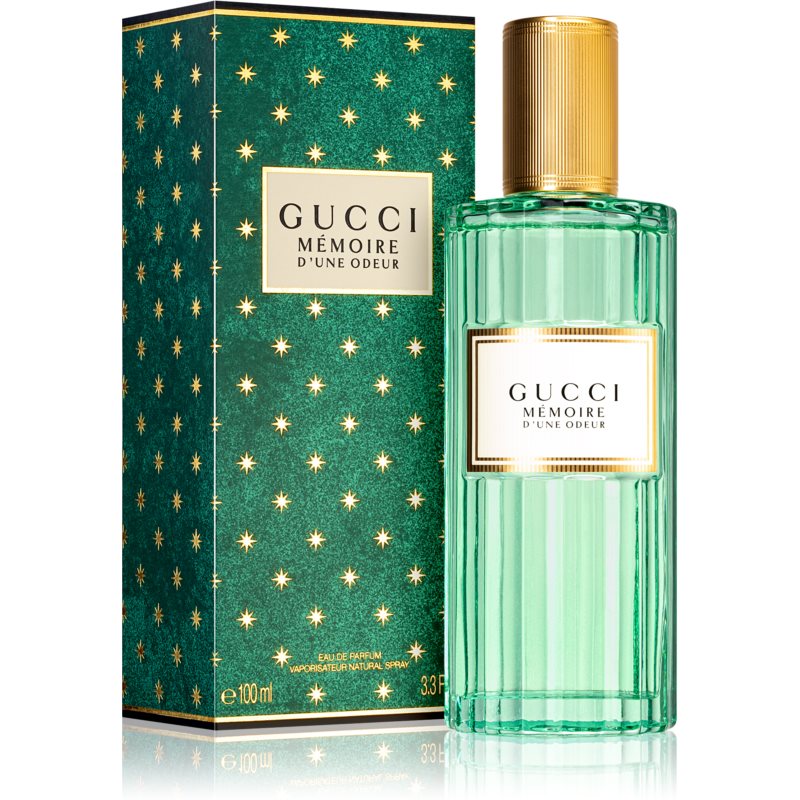 There are 13 reviews of Mémoire d'une Odeur by Gucci.

rbaker
Show all reviews by rbaker
The opening is unusual in it combination of a pleasant jasmine note with a chamomille tea, and the occasional whiff of green tea making an appearance. Delightful.

The drydown adds a nonspecific woodsiness, with sandal and cedar making an occsinial half-hearted attempt of an appearance. Mostly this woodsiness is rather general in character.

The heartnotes make a smooth transition into the sweeter base, where a vanilla is dominant; lashings of white musks are added in. The musk-venilla combination remains dominant on me until the end.

I get soft sillage, adequate projection and six hours of longevity on my skin, the last hours very close to tit.

The opening is the most convincing part of this spring scent; it uses a few unusual olfactory brushstrokes to create quite an original impression. Unfortunately, the rest is more predictable, the ingredients become more generic, and the limited performance does not help. Overall 2.75/5

#247026
J
Jonny_B
Show all reviews by Jonny_B
I was pleasantly surprised by this perfume! At first sniff it comes off a bit powdery, but then it morphs into this lovely watery smell. Not aquatic like an ocean, but a little hay-sweet and slightly chlorinated. Like walking in a damp cave. Great scent for summer (and I've started spraying it on my linens to help me cool down in this horrible heat before bedtime!) I think it leans slightly feminine, but I would love to smell this on anyone! When I spray it on myself I unfortunately become a bit nose blind to it, but when I spray it in my pillows or blankets, I instantly smell it in the air. So I stick to spraying this on my clothes when I wear it. Would definitely recommend to anyone looking for that elusive water/chlorine smell!
#244848
S
Smell'dwell
Show all reviews by Smell'dwell
TLDR: Good (3/5). A somewhat feminine-leaning unisex scent with minimal projection but an overall interesting fragrance.

I bought this fragrance without spraying it on skin at DXB duty-free. On paper, this scent lights up, projects with mighty heft and smells interestingly indolic because of the way the jasmine and the camomile play together. from a blotter, this is an unusual composition that succeeds in evoking a moment in time by being plaintive and smelling ever so slightly dated. I rather liked this scent during my first encounter with it.

On skin, it is like a different product than what one smells on paper. Projection is minimal, sillage nonexistent and the scent is rather damp and flat in the opening. The mid notes are quite floral and probably read as feminine to most noses. The base, which is hardly perceptible on skin, has a vaguely Guerlain-esque woody, vanillic musky note when smelled from about a millimetre above the point where the spray was applied.

While I am not normally one to spray my clothes, my approach with Md'UO is to spray on skin and then spray a diffuse cloud onto my shirt. In this way, the experience is rather more like the way the fragrance smells off paper. The high-quality atomizer makes this routine easy. Used in this way, this fragrance is rather like the CdG Odeur scents (53 & 71), not in the way they smell, but in the way the combination of notes captures an image of a time and place. This is interesting conceptual perfume compounding and I salute Gucci for bringing something so far outside the mainstream to market. Gucci seems to have developed a penchant for occasionally releasing such scents as further evidenced by Hortus Sanitatis, the 2020 limited release in their Alchemist's Garden line.

I rarely wear this scent, because I don't really know for what situations it is suited. However, I can see from the level in my bottle that my wife likes it and uses it more than I do.

my wife's appreciation of this fragrance notwithstanding, I find this scent unisex. I am, however, a big fan of No. 19, Jicky, and other scents that might be said to tilt to the feminine side of unisex. Perhaps being a tall, burly, bearded comfortably and unambiguously cis-het male makes me less concerned that someone might think my cologne smells feminine. be that as it may, what I am sure is that Md'UO doesn't smell 'girly' or fey, even if it has some elements that are associated with female-targeted fragrances when they are blended as they are here.

The bottle is quite nicely styled and gender neutral.

So for me, this scent gets a rather tepid thumbs-up. DEFINITELY not one to blind buy and not an easy scent to find occasions to wear. Test on skin before deciding on this fragrance. Still, I do not regret buying this scent.

incense+heliotrope
Show all reviews by incense+heliotrope
Tasteful bottle/presentation; I find the scent slightly unpleasant, but thankfully forgettable. A camomile note could have been an interesting component to some kind of gentle hay-like aromatic (in similar vein to Anatole Lebreton's L'Eau de Merzhin, or a Parfum d'Empire creation, for example)- this one is a wasted opportunity.
#234113

Darvant
Show all reviews by Darvant
A chamomille-oriented musky/floral accord with a whiff of warm amber/vanilla. A tad Costume National Scent and a tad a Narciso Rodriguez musky creation (Poudree Eau de Parfum for instance with hints of Chanel Allure). Dry down is kind of musky organic, moody floral and soapy.
#241142
E
Eah2224
Show all reviews by Eah2224
So so light you cannot smell it unless your nose is right by your skin. My deodorant has more scent.
#227852
Show more reviews of Mémoire d'une Odeur... No members currently have Mémoire d'une Odeur on their wishlist.

Members who own Mémoire d'une Odeur