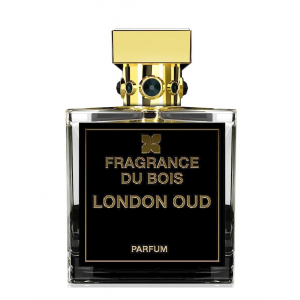 Add your review of London Oud

There are 4 reviews of London Oud by Fragrance Du Bois.

naylor
Show all reviews by naylor
Has this formula changed over the years? I have an older bottle and can clearly smell a blast of oud in the opening, followed by a very woody backbone throughout. It's aquatic in the sense of rain-soaked wood. An interesting balance of fresh and dark notes, beneath a sky riddled with rain clouds. Apparently, YMMV.

"And when I'm home, curled in your arms
And I'm safe again
I'll close my eyes and sleep, sleep
To the sound of London rain"

Scent Detective
Show all reviews by Scent Detective
Straight up a high quality aquatic, nothing more nothing less. There is no oud here. LO smells nice, but is incredibly overpriced. Honestly I enjoy Jack Black's Blue Mark every bit as much if not slightly more than London Oud and it costs so much less it would be insane for me to pay the larcenous prices for London Oud when I already own Blue Mark. My advice, save some money and buy yourself some Jack Black Blue Mark.
#229415

Kaizen1972
Show all reviews by Kaizen1972
A fresh, aromatic-marine experience from the niche fragrance makers at Fragrance du Bois.

Personally, I did not detect but a minuscule amount of oud that seems to be overshadowed significantly by the lavender's herbal, scintillating presence.

The rest of London Oud's tableau evokes images of urban waterside living, thanks to the calone and citrus head notes, blended with the medium strength mint plus lavender. Floral notes add an "outdoorsy" feel, with some beautiful spiciness from nutmeg and mentholated cardamom. Performace is not bad - long-lasting with soft sillage.

Great non-oud oud aquatic scent with some depth and interest. But there are a legion of other fine aquatics out there that cost a fraction of this high-priced outing.

IsoESuperman
Show all reviews by IsoESuperman
Do you like fragrances that have oud on the label but barely smell of oud? Are you one of the few people who likes the YSL flanker L'Homme Libre, but wish it cost 20x more? If so, this is an exciting day folks - London Oud is here to answer your prayers!

That snarky intro isn't totally fair. There very well may be real Laotian oud in here, with its straight-laced lacquered tone and airy nuances of fruit, but I honestly think this smells 90% identical to L'Homme Libre. I do like L'Homme Libre quite a bit (the only L'Homme I like) therefore I also like London Oud. London Oud smells a bit more polished, softer, and rounder. Overall, it is more interesting.

For details of what London Oud smells like, check out reviews for the YSL, or get a sample from LuckyScent like I did (worth a sniff for $6). The pyramid for London Oud here is considerably different than that of the Fragrance du Bois website, which shares more notes with Libre, patchouli being the most important.

The latter smells of quality more so than the former, but I know which I'd pick.
#189165 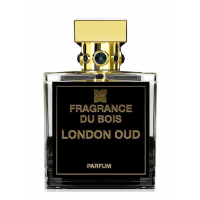