About Libre by Yves Saint Laurent

Where to buy Libre 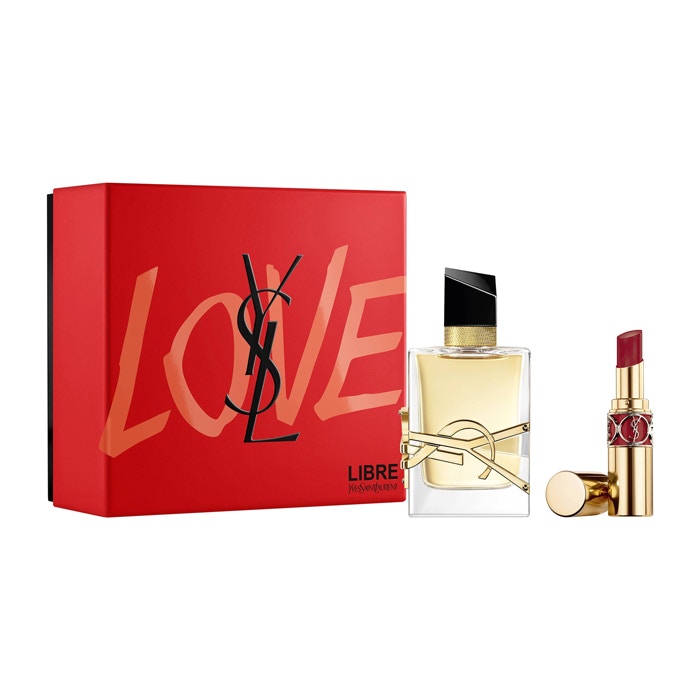 There are 4 reviews of Libre by Yves Saint Laurent.

aquila_2009
Show all reviews by aquila_2009
A stylish,wealthy 30s with a cute face and good figure on a rainy day,tucked in with a book,and her cat in her lap.it smells like something I've smelled before.the opening is a little harsh but the dry down is just nice.this is a young adult kind of fragrance.not playful enough for a teen,not collected enough for an older, more sophisticated woman.

The opening of citrus,the lavender adds some chill vibes. the heart with white flowers is constant over temperatures and give the perfume a very feminine touch.finally in the end i get a lot of vanilla softened by the other notes.suitable for day and also for night because the lavender smell calms and relaxes the mind after a long and full day.it's not glamorous,not seductive.when i compare this one with masterpiece classics like Opium or Rive Gauche,it just smells good nothing more,nothing less.

Rick58 & Beth62
Show all reviews by Rick58 & Beth62
I expected I would love this fragrance, and was exceedingly confused by my reaction to my first wearing. Upon purchase, I opened it and sprayed both wrists and neck. The mental image I was slammed with for the next several hours was that of a large orchestra, all tuning their individual instruments with the volume knob at 11. That was 6 weeks ago.

In an effort to better understand it, I'm writing this review with a single drop on the back of my hand. Within the first 10 minutes, I'm finding the top notes of black current, neroli and mandarin are unable to assert themselves with any impact, pushed rudely aside by jasmine and a strong, soapy lavender. 60 minutes later the screechy aspect seems to be slowly backing down, a touch of warmth tentatively rising to the surface. I'm hoping for vanilla but I have my doubts.

Cedar and vanilla blend well toward the 3 hour mark and the shrieking aspect has subsided. A faint, vague sweetness has emerged at 5 hours, but zero projection, I am pressing my nose to my hand now. The lavender is still present but now just a barely audible hum.

Final thoughts: The drydown is enjoyable but I'm unwilling to tolerate the fragrance to get there. Because it has a long finish that smooths out significantly better than I originally predicted, I feel it's only fair to offer a neutral rating.

rbaker
Show all reviews by rbaker
The top notes comprise a deep neroli with aromas if tangerines and white florals. Initially quite rich and later with the aroma of orange blossoms following in, this is fairly agreeable, albeit quite predictable.

In the drydown I get a somewhat unexciting lavender impression, which is paired with some lavender. Now the richness of the top items is gone, and the mix has been thinned out considerably.

The base is characterised by a rather thin vanilla note and, in the foremost position, by a spattering of white musks.

Not bad is the opening of this spring creation, but after a pleasant beginning of some pleasantness the rest is too synthetic and too generic to convince. 2.75/5

Varanis Ridari
Show all reviews by Varanis Ridari
Yves Saint Laurent decided to do something a bit risky for a change with Libre (2019), by taking a genre typically the realm of mainstream masculine tropes and subverting it for the feminine market. In actuality, this isn't all that new of an idea, as "tomboyish" feminines have perennially cropped up in the market since the advent of separate genders in the mainstream fragrance world way back when the first "Pour Homme/Pour Monsieur/For Men" scents hit the shelves. In this instance, we're getting a feminine market iteration of the lavender fougère, but obviously not on the direct level of something like Dana's Ambush (1955), which itself was a retooling of Dana Canoe (1936) by the same perfumer. Instead, Libre borrows a bit here and there from masculines of the recent past by Yves Saint Laurent, taking the woody synthetic amber base from Yves Saint Laurent L'Homme (2006) and the sweet lavender from the flanker La Nuit de L'Homme (2009), mixing in the ambrox elements of Yves Saint Laurent Y Eau de Parfum (2018), then padding it out with notes more congruent with the mainstream idea of the feminine scent palate. The results of this mad science project from perfumers Ann Flipo and Carlos Benaim is pretty good, rather sexually ambiguous (as to be expected), but ultimately not so exciting. This is a comfort food scent that can realistically be worn by anyone but swaddled in iconography meant to have feminine appeal.

The opening is mandarin, petitgrain, lavender, and juicy blackcurrant. The lavender and petitgrain strike right away as a barbershop accord most familiar with mature men who wear things like Creed Bois du Portugal (1987), but a sweet orange blossom and jasmine enter into the heart, where the lavender lasts from the top to join them. Here, Libre becomes closer to a unisex and powdery clean sort of fougère accord similar to cK Be by Calvin Klein (1996), but without the tart peach note. The heart of the scent throbs with lavender, orange blossom, jasmine, and a warmth powered by the glow of its powdery musky base, which isn't readily apparent until this has set on skin for a good thirty minutes or so. Amber and ambergris notes pack a one-two punch of warmth smoothed out into a vanilla glow, meaning Yves Saint Laurent is striving for something of a modern Guerlain approach with a cozy blended vanilla but this is no Mon Guerlain (2017) clone. I normally try not to use synthetic itself as a synonym for "bad", but here the obvious artifice of the blunt-force vanilla note in Libre is the one part that reminds you what YSL is willing to spend on it's non-prestige lines anymore. Overall, this is good, if a bit homely to those used to more sophisticated perfumes. The only bit of controversy in this is the fact that the fougère accord itself has been reclaimed for a market that traditionally has avoided it for the better part of a century, but there is nothing else really daring about it, and this lacks any oakmoss or evernyl so it technically is only near-fougère by definition.

I'd say as a romantic spring and fall scent, Libre would be a charmer in a setting where a quiet dinner out or night window shopping is in order. Libre is too soft spoken for a club or a formal gathering, even if it does has a nice long wear time of about 10 hours. Since this does have some rough edges in the base, niche aficionados may not approve, but that's not the market this is after methinks. Women looking for something not so sweet as a gourmand and not sharp like a chypre will love this, while men liking fougère accords and unafraid of a little gender bending will warm right up to it. This stuff has a lot of transgender potential as well, because it really does smell like it is all about being free like the marketing states and not bound to gender norms, despite the fact that it is ironically pitched to women instead of being labelled unisex. There was a much earlier Eau Libre (1975) by Yves Saint Laurent that shared many of the notes this one does, but had a chypre base and aldehydes in the top. This may very well be a spiritual successor of sorts outside the obvious genre and gender marketing differences, but regardless is a friendly smile of a lavender scent that is really hard for anyone to dislike. Sample before you buy because the vanilla dries differently on various skin compositions, and personal chemistry on Libre plays a bigger part than with some perfumes because of it, or just wear it on the shirt and never mind any of that. Thumbs up.
#221183

Add your review of Libre Members who own Libre