About Jubilation 25 Woman by Amouage

Where to buy Jubilation 25 Woman 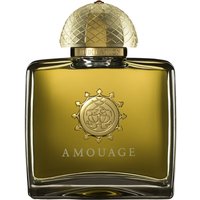 Reviews of Jubilation 25 Woman by Amouage

There are 39 reviews of Jubilation 25 Woman by Amouage.

26 Positive (67%) 9 Neutral (23%) 4 Negative (10%)
T
tessera
Show all reviews by tessera
I tried an older version and hated it. It's probably the cumin, but I smelled civet, which made it dirty and grubby smelling. It was a strange mix of light pretty florals and civet. No patchouli, no Vetiver, but loads of civet. Total pass for me.
#249967

Mistertaz
Show all reviews by Mistertaz
Amouages Jubilation 25 is clearly a modern homage to the classical French chypre, and strangely has no relation to its mens counterpart.

Its an elegant and feminine scent which is well blended, but has the modern trait of having more distinct notes and phases than classical perfumes.

It opens with soft citrus and aldehydes, and soon adds smooth rose and fruity notes reminiscent of peach and apricot. This phase continues for awhile until the citrus fades and introduces a maple syrupy sweetness with a hint of suede. The fruitiness then settles and the base of amber and patchouli emerges, with just a hint of cumin to balance the sweetness.

I find this a very relaxing scent, with the opening reminding me of Chanel, the heart of Guerlain, and the base of Amouage. It would be a beautiful perfume to smell on the neck of a well dressed woman. In the latter phases it could also be (just) pulled off by an elegantly dressed man. Its not my thing, but thumbs up!

zerofox
Show all reviews by zerofox
Repulsive combination of banana and pickles which seems driven by the baffling decision to pair tarragon with davana. Amouage has a large enough repertoire to afford its share attractors and detractors that will vary wildly among its wearers. For me, J25 us unlike Memoire Woman in that although it wasnt something I cared for but ultimately concluded it was because I personally could not pull off the fragrance. Not so here. The tarragon/davana salad-dressing-on-bananas made J25 ruinous on me. Power to those who love it. You have zero competition from me for J25.
#242492

Kotori
Show all reviews by Kotori
Cumin! Not since Declaration have I smelled this much freshness juxtaposed with this much cumin. Here you have sort of a cKOne freshness like hedione or maybe those notes in the Clean fragrances, combined with some subtle spices such as maybe cardamom and bay or sage... and then so. much. cumin. Much more cumin than Kingdom or Bigarade Concentre. Im usually a fan of this technique of dirtying something fresh with a dose of cumin or cardamom. I nearly bought the fruity-armit Kingdom when it was being widely sold. I occasionally enjoy wearing Declaration. Bigarade Concentre is one of my favorite orange fragrances. I enjoy Theo Fennels Scent, and I think Salome is a fantastic piece of art. But this is way too much. And I am not one for labeling fragrances as masculine or feminine, but the vibe is very masculine here. There is so much piercing freshness that it makes my nose tingle, and so much cumin that I smell a sweaty, unwashed male athlete nearby. The effect is like walking into a mens locker room after a game as deodorant is being sprayed on. I feel anything but jubilation.
#240947

Varanis Ridari
Show all reviews by Varanis Ridari
Jubilation 25 by Amouage (2007) is the feminine counterpart of Jubilation XXV (2007), differentiated by the use of standard numerials in place of Roman ones. While Jubilation XXV is a very smooth and blended oriental spice and oud fragrance basesd around various resins and incense, Jubilation 25 turns away from the traditional Arabic perfume vibes given off by the male counterpart and shoots for classic French chypre perfumery. In fact, so studied and accurate is the emulation of classic feminine chypre craft here in Jubilation that it will stun many fans of vintage perfume styles with how it achieves such an emulation while being within the confines of IFRA regulatons. For all the self-congratulations the brilliant Roja Dove does for creating a "mossless" chypre with Chypre Extraordinaire (2018), Lucas Sieuzac was here doing similar feets of perfume magic a whole decade beforehand, albeit not with absolutely zero oakmoss content. For those who can't or don't want to make sense of all that, Jubilation 25 is a grand old floral perfume styled after greats like Guerlain Mitsouko (1919) and Chanel No. 5 (1921), but with an oriental twist befitting a perfume brand from Oman and a nod to Diorella (1972). What this means for the average person is Jubilation 25 will come across really "big" and "perfumey" at bestm or "old lady" at worst, although for me this style is really quite unisex.

The opening of Jubilation 25 is full aldehydes, lemon, ylang-ylang and bergamot which recalls the work of Roudnitska on Diorella a bit. There is a bit wallop of fruity peach and apricot tones here, caused by davana rather than the usual culprit of lactones like in older chypres or osmanthus in newer. Davana often gets discretely used for fruity tones in modern perfumes, but is rarely named on its own as a star player in a note pyramid, so it's interesting to see here. Frankincense and myrrh let you know this is an Amouage after entering the heart of Jubilation 25, but a lovely golden rose tone achieved with labdanum and artemisia with the davana help drag Jubilation away from the Guerlain and Dior comparisons to something closer in shape to the aforementioned Chanel. The real magic that sets Jubilation 25 apart from its venerable French peers is the way the base shapes up under the incense and labdanum backbone. Wisps of treemoss help assert the chypre form, which is smoothed and shaped, then emboldened with patchouli, amber, vetiver, and a musky cumin vibe. The cumim comes late in the wear, but it helps duplicate the "warm skin" vibe many of the old animalics or nitromusks used in chypres past themselves helped communicate, giving fixative assistance to what little moss is present. In terms of smell, this makes Jubilations a fruity woody/musky perfume with a golden glow, sweet but also sharp before being smooth and rich. Jubilation 25 is a perfume of the night comprised of elements found in classic perfumes typically worn in the day, made for a ballroom or stroll on the promenade in your best outfit, and definitely not a casual wear.

Same too can be said for the Jubilation XXV, the dancing partner to this scent, and both have tons of projection, sillage, and lasting power to go the distance all day if that's what you wanted, but this perfume is a such a regal and majestic smell that it may grow tiresome if you try to make a day-long affair of it. I'm not normally the biggest fan of fruity perfumes and I admit the davana in here strikes me as a bit much in the same way osmanthus can, but the whole of Jubilation 25 is just so exuberant and well-done that I can get by just fine. Hardcore chypre lovers regardless of gender should get their nose on this, as should fans of the big old "grown up" perfumes of the 1920's through 1960's as this is right alongside them in style. Like the aforementioned Roja Dove, Amouage will turn away quite a few from its hefty price, but unlike Roja parfums, Amouage does see quite a bit of discounting that puts it into territory comparible to designers at MSRP for the curious blind-buyer. I might assert again that everything about this screams "classic French perfume", yet does so through a Middle-Eastern lense, but that's something Amouage has been doing in one degree or another since they started. I have a feeling when Louis Sieuzac was cooking up Jubilation 25, he was given carte blanche and rummaged through his mom's favorites looking for to make the ultimate homage to her good taste. Works for me. Thumbs up.

Abbiss
Show all reviews by Abbiss
Lots of incense and very Amouage and feminine. Flowery and savory kind of gourmand. Then it becomes overly soapy and strong in the dry down. A white musk of that famous cream in a blue tin type. I start disliking it.
#213144
Show more reviews of Jubilation 25 Woman...

Add your review of Jubilation 25 Woman Members who own Jubilation 25 Woman