About Journey Man by Amouage

Where to buy Journey Man 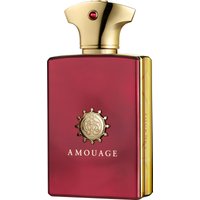 Reviews of Journey Man by Amouage

There are 38 reviews of Journey Man by Amouage.

30 Positive (79%) 8 Neutral (21%)
T
tessera
Show all reviews by tessera
Powdered wood incense and spice first on, with juniper needles. Glue note comes and goes as it dries, with same juniper needles and woody powdered spices. Pretty much a skin scent from the beginning, but not light or sheer. Overall impression I get is of resinous green juniper, dusty wood and a hint of crumbly old leather. I like it and I don’t. It’s very linear and doesn’t change much. Dry and dusty, there's nothing to lift the dry dust. Feels like it's lacking something, either florals or resins or possibly even sharper juniper. Lime, something. It's too flat on my skin. Unisex.
#249965

The spicy opening transitions into a dry woody incense scent with green tobacco (similar to Tribute), a hint of smoke, and a touch of leather in the dry down. There is minimal sweetness, and the blending is seamless.

While being easy to wear and a bit mainstream (Alberto Morillas ....), Journey Man still has the unmistakable Amouage character.

#247578
M
mattandhiscat
Show all reviews by mattandhiscat
A citrus opening with a sexy dirty tobacco and leather enveloping the whole concept, after the opening it sort of drifts into a bit of that icey epic man feel with a leathery tobacco overtone, could almost be a flanker to epic man really. Journey man feels like classic west colliding with east type of perfumery, with the west tone being more dominant overall, this is quiet a complexed fragrance but achieved with an air of simplicity, like when a football team score a great goal and make it look easy, Morillas and Negrin have done the same here, deceptively simple class, performs much better than I initially assessed, strong in the first hour or two and then sits on the skin for a long time.
#238979

Varanis Ridari
Show all reviews by Varanis Ridari
Amouage Journey Man (2014) is an almost fully-Western concept from the luxury perfume house sanctioned by the royal family of Oman. Here we see mainstream perfume wunderkind Alberto Morillas team up with returning Amouage alum Pierre Negrin, the latter whom also worked on Interlude Man (2012) two years before. Morillas had also contributed to the Library Collection for Amouage a year before composing this, and both have rather prolific careers in perfume, particularly Morillas. Negrin has done things from disparate corners of the market, like one of my favorite Avon fragrances to entries for Tom Ford, so it's interesting to see two perfumers usually hamstringed by marketing forces and budget doing something on this level together, with a presumably larger R&D dollars and more creative freedom. The result of this is far more mass appealing than some Amouage masculines, but with the bulk of their work being for the high-street market, it's easy to see how their predilections might be stuck in that way of thinking. Amouage Journey Man comes across like a tobacco scent infused with both modern mass-appeal sensibilities and a big slug of traditional Western/French dandy design, like something that could have been put out by a designer in the 80's but viewed through a prism of the 2010's. The best way to describe the smell of Amouage Journey Man is to take a classic tobacco scent like Davidoff by Davidoff (1984), Montana Parfum d'Homme (1989) or even the later Guépard/Vermeil by Jean-Louis Vermeil (1997), switch out some of the opening and base notes, then leave the heart mostly untouched.

For starters, you have this big citrus chypre-like opening similar to Davidoff, but with a modern sichuan pepper and "green" cardamom note to round out and blend it away from anything truly bright, then the fresh pipe tobacco note comes into play with a huge blob of geraniol to supply a geranium/rose like note in the core which moves this closer to the Vermeil. In Journey Man this geraniol note is paired with juniper berry and olibanum for additional rounding and thickening, while the pepper comes to the fore more as the scent continues to dry, as does the incense. The tobacco remains "unsmoked" and there is indeed no vetiver or birch to suggest otherwise, while heavy oakmoss like in the Montana is also not here, with civet musk like what is found in the Vermeil being curbed (but not eliminated) in Journey Man. Negrin and Morillas have the usual "modern" base fillers to seal the deal of making Journey more likeable as well. This means sweet "modern" tonka making a "tonkabacco" feel later on, the prerequisite ambroxan doing plumes of transparent volume, and a small dab of civetone set in with some interesting choices like cypriol to retain a bit of sour Middle Eastern vibe. Someone from the region used to real ouds or ambers would shoot this down as anything other than a sellout, but for the uneducated Western nose, Journey Man still feels "exotic enough" to pass muster. Wear time is all-day thanks to the usual Amouage power, with heavy projection too, although the richness of Journey Man makes it bad for hot weather in my opinion. If you like tobacco scents, this may find a home for formal use or date nights, but I think Journey Man is a bit too sweet for office or casual wear and definitely not a blind buy based on liking the house.

Amouage Journey Man is one of the safer bets from the line for a guy just dipping his toe into the house and maybe not ready for the full animalic assault of Gold Man (1983) or incense attack of Memoir Man (2010), but wanted something equally extroverted. I can't help but feel vibes from this carrying over to the Yves Saint Laurent L'Homme Ultime (2016) flanker, especially in the way the geraniol note is so prominent in the overall structure, and the ambroxan delivers a steady platform for it to shine. Obviously, the tobacco, labdanum, and musks make this a much more mature fragrance than the YSL, and the sweetness make it less versatile, but the L'Homme flanker nonetheless feels like it borrowed ideas cemented here and presented them in a manner less "niche" than this. Journey Man has a "best of both worlds" vibe merging old tobacco masculine vibes with new, but the sweetness again really makes this a "try before you buy" kind of deal. Still, this is a far cry from anything like Tom Ford Tobacco Vanille (2007) and it's ilk, so if you like fragrances such as Aramis Havana (1994), but don't mind a bit of dandy flair and sweetness tossed in, Journey Man may be worth exploring if you find a deal, because this is still an Amouage and therefore crazy expensive at retail prices. At least this shows Firmenich master perfumer Alberto Morillas can do something other than make AI-assisted clones of his own past designer successes for budding influencers, right? A good perfume, but just an average-at-best Amouage, if that makes sense. Thumbs up.

But that's not to say Journey Man isn't distinctive. I don't know that I've ever encountered another fragrance to use juniper so well, and the way it blends it together with the Sichuan pepper and tobacco and incense is, frankly, intoxicating.

Journey Man is impeccable and thrilling up until the anticlimactic tonka-y drydown, which is still pleasing but pales in comparison to what comes before it.

Still, I'd happily own a bottle of this.

#221416
T
tomofotter
Show all reviews by tomofotter
The Sichuan pepper note is always sour to me in Journey Man. Opus vi by Amouage uses this same raw material in a way that showcases its floral pepperiness while subduing the sourness. It is a spicy/ woody fragrance I just cannot seem to enjoy.
#216564
Show more reviews of Journey Man...

Add your review of Journey Man

Members who own Journey Man