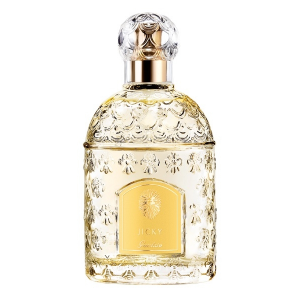 According to Guerlain folklore, this was named after an English student whom Aimé Guerlain fell in love with. It was in fact named for his nephew, Jacques Guerlain.  It was the first 'abstract' perfume as it wasn't reminiscent of one individual note.

Apparently a fave of Sean Connery.

There are 3 reviews of Jicky Eau de Toilette by Guerlain.

Wild Gardener
Show all reviews by Wild Gardener
Putting on Jicky, always feels like being mooned by some smirking twerp, the mixture of dirty civet arse and smarmy sweet leer (and nothing in between) is both provocative and annoying.

The author of Jicky boasted that it's one of just two quality fougères (both by Guerlain) and the rest were "only fit for truck drivers". This isn't one of the best fougères in the world, but it seems to think it is, there's an air of complacent superiority about its antique aroma.

As old as the Eiffel Tower, Jicky is a relic of a bygone age. It stands in relation to today's perfumery in the same way that M. Eiffel's novelty for the Paris Expo relates to the architecture of now.

Because Jicky's structure (like the tower) is heartless (according to Roja Dove) the soaring skeleton and broad sweet base seem a bit weird when compared to a three tier pyramid. At the time, this was a radical departure from the norm, but unfortunately, this kind of skeletal super structure, plus void, plus chewy amber base can also be found in some of the most lazily constructed masculines knocking around at the bottom of the market.

Without being clad in today's shiny exterior (acid fruity floral, orange syrup / spiky wood) Jicky not only doesn't have a normal structure, it also seems rather gauche, and very old fashioned by current standards.

To be fair there's more to Jicky than that, it turns into one of the best cinnamon perfumes there is, the best part by far being the discrete, dusty, warm spicy drydown; but a tail end flourish doesn't justify the tedious dirty joke at the outset.

The biggest problem with Jicky isn't the intrusive scatology however, its the once revolutionary - and now rather suspect - empty heart, which has become tainted by its association with a boring expedient of bad perfumery.

Varanis Ridari
Show all reviews by Varanis Ridari
Most who know of Guerlain Jicky (1889) have heard the story of Aimé Guerlain, who created Jicky for a love interest he had when he was a student in England, which was a country ahead of continental Europe at the time in the fragrance field. The name was supposedly taken from that girl too, but in reality it was the nickname of Jacques Guerlain, future perfumer for the house and kid nephew of Aimé. More importantly than the surface details about the creation of Jicky is what it actually was, and represented in the field of perfumery. 1889 was the same year the Eiffel Tower finished construction for the Paris World Expo "Exposition Universelle", a convention used by France to celebrate the 100th anniversary of Bastille Day and it's own achievments. Jicky wasn't the first French fougère (or technically fougère-adjacent) to hit market, as that distinction goes to Fougère Royale by Houbigant (1882); but it represented something of an aesthetic shift away from imitating nature as Fougère Royale had attempted and instead just was an abstract scent, which was very future-thinking at the time. It's hard to fathom how big of a deal this was back then, since many of the most popular fragrances we use are made up entirely of synthetics or have no common link to something found in the real world, but in 1889 such artifice was godhead, especially at a time of modernist sentiment in France. Reactions to Jicky were unsurprisingly divisive, and the smell downright disruptive compared to other "good and proper" perfumes of the Victorian era. Jicky's gender-fluid nature caused a great uproar with upper classes, as women were uncomfortable with the virility on display with Jicky, while men saw Jicky as impressive and a display of their prowess, adopting it as their own signatures. Street dandies or fops in particular fell head over heels for Jicky, especially ones of what was then unorthodox sexual appetites, and many a cross-dresser could be found doused in Jicky around the infamous Moulin Rouge, which also opened for the first time in 1889. I'm not saying that the stuff became the provenance of a very-underground gay scene in the late 19th century, but the widespread adoption of the perfume among these circles simply added to it's scandalous allure for "normal" folk who wanted to feel "liberated" of society's conventions of the day. Jicky later became the favorite of the Hollywood jet set, from forthright masculine actors like Sean Connery to female sex symbols like Brigitte Bardot.

The smell of Jicky has been tweaked over the years as ingredients change, but the basic gist of Jicky has remained unchanged: a traditional green fougère-like lavender reinforced with all kinds of oriental and animalic notes into a Hell-scape of warm aromatic spice and arrogantly blunt sexual intent. Various EdC, EdT, PdT, EdP, parfum, and parfum extrait versions have been released in Jicky's century-plus lifetime, with varying degrees of the animalic and aromatic content depending on the concentration, but the most lewd take can be found in the pure parfum extrait introduced in 1908 via the quadrefoil bottle. Rosewood and sweet citruses greet the nose upon initial impact of the perfume on skin, and the listed lemon, bergamot, and mandarin all come through over the rosewood hue (perhaps faded some with age in older bottles). A ton of green aromatics mix with a rounded French lavender and rose to produce almost a absinthe-like ghost licorice note, full of goodies such as bay, basil, and rosemary. A jasmine/rose tandem is also present, and the lavender in the heart pairs up with a sultry semi-dry patchouli and tobacco-like vetiver note. The whole thing is almost sickeningly sweet after the brisk cold and focused top subsides, which is one of the greatest switcheroos in perfume, and many renown perfumers don't even consider the heart notes to be in the heart, as they quickly collapse into the heady base and become part of it. This non-traditional structure of Jicky, introducing us with bright top notes before subjecting us to a pandemonium in the dry down, is part of its enduring charm, as it wastes no time getting down to business after the opening moments. Styrax, civet, ambergris, and musk hit like a sweaty pair of underwear wrapped in a brick smacked into the side of one's head, but are mellowed by the then-novel use of coumarin, vanillin, and cinnamon, further rounded out by oakmoss. Supposedly leather exists here according to some materials listing note pyramids for Jicky, but I don't get anything besides a fecal element. Jicky is a rush of blood to the head, and the smell lasts for hours, although productions of lower concentration like colognes and toilettes were brighter and more fleeting, so I can't be sure. 12+ hours is the wear time for Jicky above EdP, and the sillage needs not mentioning. Jicky gets rather cloying in hot weather, and can irritate the nose in dry heat; so for your own comfort, keep this one for cool evenings or autumn air where you don't quite have to run the heat. If you walk into a modern club with this on, good luck.

Wearing Jicky won't make you want to wear a feather in your hat or dance the can-can, but it will transport you back in time to a period where everyone could wear foundation makeup regardless of sex without garnering much of a stare, and when the Belle Époque was in full swing, with artistic flights of fancy spilling into the streets of Paris at midnight. It's all rather sensual, romantic, fanciful, and quite gay. I think the world could use a little more gaiety of this type in it, but Jicky isn't the likely vehicle to deliver it anymore just because of its uncompromisingly animalic oriental underpinnings combined with its otherwise fairly safe barbershop fougère top. The Dr. Jekyll and Mr. Hyde experience this perfume represents make it far too assertive for polite company in the 21st century, and I think the only reason Guerlain makes a pretty penny on selling it is from the morbid curiosity stirred up by it's long, tall legacy and mythic status in the perfume enthusiast community. Jicky is a huge part of Guerlain's own legacy too, and anyone mentioning Mouchoir de Monsieur (1904), Guerlinade (1924), and Shalimar (1925) really can't without touching upon Jicky, since all three of these later perfumes were the result of Jacques "Jicky" Guerlain playing around with uncle Aimé's formula; Jacques swapped notes to make a more masculine Jicky for the former, reduced the scent down to eight primary notes to create the now-famed "house accord" of Guerlinade for the next, and added a new synthetic vanilla to Jicky to create a prototype of Shalimar. Using Jicky itself as a springboard to develop Guerlain's own reputation as a house that builds new perfumes out of the ashes of old ones is a hallmark of Jacques Guerlain's own iterative perfume approach. There isn't much else that can be said of Jicky, and 130+ years later, this stuff is still a musky, murky shocker which isn't for everyone, and has no proper context in which it should be worn. I'm not going to put this on any kind of pedestal for you, because it really is by far one of the most impractical perfumes I've ever had the pleasure to smell, but Jicky is an experience like so many other historical or noteworthy perfumes, that needs to be had at least once even if it never makes its way into your wardrobe. Thumbs up

purecaramel
Show all reviews by purecaramel
Overall Jicky in this 1999 strength is pleasant as Tuberose does not overpower. It is a sweet Floral Bouquet that is rather balanced in texture with a vague honeyed pissy accord. It remains rather tame long enough to have me lose focus until it wafts up with a Jasmine rot supported by a synthetic Funky Civet and my human musk. It's easy to feel as if I'm catching a whiff of soiled panties.
Probably is suited better to mating with Feminine Musk.
Things may be different with a Vintage Extrait.
#219162 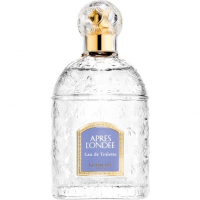 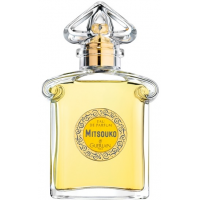 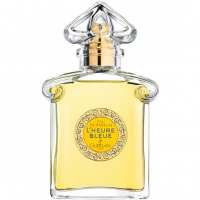 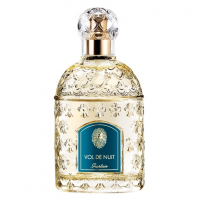 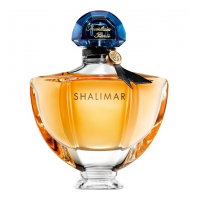 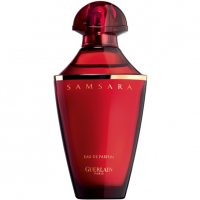 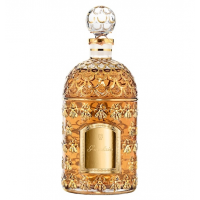 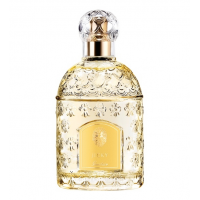 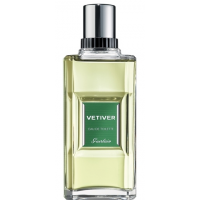 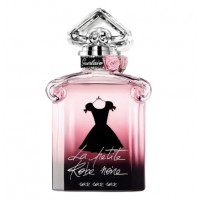 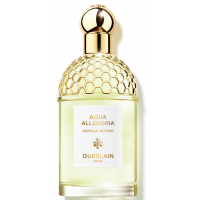 Other perfumes launched in 1889 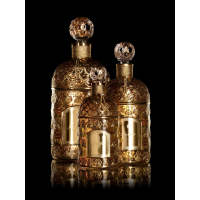 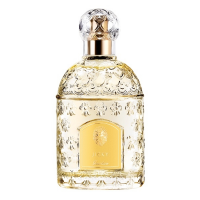 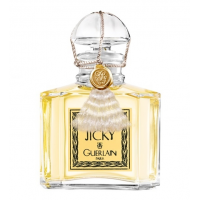 No members currently have Jicky Eau de Toilette on their wishlist.