About Invictus by Paco Rabanne

Where to buy Invictus 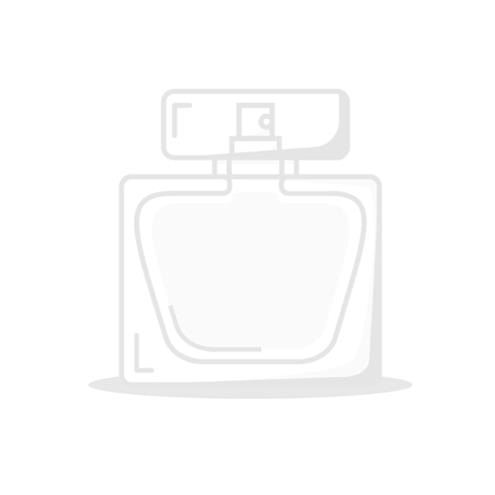 Reviews of Invictus by Paco Rabanne

There are 42 reviews of Invictus by Paco Rabanne.

18 Positive (43%) 7 Neutral (17%) 17 Negative (40%)
I
Izzie
Show all reviews by Izzie
Remarkably generic masculine. Harsh, uninspired, comes across insecure and posturing.
#237027
S
Scents And Sense
Show all reviews by Scents And Sense
Terrible synthetic, sharp, fresh opening. Drys down watery and disgusting. Weak and apologetic. It smells like cheap shampoo. The citrus notes in this- if one can even call them citrus- smell like Clorox or Lysol wipes. Overall very boring and definitely one of the worst of all of the blue scents that have taken over modern designer perfumes.
#235140

rbaker
Show all reviews by rbaker
Fresh is grapefruit-laced opening blast, although grapefruit is not the only citrus fruit invoked here: a tangerine accord is present also, albeit less prominent. I get also a transient aquatic undertone with a greenish bay leaf component a d touches of fresh hay.

The base get heavier and heavier with time. A strong but rather nonspecific wood note is met by a super-synthetic attempt to create an ambergris with a pseudo-oakmoss impression for the plasticine age.

A spring scent for cooler days, that is marred by being very cloying on me at times, albeit pleasant is a generic way. 2.75/5.

Jay-Lux'eau
Show all reviews by Jay-Lux'eau
This is quite good. The animalicness in here (ambergris, oakmoss) is done in such a refined and subtle way that it just gives a whole new dimension to aquatics, which is laudable.

It's a initially fresh and fruity aquatic that's tweaked to something you can't really put in normal aquatic/marine territory anymore. I was gonna rate it neutral but I think this might be one of those that will be praised for its innovativity in the distant future.

ps: do not go by clones even if they list the exact same notes. Because the ones I've smelled are nowhere near the original, they tend to use very animalic smelling stuff that's horrible when paired with a marine accord.

#223855
G
Gambrel33
Show all reviews by Gambrel33
I dont see how anyone could find the smell of invictus horrendous. It smells amazing and there is a reason it gets non stop compliments when one wears it. If you want a youthful, fun, fresh scent this is for you. If your thought when putting on a frag is will it be sexy to females then this is for you, in my mind i feel like that is pretty much the point of wearing a frag. The longevity is its only downfall i get maybe an hour or two out of until its only skin.
#218525

Varanis Ridari
Show all reviews by Varanis Ridari
Nothing brings out the male fragrance-head class warfare quite like a popular bland mid-tier designer scent! Guys in love with their cheap wet shaving scents like Backyard Pete's Homemade Bay Rum will call this stuff gaudy and superfluous with it's fancy packaging and sweet, people-pleasing smell, saying it's neither manly nor grass-roots enough to join them in their daily mustache waxing ritual. Guys that drop hundreds on a single bottle of Eau de Hedge Fund Parfumerie will cast this trophy-shaped bauble down as cheap, overly synthetic, and with poor performance compared to their nuclear ouds and ambergris florals made by the eighth generation of whoever from ingredients his man servants fetch him under fear of the lash. Dudes who just want to smell reasonably good and get noticed are what drive sales like it or not, which leads us to Invitus (2013), the scent of winners. Am I winning yet? No? Guess I better put more on. All joking aside, Paco Rabanne had to know all this controversy was coming for releasing an ambroxan-powered sweet citrus office bomb on the heels of Bleu de Chanel (2010), and Prada Luna Rossa (2012). Their previous "winner" Paco Rabanne 1 Million (2008) was finally starting to show it's age a bit as the rich fruity composite amber tonka stuff was getting played out in clubs by then, and "freshness" was made exciting again thanks to some new aromachemicals that Chanel took out for a test drive in Jacques Polge's swan song for the male line. His son Olivier Polge worked on this monster, alongside not one or two, but three other perfumers of some repute, including Dominique Ropion, Anne Filipo, and Veronique Nyberg. Paco Rabanne was borrowing from Gucci Guilty pour Homme (2011) and MFK Amyris Homme (2012), making Invictus come across like compromised ideas from both stitched together and made stronger than either, but it isn't bad... somehow. No, no, what we end up with here is a rather competent fruity fresh shower gel citrus marine musk with a telltale ambergris base thrum from ambroxan, which is certainly the flavor of the 2010's tuned to what the buying public has since grown accustomed to calling "good".

I'm not going to try and fool anyone into thinking this is perfume art, as it is very clearly a market research fragrance from start to finish, but that honesty is why I ironically like it. Most Paco Rabanne masculine scents have some air of risk about them, going all the way back to the soapy green macho wonder that is the first Paco Rabanne Pour Homme (1973), then onto their brash animalic floral 80's release Ténéré (1988), with XS being the only safe space with its barbershop tones before launching into the genderbender of Paco (1996), then the loud Ultraviolet Man (2001), and the club-hopping 1 Million. There wasn't really an office-safe entry in the Paco Rabanne canon outside of good ol' XS, or maybe the unisex Paco; and Invictus solves that somewhat, but still retains an element of risk. I guess we allowed Zippo lighters, bright purple juices, and gold bars from this house, so why not a trophy? Invictus opens with grapefruit, like a callback to the late 90's and early 2000's ozonics, but it doesn't go nose-burn or tart like them, instead thrusting in some sweet ethyl maltol connective tissue borrowed from 1 Million, and dihydromyrcenol/calone mix that also feels like an even older call back to the early 90's. However, before we go calling this a timeline in a bottle, the heart shows us the true face of Invictus: Hedione hedione hedione! Wow guys, if you thought hedione as an aromachemical was dead in modern designer fragrance, take a whiff of Invictus, as the stuff is simply soaked in it. If you survive the hedionic assault, you get some hints of that "fake bay" smell found in cheaper after shaves, but don't believe the pyramid here, as this is anything but a St. Thomas scent. The base is the place of disgrace for most perfumistas and colognoisseurs, as it's a very ambroxan-heavy finish with that chlorine mineral edge. I can handle it, as I'm also a wearer of Bleu de Chanel, Sauvage (2015) and many others that have taken to this ingredient as their new ace in the hole, but when saddled with guaiac wood, it almost has an oriental timbre than can be cloying in warmer weather. Luckily, this is still a few years before norlimbanol was shot into a woody-amber accord like anabolic steroids before a Mr. Olympia competition, so there isn't much harsh scratch in the finish, but there also isn't much else besides musk either.

Once more, I find Invictus agreeable, but because it plugs a hole in their lineup. I see the hyperbolic vitriol in reviews across the web coming from some of our more up-turned community members, but I think they just don't really -understand- what these kind of scents are about; it's like a fan of classical music or jazz suddenly being forced to endure modern electronic dance music or pop all in major chords or 4/4 time, and spewing out all this hate whilst upon their "enlightened" soap boxes about how music "should" be rather than realizing the very definition of music transmogrifies person to person, generation to generation. To be blunt: this is the electronic dance music of fragrance for a generation that values accessibility over deeper meaning, but that's what you get when said generation has never really had access to anything thanks to systemic corruption and economic collapse. Same applies with fragrance fellas: not everyone wants bitter herbs, virile animalics, dusty florals, or smoky vetiver on ambergris, oakmoss, and sandalwood. Some folks want that sweet, synthetic, plasticy "smell good" vibe of car air fresheners or bath products adapted to their personal space because their lives are devoid of simple pleasantness you might take for granted. Perfectly pleasant stuff like Invictus, which is effectively the "nondescript nice" essence of every bottle in Macy's sprayed simultaneously but all in one bottle instead, fulfills this purpose. This stuff isn't higher art for sure, and it' performance is just adequate for the price; but even I like a lazy day with something I don't have to think about on my collar after a week or two, or really out-there perfumes which command my attention. The only fault I find with Invictus is the fact that it's been cloned to death by competitors due to the sweeter, rounder, and more-generalized take on what Chanel started in 2010 being a mass-appeal epiphany cash cow. Never mind me however, and please go on about how this scent and it's ilk have ruined the state of modern perfumery or whatever; but be mindful that your scent choices were designed with you as a target demographic just the same this was for the slack-jawed clerks at Wal-Mart who you'll smell this on, and that's fine; same as Invictus, which is also literally "just fine". Thumbs up.

Add your review of Invictus Members who own Invictus