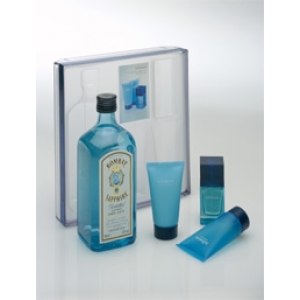 Add your review of Infusion

Reviews of Infusion by Bombay Sapphire

schnozz
Show all reviews by schnozz
Of all the gin joints, in all the towns, in all the world … Geza Schoen's most highly praised fragrance on Basenotes comes by way of the Bombay Sapphire brand.

Noel Coward said that a perfect martini should be made by filling a glass with gin then waiving it in the general direction of Italy. Churchill maintained that the gin and tonic has saved more Englishmen's lives, and minds, than all the doctors in the Empire. WC Fields professed his self-control by boasting that he never drank anything stronger than gin before breakfast.

Infusion will not make you smell, perhaps unlike the aforementioned gentlemen, like you are steeped to the tonsils in alcohol. It reputedly does contain the same ten botanicals used in the production of Bombay Sapphire gin, including real orris, but it manages to subtract the booziness. It begins with some crisp and very dry Fresca-like hesperidics, which quickly fade into a pure juniper-driven gin of razor clarity. Infusion is mostly linear in development, but the conversion from aromatic liquor to perfume does make one more mindful of the juniper's subtle but supporting chorus, such as angelica, coriander, lemon peel, and licorice. Unlike others, I don't specifically detect almond, but perhaps that joins the orris in contributing to a slight rounding of the edges. The quality of its ingredients is evident, as there are no obvious synthetic encroachments. Let me stress that this fragrance plays all its notes in the upper register; it is remarkably high-pitched throughout, making it particularly suitable for hot weather. Notwithstanding all the high notes and a slight but lasting effervescence, it is a somewhat rakish and plainly mature mélange.

It was the juniper note in the underrated Guerlain's Coriolan -- and my constant look-out for higher pitched warm-weather fragrances that shun the hackneyed over-reliance on perky citrus -- that put me on the quest for juniper-prominent fragrances. Nothing quenched my thirst more than Infusion.

IsoESuperman
Show all reviews by IsoESuperman
Well, no one has reviewed this in 4 years, so I'm guessing it is getting harder to find. A shame really, because as the previous reviewer mentioned, it truly is a charming fragrance. I just picked up a 30ml of this EdT concentration (only size and strength available) and I'm glad I did. It's been on the list for a while.

Bright and zesty citrus notes on top (mainly lemon) that calm down pretty quickly, maybe about 15 minutes or so. Also in the mix, and definitely the main player, is a high quality gin scent. Of course, juniper berries star in the show, and get some support from the lingering citrus and light spice notes that add an earthy feel.

Info on this is sparse in mid-2016, but one reviewer (DULLAH) from 2009 listed notes that included coriander and grains of paradise. I cook with the former all the time and this does seem to have a coriander aspect. The latter I know only through Sam Summer (Samuel Adams beer) and Infusion shares an earthy aspect with Sam Summer.

For a booze brand that did a one-off limited release, they really nailed it. I'm honestly shocked by how nice it is. I haven't tried to much of Geza Schoen's other work, but I like what he's done here. I normally could take or leave fresh citrus fragrances, but this is really a stand out. Breezy, refreshing, uplifting, easy to wear, unlikely to offend. Fantastic summer fragrance, especially if there is a gin & tonic in your hand.

For an EdT, I suppose it could last a little longer, but such is the way with fresh/citrus scents. The boozy/gin facet really holds on for a good 5-6 hours on my skin, though.

I'm very pleased that I've found one for a reasonable price. Easy thumbs up for me.
#175320

odysseusm
Show all reviews by odysseusm
This is a charming little scent. It was a marketing bonus, a lagniappe, when one bought a half-litre of Bombay Gin at duty-free. It has been discontinued but is quite available on ebay.
It has a light, breezy opening with pretty good lemon peel notes. There is a hint of almond flower, which goes well with the coriander. Essentially it smells like a good gin, with all of the nice aromatic notes but not any heavy boozy ones. The juniper is bright and invigorating. It could be even stronger but it is nice. The little blue bottle is pretty.
#115411

To me it paints a picture of a lite sparkling essence that bubbles upwards and is far from heavy.

The note I pick up on the most is JUNIPER berries(a big exlamation mark here)........

Unfortunately this sweet, but not too sweet, fragrance is gone after a couple of hours.

This may sound dumb but it sort of smells like the color of the Bombay Sapphire drink, a COOL blue and some green somewhere in there.

In closing: Go out and get yourself one of these bottles because I'm guessing they are not making it anymore. I even emailed the company and.............no reply!
#155227

scentsitivity
Show all reviews by scentsitivity
A pleasant gin-like scent. Not much in terms of development, but a refreshing option for juniper lovers.
#35974

M
Mario Justiniani
Show all reviews by Mario Justiniani
Make it 8 positive reviews!Yes it does smell exactly like Bombay Sapphire Gin.What a great idea for the summer, most refreshing.Just hope you don't get pulled over by a cop :)
#612

DULLAH
Show all reviews by DULLAH
Very interesting scent.I don't drink alcohol, but always liked the smell of this gin.Yes, it has the classic juniper smell that all gins do, only juniper of a higher quality, and such delicious lemony almond/spice smoothness. And a very refreshing tonic note. Not the same tonic note used in Versace Eau Fraiche and Quercus, this "tonic" is higher quality!Also has some of the sour yet smooth citric notes str8 outta Allure Edition Blanche.Surprisingly does not have an overly synthetic olfactory profile.Very very good, so I stocked up.Almond, Lemon Peel, Liquorice Root, Juniper Berries, Orris Root, Angelica, Coriander, Cassia Cinnamon Bark, Cubeb Pepper Berries, Grains of Paradise (Guinea Pepper) [ginger species]
#43780

SirSlarty
Show all reviews by SirSlarty
I smell the almonds. A nutty, boozy accord that feels like an acquatic (without the saltiness). A fresh good feeling from this scent.
#48464

bbBD
Show all reviews by bbBD
Thanks to a BNer I received this in a trade. I'm hooked! Smells like the essence of Bombay Sapphire (there's no alcohol smell), or perhaps a strong gin and tonic. Now if only I could find another bottle somehow...
#55120

Ronald
Show all reviews by Ronald
Great stuff. It does smell like the gin (my all-time favorite), and is pleasantly "dry". The juniper is dominant. It has fine sillage and nice staying power, too. I've had people ask me what I was wearing several times with this one - bought myself three bottles on eBay as it is almost impossible to find these days. Bring it back!
#19620

O
oolong
Show all reviews by oolong
I got a bottle of Infusion, which is the cologne version of the Bombay Sapphire Gin, today and gave it a try. The botanicals used in both the Gin and the cologne are Almonds, Lemon, Liquorices Root, Juniper Berries, Orris Root, Angelica, Coriander, Cassia Bark, Cubeb Berries and Grains of Paradise. If you want to know how it smells, just sniff some Bombay Sapphire's Gin. It does not evolve as a scent, you get the same scent from start to finish, it just fades. The scent is fresh, crisp, upbeat and best of all unique. As with cologne, after a moment you don't smell the alcohol, only the botanicals. I'm very impressed the fragrance, I find it a big step above most of the fresh, crisp scents out there. Unfortunately it is not that easy to find.
#16394

M
MonkeyManMatt
Show all reviews by MonkeyManMatt
Always been intrigued by the fresh, crisp smell of Gin. That juniper zestiness is great, and with Infusion they've captured that very well without making you smell like an alcoholic. A pretty straightforward, one-dimensional scent, just a clean pick-me-up feeling. Tried ordering it from the Bombay Sapphire home page after sampling it at an airport before, but it seems to have been discontnued...
#15135 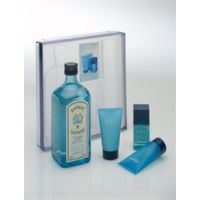