About Hugo by Hugo Boss

Distinctive bottle, shaped like a water flask. A refreshing fragrance, pale blue in colour. Other fragrances by Boss in the Hugo range include 'Hugo Woman' and 'Hugo Dark Blue'.

Where to buy Hugo 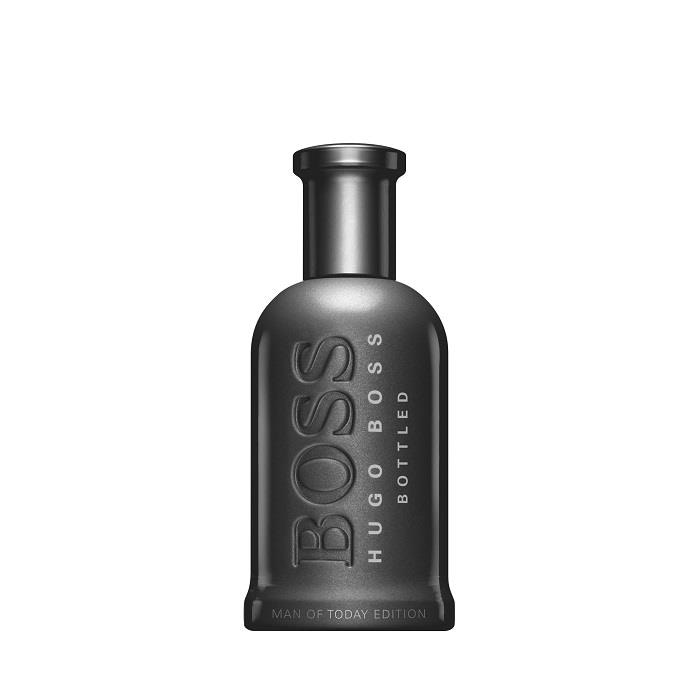 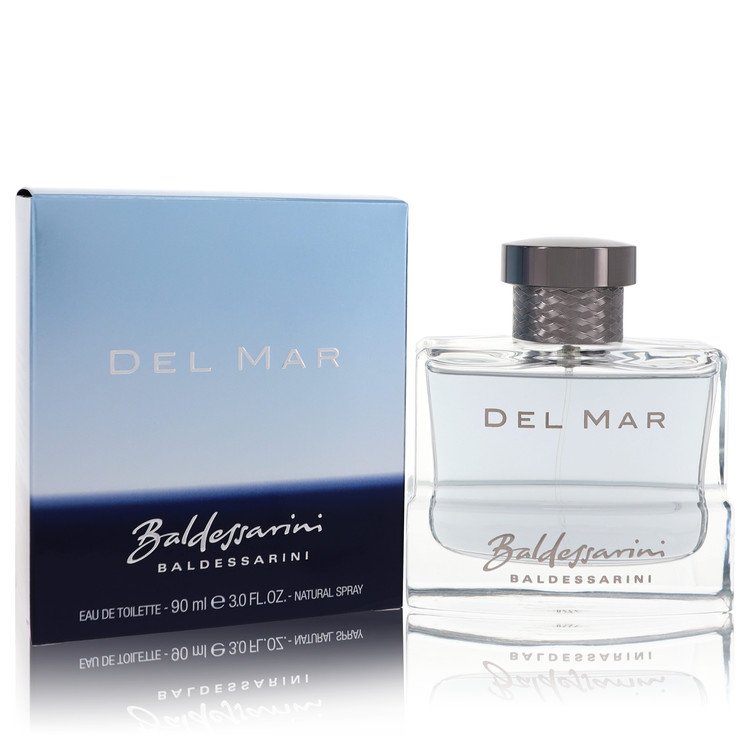 Reviews of Hugo by Hugo Boss

There are 129 reviews of Hugo by Hugo Boss.

Bavard
Show all reviews by Bavard
I like this fragrance, Hugo. I like a few things from around this time, 1995, such as Platinum Egoiste (1993) and CK One (1994), and this reminds me of those. It has a hint of Nautica Voyage (2006), but that one gets cloying to me, and I think Hugo avoids that.

Another fragrance I acquired recently that is similar to Hugo is Dior Dune Pour Homme (1997) - I think I'm liking Hugo more than Dune Pour Homme. I'm actually fairly impressed with Hugo and surprised it doesn't get mentioned more. I got it as a gift.

Update: It's reminding me of Calvin Klein Euphoria Men.

vipersinthefield
Show all reviews by vipersinthefield
This fragrance opens up quite sporty smelling of mint, pine, and a somewhat fizzy soap blend from lavender and grapefruit. This sporty freshness quickly calms down to reveal some spicy clove ,geranium, and cedar which filter through the fresh/sporty body. If you sniff at the geranium you'll catch that the rum and clove is merged with it. In the finish I get just a bit of calone that puts a slightly aquatic hint to the mix. I have never detected apple in this fragrance.

Hugo by Hugo Boss is a fragrance I'm revisiting again. I don't think this is as deeply synthetic as others have stated. But I do feel this fragrance was inspired by Ungaro III (1993).

speedracer
Show all reviews by speedracer
Doesnt smell bad but does seem cheap and dated, specifically to the 90s. Fruity and slightly green in the opening with an "aquatic-lean" to the whole fragrance.

The dry down is a memory of the opening, everything is mostly there just in smaller volumes.

Performance is average on my skin. Projection is there if you get close and longevity is 5-6 hours.

mistersurgery
Show all reviews by mistersurgery
If there are any scents that bring me back to my high school/college years, this is certainly on the short list.

You couldn't walk into any mall, school, or building without smelling this on someone. It was a ubiquitous '90s fragrance . It straddled the border between smelling classy and at the same time utterly plebeian. It was worn by both successful dads and their numbskull sons. Long story short, this is a fruity fougere/aquatic. More sweet and vibrant than Cool Water (1988), but not as fruity as Nautica Voyage (2006), which, in my opinion, is a spiritual successor to Hugo. The note list in this is impressively large and exotic sounding, but quite misleading, as I don't smell or can barely smell at least one third of the listed notes. It has traces of fougere qualities for sure -- they show up more as Hugo dries down--, but they're muddled into a very synthetic dihydromyrcenol/calone stew that somehow manages to work.

For someone who is more "into" fragrance than your average Joe or Jane, you're not going to get your socks blown off by this. It's a fragrance very in line with the time in which it was created, and it's an easily wearable scent that certainly could qualify as a dumb grab in that you can wear this pretty much anywhere at any time and not feel out of place, but it doesn't excel at anything. Hugo Boss stuck the landing with Hugo, but it was like watching footage of old WWII bombers limping back to base with their fuselages full of holes from AA guns, and the wings near blown off. They made it back, but barely. In that same mindset, Hugo Boss is a thumbs up for me, but barely.

Varanis Ridari
Show all reviews by Varanis Ridari
Hugo by Hugo Boss (1995) is a scent that defined a generation of men, and gets wrongfully accredited as the first Hugo Boss masculine because it's literally named Hugo, but is actually more like the fifth. This stuff can sort of be seen as a reboot of sorts to the house, since all previous scents were rather formal or mature affairs stuffed with rich mosses, animalics, patchouli, and the like. Hugo took a different approach, a very 90's approach, of something familiar from the previous decade but "watered down" with what where then newfangled aromachems like dihydromyrcenol, and calone, making something fresher, lighter, cleaner, and more vibrant without reinventing the wheel. The perfumer on deck was Bob Aliano, an American perfumer that really achieved no great success in life other than this fragrance, with his only other major documented composition being Giorgio Red (1989) for Giorgio Beverly Hills during it's years as Avon's higher-end brand. Aliano's take on the "freshie" involved taming the green aromatic fougère, taking the likes of scents such as Duc de Vervins (1985) or Tsar (1989) and infusing them with fruity and aquatic elements to make something still green, outdoorsy, but also edgy and energetic. I suppose the hiker's water canteen bottle design with it's attached cap sort of gave this away, but the scent likely didn't see any adventures more exotic than trips to the local mall, according to the demographic to whom this was pitched. This stuff radiated off collars of teen guys all through the 90's and mid 2000's. I can hardly believe Hugo has survived over 20+ years in production since it feels so forcefully "sporty" and thus tacky in the way many of it's long-gone peers also were (like everything Adidas from the decade), yet remains in places like Macy's and even Nordstrom.

Hugo opens with a bright and sweet fruity green melange, featuring Grapefruit, Green Apple, and bergamot. Later on pine, and kitchen herbs like thyme, basil, and spearmint leaves show up to make this feel woodsy, but it's just the start of the green accords as the middle is stuffed with sage, cloves, and cedar. Lavender and geranium are claimed to be in here somewhere but they're buried in calone and aquatic aromachems by this point, and even a listed rum note is supposed to be present but it's just not there. Oakmoss and sandalwood anchor the base, but they are likely very sparingly used or syntheic proxies, because I don't feel the mass of either very much. Vetiver is also supposed to exist here, and maybe it does, but I don't get much of a grassy or smoky finish here. although I do read some suede at the end. Mostly what I find is a green apple and citrus transition to herbs, then fake woods, moss, and finally ending in aquatic notes making this feel like Tsar merged with Cool Water (1988), which isn't exactly a bad thing if you always wanted a greener Cool Water without having to spring for Creed Green Irish Tweed (1985). Something familiar, some different, something old, and something (then) new basically define the approach taken by Bob Aliano, and based on his "a pinch of this and a pinch of that" mentality here, I can kind of see why he probably didn't climb any higher in the perfumer ranks after Hugo, since this smells almost like an accidental success rather than something carefully orchestrated. The transition from fruit top to herbs and mossy aquatic base is pretty clumsy, with the sweet apple lingering long after it should, giving this the ability to be cloying if over-sprayed, like walking into a cloud after a young guy has been testing spray deodorants at the grocery.

I don't hate Hugo, but it's the kind of "candy aquatic fruity fresh fougère-a-roo" that was everywhere in the 1990's, and was a jumble of "energetic" notes assisted with the latest in chemistry of the day so the young guys trolling for dates could smell like Jolly Rancher candies rolled in Skin Bracer (1932) so the love interest would find them "delicious". Once you factor in sweaty unwashed bodies carrying their own musk (which these kind of loud and edgy fragrances were NOT meant to cope with), or cigarette smoke and a used car full of illegally-obtained half-empty beer cans, and the happy-go-lucky Hugo is no longer so happy, but just perfume on a pig. In the 21st century, nothing really screams "I never left high school" on a thirty-something more than wearing Hugo, with even Tommy by Tommy Hilfiger (1994) having a slightly greater degree of maturity thanks to it's Estée Lauder parentage and similarities to the darker Aramis Havana (1994). Younger guys can still get away with this now, and that's perhaps why this still moves units. Hugo has had several special edition bottles over the years, just like Calvin Klein cK One (1994), and seems to be an ingrained part of "street culture", which ironically further removes it from it's original theme of being an outdoorsy adventurer type of scent but with a youthful kick. Budding frontiersman wear their dad's Polo (1978), but the guys pulling stunts in their cambered Honda Civics down the main drag after midnight wear this. I admit there is a certain nostalgia factor that keeps me coming back to visit this old soldier, just like Nautica (1992) and Polo Sport (1993), but I just remind myself after I do why Hugo will always belong to the youth, and put that bottle back on the counter.

Add your review of Hugo Members who own Hugo

E
Hugo Boss Infinite- Anyone Have This?

Search for Hugo by Hugo Boss on the Basenotes forums.
Top