About Honour Man by Amouage

Where to buy Honour Man 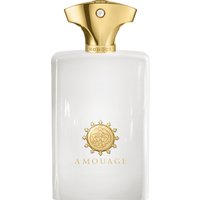 Reviews of Honour Man by Amouage

There are 30 reviews of Honour Man by Amouage.

18 Positive (60%) 7 Neutral (23%) 5 Negative (17%)
R
raalgon
Show all reviews by raalgon
Honor is green and woody, with pepper and geranium layered on top. It reminds me of CdG Men 2 and Incense: Jaisalmar. The result is, to me, calming and meditative, but there is also a distinct nobility to it that I usually associate with amber. My first impression was wood and pepper, and it took me quite a while to figure out that there is actually vetiver in it, and that it can be considered a green scent because of this (and the geranium).

I like this - it is fresh and earthy, yet somehow classy. Honor feels younger and less strict than Epic; On the other hand, it does not have the kardamom, ginger and tobacco trade route flair of Journey (which I still enjoy a little more). I find this unoffensive and easy to wear.

Constantine
Show all reviews by Constantine
A very nice masculine fragrance which is clearly and unambiguously so while remaining subtle and refined. It is not quite a signature fragrance as its spirit is strong in its own right and as such will define he (or in these times She with a Rolex Daytona) who wears it rather than the other way round. Fresh and masculine from the get go with a warm beating heart of wood and a touch of pink pepper and tonka and frankinsence. As it wears off it reveals why although strong its also sensitive. There is a smooth faint fairwell of Geranium which had been there the whole time filling in gaps and mixing. A real man in touch with his feminine side.
I don't really get the Journey Man vibe which is more outstanding in its own right. The latter is rich boozy and opulent while remaining eminently wearable. A stunner. But since I feel you forcing me to categorise these then Honour Man is a daily wearer and Journey Man is superb evening scent. There. Buy these two and you can forget about almost anything else at any price. The ultimate trio would have been Arcus as a warm weather scent (far better than Nio) but for some reason its discontinued. Its like a mainstream aquatic but far better blended and refined. You expect you won't like it but you can't stop sniffing it. If you find it its triple the price of the first two. I am doing an aquatic hunt and if nothing else matches up then I will slink off to ebay and hope the Polish sellers aren't fakes.

Addendum: I must with great humility make a correction to my enthusiastic description of Honour Man above. As follows:-
After 2 hours the whole scent deflates. As if the life has been sucked out of it by a vampire. You are left with a flaccid shell of a scent which eventually vapourises leaving the gentle hint of geranium.
If only this had not happened this would have been one of the greats. Still a thumbs up. I can't bear to let go of the dream just yet.

speedracer
Show all reviews by speedracer
Soapy clean and spicy with a dry mintyness that reminds me a little of Viking. The drydown starts to veer away from that peppery freshness and has an old book or room smell, like mossy weathered paper or wood.

Feels more mature and dressed up, not a young or playful scent.

I get really good performance with just a few sprays, projects strongly for 8+ hours.
#213438

Man Of The World
Show all reviews by Man Of The World
It's all here. Frankincense, patchouli, pepper....Yes lots and lots of spicy pepper. I can smell oud although it is not listed. In fairness I think this is easily one of Amouage most underrated releases. Very nice!! I often layer this one with some pure frankincense and it works wonders. Actually received several compliments which is highly unusual for this type of scent.
#191038
E
Et in Arcadia Ego
Show all reviews by Et in Arcadia Ego
I smelled through the Amouage line the other day and bought samples of this and Opus VII. I liked the straight up rich incense vibe this threw off. I didn't initially get the peppery opening but do after a wearing of it. It's not over the top though I love a good pink pepper fragrance. The dry down is musky. I wish this were a touch stronger and lasted a bit longer, but overall nice.

I gave it a thumbs up because it's pleasant and unoffensive. It's versatile and a good work scent for pretty much any season. Not sure this is bottle worthy (for me at least). I might consider getting a decant of it.

#187343
J
Joeyjoey70
Show all reviews by Joeyjoey70
Good grief this is highly disappointing. This is punishment in a bottle. Uber geranium and pepper to start... overwhelming for a few minutes... as it drys it doesn't get any better... very bitter to my nose and something slightly familiar to my nose that I can't place. For the price I am very happy I got a sample... This is just awful. A scrubber for sure. AVOID!
#187146
Show more reviews of Honour Man...

Add your review of Honour Man

Members who own Honour Man

Where is the love for Amouage Honour Man?

Search for Honour Man by Amouage on the Basenotes forums.
Top