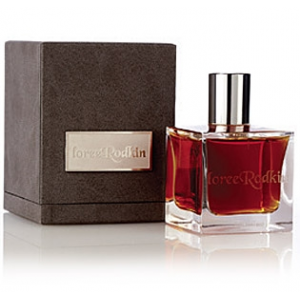 About Gothic I by Loree Rodkin

Gothic I is a women's perfume by Loree Rodkin

Reviews of Gothic I by Loree Rodkin

There are 3 reviews of Gothic I by Loree Rodkin.

T
tcadaniel
Show all reviews by tcadaniel
This review is for the oil version 5/2020. While researching this fragrance I had some difficulty deciphering the reviews between the edp and the oil. It seemed the edp is more vanilla than patchouli, but this varies among reviewers. I'm wearing the oil right now. As with any oil it doesn't jump off the skin. I can confirm that it is definitely not vanilla dominant. The opening is rather a boozy, kinda plastic smell. It reminds me of Pi from Givenchy. I guess you could call this vanilla, but it's more of a burnt marshmallow smell. There is also a patchouli in the background. It's not head shop patchouli. It's more grown up than that. I can definitely understand the "goth" name. It has a really haunting smell to it. It's not somewhat that you will immediately be reminded of something else. At least not anything in my collection(200+) bottles. It's rather expensive for what it is. I would suggest sampling it before you buy it. That being said, if you have the money, and want to not smell like anyone else, then go for it. The uniqueness of it makes it quite interesting.
#230126

ClaireV
Show all reviews by ClaireV
I recently bought into a split of this (10mls) in the EDP form, and now I'm wishing that I hadn't. It's alright, actually, but it is the kind of thing I am now more than ready to pass over on my way to more interesting discoveries. I will just have to stop listening to people raving about stuff and buying into it, just to find out that I should have trusted trusted my own instincts and taste. It's basically a dulled, floury baking-extract vanilla scent with a touch of patchouli and alcohol at the top. The patchouli departs almost immediately, bringing it with any gravitas or interest the scent may have had. What's left is a plain, doughy vanilla, and to borrow the words of one of my favorite reviewers, Colin Maillard, it is without praise or infamy. It is snuggly and warm, vaguely comforting like all/most vanillas are, but for this price ($140 for 50mls), I guess I would be much happier with something like Un Bois Vanille.

This is far too ordinary and unexceptional for the price being demanded here, and to boot, the sillage and longevity leave much to be desired. Color me underwhelmed (as well as ashamed of myself for spending yet more money on mediocrity.) I am giving this a neutral because it is not unpleasant. Just uninspired, unoriginal, and shamelessly overpriced.

Shycat
Show all reviews by Shycat
I tested a sample of Gothic I against my similiar Jalaine's Patchouli. And they are similiar! Gothic I is a very smooth, lightly euchalyptic patchouli, gracefully married to a complex vanilla, just like J's P. Gothic I is rich, smooth, warm and enveloping. One drop will scent you for 10 hours, easily. It adds a warm cedar note, that take this blend to an earthier level than J's P (which manages to smell blossom fresh by comparison!) As the G. I cedar emerges, the euchalyptic note in the patchouli fades and I suppose this is the key difference between the two. Gothic I is stated a feminine fragrance, but is notably less fem than the Jalaine's, and I feel G. I is truly unisex.Sticker shock is a factor, as it's outrageously expensive at $14 dollars per ml and sold in 10ml roll-on. It's quite strong and very concentrated, though not more than Jalaine's which may be had in a 6ml refill bottle for $15.00/ml or kai which comes in a 3.75 ml roll-on at $12.00/ml. Is it worth it? If you love it, of course. I will stick with my Jalaine's!
#3161

Add your review of Gothic I

Other perfumes by Loree Rodkin 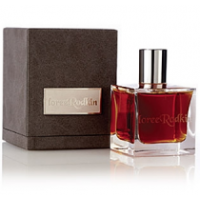 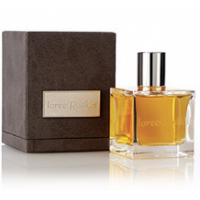 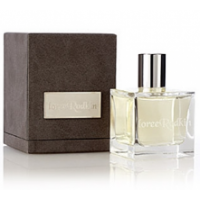 Members who own Gothic I