About Givenchy Gentleman by Givenchy

A classic fragrance with a stylish mix of Vetiver, Patchouli and Leathery notes. Reorchestrated in 2017.

Where to buy Givenchy Gentleman 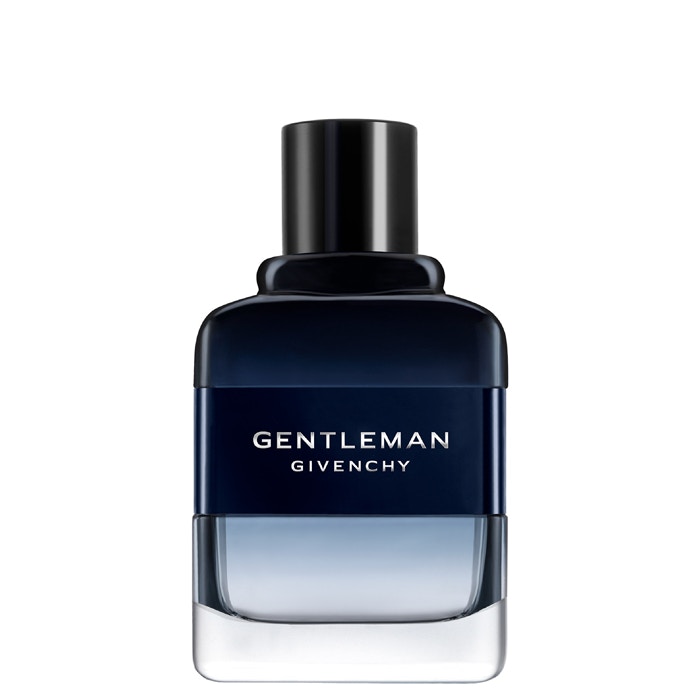 Reviews of Givenchy Gentleman by Givenchy

There are 166 reviews of Givenchy Gentleman by Givenchy.

Wild Gardener
Show all reviews by Wild Gardener
Last time I looked, Givenchy had six Gentleman's in their line up, and that's not counting the Gentlemen.
And like Basenotes, I'm going to ignore all those Johnny Come Lately's and deal with the main man.
Gentleman (1974) is a woody aromatic with citrus and herbs, and a fruity note like mango. There's a sharp lavender and bitter patchouli.
It smells dark, formal and hard; what a Cold War defector might wear.

aquila_2009
Show all reviews by aquila_2009
He's a Gentleman who encounters a woodcutter in the forest.he helps the Gentleman to find the way to his house, but darkness falls and the Gentleman is forced to spend the night in the woodcutter's hut.the moments that pass between them is a bit scary.it creates reality,fantasy,illusion and nightmares.In fact,it depicts the image of a Gentleman who has a special kind of decency and honor at the same time,an interesting charm and coolness,which makes us accept him in the role of charismatic and memorable characters.having the character of this man in these days when masculinity needs a new definition, it's still fascinating and impressive.He is a intelligent,well-spoken,resilient and determined man who has principles and ideas for himself in every situation and time and does not intend to go beyond them.however,in this time full of contradictory men,this Gentleman is a great treasure.

Great stuff and an 1970's masterpiece. this scent has a real sweet of honey, woodsy-animalic aroma making it absolutely stupendous.upon initial spray, it comes on quite bold and classy. with a captivating spice but sweet at the same time scent.half a minute latter you receive an avalanche of notes including sweet honey,patchouli,musk and well composed other notes that lead you to love this fragrance. you feel like you're in the presence of orchestra with conducteur mixing tons of lovable different notes and blending them together to form a symphony.when it dries down the patchouli with the cinnamon prevails,along with the honey and the musk and civet elements come in but faintly to give this fragrance more depth. that's my favorite part,it's very addictive.it's smooth and has a nostalgic vibe to it.great for anything expect hot wearher.this is a mature,confidant man.a reminder of 70's a time when was that men must smell manly.

Marand75
Show all reviews by Marand75
GIVENCHY GENTLEMAN EdT.
This write-up is for a 2010-version (silver cap, black collar, single front-label, fat spray-tube).
Doing a sbs with my deep-vtg wrap-around label version, I "could" tell you that the 2010 version is criminally inferior shadow-of-its-former-self yadda-yadda-yadda and that you should only get the wrap-around label versions...but then I'd be a snobby bag of hot air and a liar, 'cause it's simply not true. YES, IT'S ALL SUBJECTIVE, however, the matter of fact is that you're simply not worse off getting a 2010 version. Vtg is beautiful but so is this. The only, to me, really percievable difference is that the patchouli in vtg is more pronounced, clear and defined (of the sweeter Indian kind). The rest is all there. Here comes the rambling part: "But what about the oakmoss and russian leather beep-beep-beep?!!". Yeah, whatabout it? Nothing! I can't smell those things in the vintages anyway. Like those folks saying "Whoooooaaa that's an Oakmoss-bomb! The oakmoss just jumps right out at ya and holds you hostage for hours, and..and..!". Uh, okay. And when does that happen, 'cause it's been a couple hours now and so far we're only talking, like, trace amounts here...? Disappointed...every...friggin...time. BUT this Gentleman delivers just as well as ol'-balls-Vintage! It's all about the patchouli, carnation and creamy woods anyway. Even hammering away better in the longevity department (10+ hrs on me). It's got it ALL! Trust me, it's ALL good with this "inferior" version! Subjective as this is, maybe YOU can smell all of these wonderful restricted and forbidden yummy notes?
Either way, 2010 was still a damn fine year for Givenchy Gentleman! Beep-beep, Ritchie..

StylinLA
Show all reviews by StylinLA
This is not for everybody. But for mature men it can be quite heavenly.

It's not loud, but it sits nicely on skin once it's fully developed and provides quiet wafts of patchouli, leather a touch of cinnamon.
Nice longevity on me.

One gets the sense it has been tamed a lot in recent years. This one must have been a balls to the wall beast in the 70s.
If I ever get ambitious or rich, maybe seek out a vintage bottle.

11Mic22hael33
Show all reviews by 11Mic22hael33
Patchouli HEAVEN. Man, what a beautiful masculine fragrance. It just gets better and better as it dries down with all day performance and massive sillage. A true masterpiece of perfumery. If they ever discontinue this, I will sue them into oblivion for mental anguish! (lol) I am stocked up on this, but with how much I wear it, I'd better triple UP! Highest recommendation!
#233316

Rüssel
Show all reviews by Rüssel
Stinkor's long march through the institutions.

When Mattel produced the Stinkor action figure, Stinkor being the evil master of odours from He-Man and the Masters of the Universe, a skunk-like villain that can paralyse enemies with his smell, patchouli oil was mixed into the plastic. Whilst this may have seemed like a novel idea in 1985, Givenchy went further over a decade earlier and added this scent to actual men.

If you love patchouli, this isn't a bad perfume at all, you'll probably enjoy it. I used to like this quite a bit myself but then noticed that I hardly ever wear it. Just too much patchouli and I don't really enjoy wearing it.

Add your review of Givenchy Gentleman Members who own Givenchy Gentleman