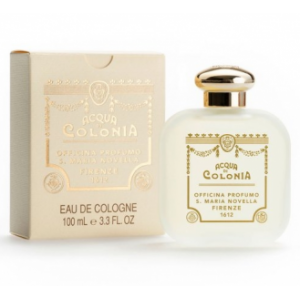 Add your review of Fieno / Hay

There are 8 reviews of Fieno / Hay by Santa Maria Novella.

Colbourne
Show all reviews by Colbourne
Fieno belongs to that category of fragrances for which provide not just merely sensory pleasure, but a source of comfort and repose. Faced with the anxiety of having to face some important decisions, wearing this feels like I am swaddled in a reassuring blanket that is neither too warm nor too sheer; an aromatic embrace of tender sweetness does not stifle and overwhelm.

The hawthorn blossom (anisaldehyde is its main scent component), a note that I adore, is one note that really stands out here for me, shortly after the pastel citrus of the opening; green, herbal, aromatic, but powdery and somehow ethereal. This is accompanied by all myrtle (yes! I wish it appeared more often in fragrance) that counters this ever so subtly with its cineolic (fresh, medicated, penetrating, diffusive) and leafy bloom. The fresh mown hay note is the centerpiece ("fieno" meaning hay in Italian) and I detect a dose of true hay absolute—the only other fragrances where I've detected it are Serge Lutens Chergui and Lorenzo Villoresi Yerba Mate. It is no way evocative of barnyards or "horseyness"; no, this is the hay itself, in bales, under the sun, evocative almost of sweetgrass or sweet woodruff. It is agrestic, a crossroads between the cheerful and melancholic. It reminds me of autumn drives through the Vermont countryside, listening to Bread on the radio...

"If a picture paints a thousand words,
Then why can't I paint you?
The words will never show the you I've come to know."

Fieno is anchored by more substantive notes that carry on the sensation: an amalgam of benzoin, vanilla, vetiver. It is a hearth of coziness, a true beauty, another spectacular one from my beloved house of SMN.

ClaireV
Show all reviews by ClaireV
Fieno/Hay opens on a very fresh, green note that combines the smell of unripe hay with sweet clover and meadow grasses. It is refreshing, but not tart or stridently-green  rather, more honeyed and floral in character.

As it develops, Fieno takes on a boozy almond-like note, leading me to believe that coumarin is the main material used here. But Fieno leans on the more honeyed, powdery aspects of hay than its dry, sun-baked aromatic side. Its boozy almond undertone and sweet hay notes make me think of Chergui, a powdery, sweet-hay oriental, more than aromatic fougeres such as Azzaro Pour Homme or Jicky. There is also something about the powdered marron glace dry down here that puts Fieno clearly in the oriental category, although given its green start, it would be fair to call it a fresh oriental.

A silky white musk, with perhaps a trace of heliotrope, finishes Fieno off on a wisp of powder and lends the fragrance a nostalgic feel. Simple, but elegant, I find myself haunted by my sample of this long after it's gone  and it's one I'm considering adding to my collection.
#172187

J
Joe_Frances
Show all reviews by Joe_Frances
A wonderful natural fragrance that is evocative of nature and blending. It is not a pipe tobacco scent at all, but if you take the idea of a "leaf" or "grain" (of some kind) and blend it with other natural things, you could get the idea of how this quiet gem is put together. So special, it is hard to forget. And all the better, because there's no other fragrance in this country that I know about that is anything like SMN's Hay. Sounds silly, contrived, odd, preposterous? It is magnificent.
#103136

cheryl
Show all reviews by cheryl
Funnily this "hay" made me queasy in the stomach. It smells like a cheap industrial strength chemical-rose soap used in public restrooms. A slight effort is made to have a honey note drift in. To recapitulate: industrial/soap/restroom/sweet.

foetidus
Show all reviews by foetidus
The Demeter version of hay made me sick to my stomach  this one is so much better. But I do have a difficult time calling this Santa Maria Novella version hay. It doesn't really smell like the hay that I'm familiar with. If I use the Italian Fieno, I can ease my conscience in respect to truth in labeling. The beautiful, rustic opening is quite catching  it is very rose dominated to my nose. The accord is rose and fieno …something dryly vegetal, neutral, and unaffected. For three or four minutes I could believe that that background note is hay, if I force my imagination. It's actually a beautiful note but it doesn't stay long because the accord quickly develops a full floral bouquet  rose and myrtle, says the pyramid, I say rose. I love its simple and rustic rose note, and it's about the only obvious rose note I've encountered that I can readily see myself wearing. The drydown is soft  a bit herbal, sweet, and powdery: too powdery for my tastes, but in a pastoral fragrance like this, the powder might be forgivable. I appreciate Fieno especially because of its charm and simplicity. There's that rural pleasantness about it. That note that is supposed to be hay is very nice. The fragrance seems to have an acceptable longevity.
#83908

foetidus
Show all reviews by foetidus
The Demeter version of hay made me sick to my stomach  this one is sooo much better. But I do have a difficult time calling this Santa Maria Novella version hay because I don't really get a hay note here. If I use the Italian fieno, I can ease my conscience in respect to truth in labeling. The beautiful, rustic opening is quite catching  it is very rose dominated to my nose. The accord is rose and …fieno? …Anyway it's something vegetal, neutral, sweet, and natural. For three or four minutes I could believe that that background note is hay, if I force my imagination. It's a nice background note but it doesn't stay long because the accord quickly becomes fully fledged floral: The notes are rose and myrtle, says the pyramid, I say rose. I love it. I love its simple and rustic rose note, and I can easily see myself wearing this particular rose. The drydown is soft  a bit herbal, sweet, and powdery: too powdery for my tastes, but in a pastoral fragrance like this, it is quite forgivable.I appreciate Fieno because of its charm and simplicity. There's that rural pleasantness about it. The hay note is very nice  especially as interpreted through my imagination. Fieno seems to have an acceptable longevity. My purchasing it would not be a mistake.
#6308

John.com
Show all reviews by John.com
A surprise that caught me unaware. I'd invisioned a deplorable stink, a wet steaming barnyard to be precise, oh boy. Quite the contrary, SMN does it again with ingenuity and skill. Hay (aka Fieno), to me, is honeylike with mild spices, very nice.
#9265 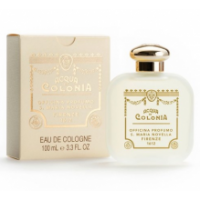