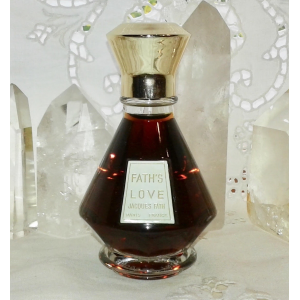 Add your review of Fath's Love

There are 2 reviews of Fath's Love by Jacques Fath.

Jacques Fath, born in 1912 in Paris, France, was a French fashion designer, viewed as one of the most crucial influences on postwar haute couture. He was raised in a creative family of fashion illustrators, writers and landscape painters.

Fath presented his first collection in 1937. In his fashion salon, he worked with many famous models, creating numerous successful collections. A visit to his salon is featured in the second Cinerama film, Cinerama Holiday.

Fath later taught Givenchy, Laroche and Garavani, apprentices who would go on to make their own names in fashion. Among his clients were Ava Gardner, Greta Garbo and Rita Hayworth.

Fath died in 1953, the house discontinuing its haute couture in 1957 and turning instead to perfumes, gloves and other accessories. He is best known for his 1946 Iris Gris, the icon for all lovers of orris. However, many of his other fragrances are worthy of praise [Fath de Fath (1953); Canasta (1950); Ellipse (1972).]

Fath's Love, created by Michel Hy, was launched in 1961, not 1968 as noted on the Basenotes page. It is a rich floral fragrance for women, spiked with dominant spice and pepper notes.

According to perfumista and collector, Alexandra Star: The perfume opens up with potent spicy notes of cinnamon and anise seed, but it moves quickly to reveal a strong and heady floral heart that has enough sweetness to hold its own against the spiciness. There are notes of sweet stewed plums as a prelude to the soft woodsy dry-down.

I am experiencing pure parfum. The scent surprises me from the start due to the dryness of the spices, helped no doubt by the orris in the base. This is no sparkling spice cabinet full of freshly ground barks and seeds. These have been kept for a while and have blended their richness. The anise gives the spice notes a particularly pleasant edge.

I did not perceive any of the top citrus notes. Perhaps they have faded with time. The olaceous white florals support the spice notes, rather than the expected reverse. The plum note emerges in the dry down, so one wonders why it is listed as a top note.

The over all effect is that of dry subdued spicy floral, something a more refined and quiet personality might wear. This is a scent for Audrey Hepburn, not Ava Gardner.

I'm beginning to think Fath knew orris better than any of his competitors. Here it directs the production as it did in its star turn in Iris Gris.

A beautiful and unusual scent, full of sophistication and quiet allure.

D
danielremy
Show all reviews by danielremy
I think that the intuition of Fath's Love is the same as Ma Griffe's (Carven). It's a classical floral bouquet mixed with spices like cinnamon. But Fath's Love 's top notes are much more potent and original: it's an explosion of spices, pepper, cinnamon, nutmeg... Then the drydown becomes more classical and old fashionned but always with the spices in the background. Really worth a try because of its opening.
#124103 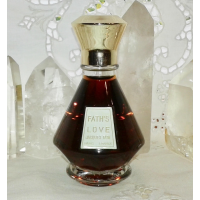