About Esencia Loewe by Loewe

Where to buy Esencia Loewe 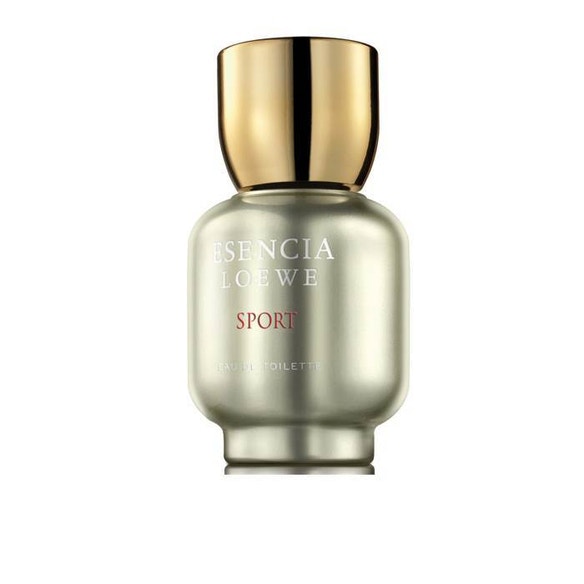 ESENCIA LOEWE AFTER SHAVE 1.7 OZ BY LOEWE & NEW IN A BOX
Buy it Now

Reviews of Esencia Loewe by Loewe

There are 49 reviews of Esencia Loewe by Loewe.

aquila_2009
Show all reviews by aquila_2009
Like reddish leaves falling off of trees on a open grass field during sunset in the fall while one is looking out the window of a old school luxury country hotel lounge area with a pool table in it.the scent is spicy-green masculine fougere, refined and sophisticated.a herbal green fragrance which has soapy dry down.this reminds me of Polo Ralph Lauren:while polo has a more sharp,classical gentleman vibe,this has more warmth and nuance to it and very slightly sweet. It's very affordable and definitely worth price.you can wear it on any occasion whether formal or casual.a must have for those craving for the scents from the 70s and 80s.
#242187

Varanis Ridari
Show all reviews by Varanis Ridari
There isn't a ton of information about Esencia Loewe (1988) besides the fact that it hails from an extremely-venerable Spanish leather maker that traces its origins back to 1846. Esencia Loewe is the follow-up to the first Loewe masculine perfume, Loewe para Hombre/Loewe pour Homme (1978), and comes across like your kitchen-sink aromatic/animalic heavy hitter typical of the 1980's. Esencia Loewe tries to step on the toes of several popular fragrances of the day at once, namely Giorgio Beverly Hills for Men (1984), Chanel Antaeus (1981), and Ralph Lauren Polo (1977), which although a holdover from the previous decade, was still a major player. There is a lot going on in Esencia Loewe, and I do mean a lot, plus the scent tries to factor in a bit of the rose/geranium-tinted masculine dandy revival spirit that scents like Salvador Dali pour Homme (1987) and Lord Molyneux by Parfums Molyneux (1988) had. All told, key base notes eventually win the day as it dries down, but on the way there Esencia Loewe can be one Hell of a ride. Staunch fans of 80's powerhouses probably already know what's up with Esencia Loewe, so I'm not saying anything new here for those guys, but for everyone else not worshipping at the Church of Oakmoss, here's your warning shot to steer clear.

For starters, Esencia Loewe comes out of the gate with lots of sour green elements like galbanum and tarragon over bergamot and lemon, with some juniper berry adding a twang of sweetness to it all. The heart is a trainwreck of geranium, rose, and clary sage bombarded by spices and herbs like nutmeg, basil and thyme. The sourness of the opening powers through this middle phase and lends itself well to the transition from dandy floral melange to resinous base materials, a transition that happens fairly quickly as a stiff balsam fir pine note reveals itself. This sticky and sappy pine note becomes the calling card of Esencia Loewe, flanked by a huge plonk of civet and patchouli that recalls Givenchy Gentleman (1974), mulled over by catoreum leather notes, a virile amber, and enough oakmoss to fumagate a roach motel. The vetiver, tonka, and sandalwood are minor players that help rope in all the musky aromas of pine and secretions, allowing trails of the rose and geranium to reappear here and there. Wear time is easily over 10 hours and this will pump out good projection and sillage all day, so go easy on the trigger. Something this dense feels best in fall through early spring, and is not very work-friendly unless your coworkers are open-minded about fragrance. For me, something like this could best be used to enhance a hiking trip in the mountains.

Once the aromatic rollercoaster comes to an end, what Escencia Loewe most resembles is an animalic patchouli fragrance peppered with florals and smacked with a dose of pine, to make you feel like you rolled around on the forest floor. Older perfume guys who've spent time around Esencia Loewe like to compare it to Polo but I think it is less similar to that than it is the aforementioned Givenchy, since the patchouli becomes so prominent late in the wear. This is another one that vintage purists say has been uttery ruined by reformulation, but since my review comes from vintage stock, I can't confirm that but I can say that you should likely suspect the bergamot, oakmoss and animal musks to be dialed back in newer bottles because those are the things that have either been targeted by IFRA for regulation or just are taboo to the modern nose. If you have a collection rife with strong manly 80's smells, this may be a good addition, but if that collection is full of patchouli-heavy perfumes, Esencia Loewe may seem redundant. Likewise, if you tend to sway more towards cleaner smells, wearing Esencia Loewe may feel a tad like summoning Beetlejuice, although for me that would be a point of merit. Esencia Loewe is a very solid, dense, well-executed aromatic powerhouse from a brand that doesn't get much talk for its perfumes. Thumbs up

vipersinthefield
Show all reviews by vipersinthefield
This was a good fragrance and I didn't necessarily mind blind-buying Esencia Pour Homme.It's obviously a green and brown fragrance but I'm going to make this claim.I think Aspen was inspired by this,It's the similar tone,and this preceded Aspen by 1 year.Though wer'e talking two completely different levels of craftsmanship...Aspen is a cheap and more basic version of this.

I get a green body of vetiver,bitter herbs,and a bit of pine.A very light touch of lemon oil and soap though not cutting and more of a mild tone.Minty and cool but through an herbal tweak and not a Cool Water synthetic blast...this minty touch is more natural.This green and minty side softens down as this gains some leather and a berry note.Hard to define the berry exactly other than lightly sweet and warm...gives a rustic appeal to the brown side of Esencia.Even though I like this I'd still call this a casual wear easily.Formal wear? it's possible but you've probably got something more stylish and clean toned to pull off a suit more effectively.

I remember trying the original years ago when I used to go on holiday to Spain. It was a strong manly green fragrance in the same genre as the original Polo.

Received my sample and I must admit that it's not quite the same. It is similar but it's weaker and a bit watery.Still a good fragrance but not the great ones it used to be.

Scent Detective
Show all reviews by Scent Detective
Thumbs up for Esencia by Loewe. A definite retro feel along the lines of the original Polo Green. I've worn Polo Green since 1983. The reformulation while enjoyable is not nearly as nice as the original was. Esencia brings elements that were in the original Polo Green to the forefront more than the Polo reformulation does. I don't have the expertise to say, but I'm feeling the oakmoss vibe of the old Polo more than I am the pine. But, the pine took time to materialize with Polo and was more in the middle notes. Escensia almost smells like it has some of the "fresh" notes that some of the fragrances that attempt to smell like rain, or clean skin use. I almost wonder if aldehydes have been used to highten the feel of freshness in this fragrance. It feels like it to me. Anyway...this is a nice one and I'm enjoying the nostalgia of it's vibe.
#180848
P
pacamu
Show all reviews by pacamu
My first spray was overpowering of incense I thought maybe this is no good.
After a few more wearings I'm liking this one 2016 purchase.
Guess it's a green smell and enjoying the incense now.

Add your review of Esencia Loewe

Other perfumes by Loewe Members who own Esencia Loewe