Launched in 1990. A woody, spicy fragrance with a vanilla and sandalwood drydown.The fragrance was originally launched in the USA as a limited edition called 'Bois Noir' in 1987. 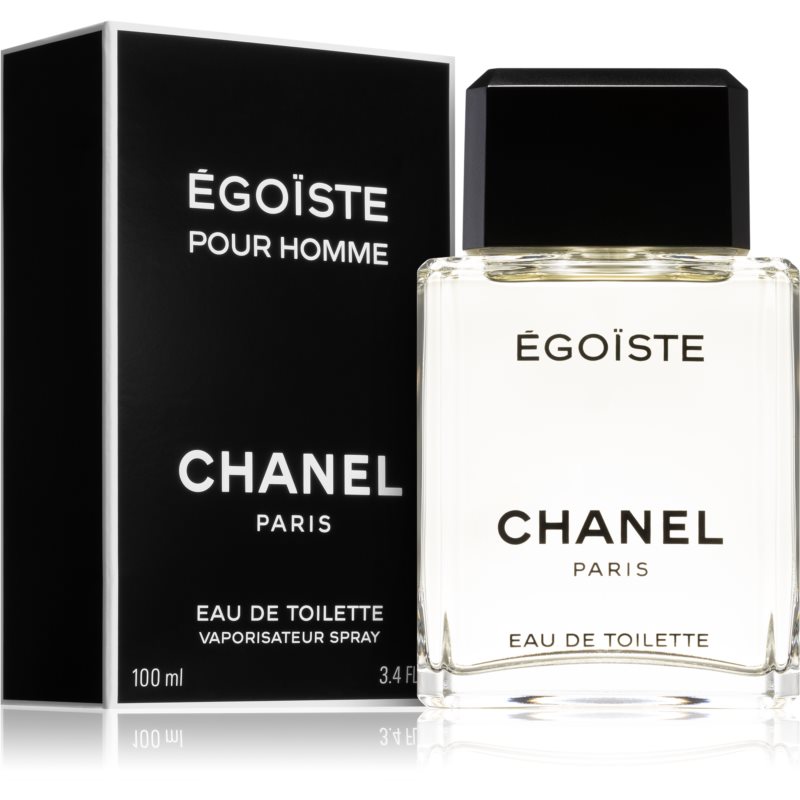 Egoiste's opening is highlighted by the Brazilian rosewood note on my skin. It's a woody and rosy smell, with just a hint of fruit in the background. I've heard many people say that the opening to this fragrance is harsh and musky. It was quite the opposite for me. This may have to deal with the fact that I have a newer formulation. I really can't say for sure because this is the only one I've tried. It's something to keep in mind though.

The opening fades fairly quickly, beautifully transitioning to the rose note. This note is the key player for the next hour or so on my skin. This isn't your typical rose note either. It certainly doesn't smell like what you would find in Noir de Noir. Instead, it smells darker and a bit damp. The image that immediately comes to mind is smelling a rose petal after a heavy rain. It's an absolutely beautiful and masculine take on rose.

After an hour, the cinnamon note takes center stage. This note smells less sweet and more dry than what you would find in Spicebomb or Carven Homme. It reminds me more of the note from HiM by Hanae Mori. Sitting behind the cinnamon are a dry tobacco leaf, powdery vanilla, sandalwood, and a little bit of creamy amber. The combination makes for a wonderful rich, spicy, and woody smell.

The first time I smelled Egoiste I was completely blown away. I tried this fragrance because it has many notes that I love in fragrances. It has such a unique take on these notes and that's really what makes it such a special scent.

I'm sure that if you read several of these reviews you'll be uncertain of what to expect. Some people will call this musky and others will call this fruity. Some will find cinnamon to be the dominate note, while others will say the sandalwood is the key player. The truth is, Egoiste's beautiful smell can be a bit hard to describe to someone. It defies expectations and is a unique experience for everyone. That's why I highly recommend at least sampling it. Especially if you like fragrances such as LIDGE, Carven Homme, or Gucci Envy.

sjg3839
Show all reviews by sjg3839
Egoiste has an old school classic vibe. A nice sandalwood with a touch of rose, vanilla. An easy reach when you don't know what you want to wear. A classic indeed! 7.5/10
#242597
M
mattandhiscat
Show all reviews by mattandhiscat
I smell egoiste on the back of my hand in a daze, I literally want to shake the hand of the perfumer, this sort of perfumery is an art form. In current formulation I smell a freshly peeled tangerine rolled in beautiful soft rose petals and sprinkled with some spices like cinnamon and maybe a touch of clove, I find it difficult to pick out any sandlewood of note worthy strength or quality which is unfortunate but what's left is ethereal and beautiful all the same, this is classic French Perfumery of the highest detail, on a par with things like habit rouge and the original Dior homme edt. I've noticed Fahrenheit in 2020 formulation has had a bit of an awakening recently and smells very close to the vintage with that gasoline leathery DNA being centre stage, please Chanel give egoiste a bit of a boost.
#230320

StylinLA
Show all reviews by StylinLA
EGOISTE may be the scent that made me realize I was totally a fraghead (though not knowing that term at the time, let alone that fact that all of you existed too.)

When that infamous commercial came out in 1990, I was driven into a frenzy to buy it As with most marketing, the commercials started well in advance of the actual availability of the bottles in stores.

I pestered Macy's Mens "Cologne" counter over phone for awhile and finally the release date arrived.

I remember like yesterday bringing it home and tearing it open. And being awestruck by the scent. Loved the opening blast and still do to this day.

Such a nicely blended scent and fairly unique so it doesn't feel dated to me at all. Nice combination of cinnamon, rose and sandalwood. Cinnamon always a favorite note and this may have been the first I ever tried with a prominent and noticeable cinnamon note.

There are a handful of scents I think that every Basenoter should try if not own and this is on the short list.

speedracer
Show all reviews by speedracer
Has a classic/old school Eau Savage musky, dirty citrus mixed with modern sweetness in the opening. I get spicey, almost cinnamon vanilla with a woody rose as it dries down and leans more modern.

Performance was a letdown. Average to low projection throughout and only 4-5 hours longevity on my skin.

#226758
M
Michaelb1962
Show all reviews by Michaelb1962
One of my all-time favourites. Was inspired to buy it back in the 90s through the iconic TV advert, and I didn't regret it. It's in there with Eau Sauvage and Gentleman, when I want a classic nostalgic hit. The reissue 'Platinum' pales in comparison - the original, like so many things in life, is always the best.
#217493
Show more reviews of Égoïste / L'Égoïste...