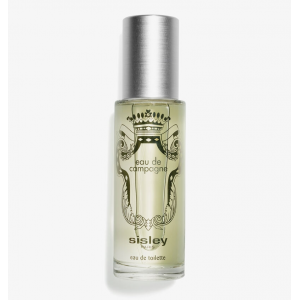 About Eau de Campagne by Sisley

Where to buy Eau de Campagne

Eau De Campagne By Sisley Edt Spray 1.6 Oz For Anyone
Buy it Now

There are 38 reviews of Eau de Campagne by Sisley.

Colbourne
Show all reviews by Colbourne
In my ever humble opinion the ultimate in grassy, leafy scents, Eau de Campagne is a must smell for anyone who is a fan of Jean Claude Ellena's works, as it shows that what could've been signs of his nascence reveal already a mastery of magnificent minimalism. Under the tutelage of Edmond Roudnitska, Ellena adds new pages to his playbook through this creation, introducing a countryside glow to the lustre of a green chypre.

Tomato leaf and basil, in all their glorious verdure, green the nose immediately and are soon accompanied by lemon and bergamot. A chorus of pelargonium leaves and galbanum soon follow, and there is a point in the development where there is a sonorous, tea-like quality in the heart, which grows earthier and mossier, merging the showy with the contemplative. While not listed, the dry down reminds me of the musky, dusty green of angelica root, and there is some vetiver the bridges all the verdant vegetation into the base, clinging on like sinuous tendrils.

An early marvel from one of the greats, Eau de Campagne is a summer delight and a true classic worth visiting for anyone who has a yen for all scents that are green.

Wild Gardener
Show all reviews by Wild Gardener
A Countryside Green with poise, rather like Vacances in its day.
Eau de Campagne is infused with bright citrus sunshine, wild flowers and late summer hay.
It also has an abstract side with anisic and fizzy notes which anticipate Azzaro pour Homme.
With this, his debut work, Jean-Claude Ellena issued from nowhere. Already a mature artist, he sprung - as it were - fully formed, like Athena from the head of Zeus.

Shahbaz_2009
Show all reviews by Shahbaz_2009
This fragrance conjures up a walk towards the aromatic herb gardens near a villa.as the sunlight hits the gardens,the tree path provides brief shadow and adds to the scent of this perfectly romantic mid-afternoon moment. Woody,slightly spicy,aromatic, herbal and citrusy.

One of the best hot-weather aromatic citrus scents I know. Vibrant and very refreshing, and the chypre-like base keeps it going for many hours.It is really amazing with depth and character that combines excellent the citrus freshness with the woody and "green" feeling coming by oakmoss and vetiver.

The opening is refreshing,vibrant and invigorating. Crisp and herbal.the basil accord adds an herby freshness to the usual line-up of citrus notes.Bergamot and lemon are the strongest notes I detect from the range listed above.The heart is lightly sweet and spicy, the carnation giving a zingy note to the sweeter accords of jasmin.heavy on the patchouli.
The jasmin betrays a hint of old-school indoles. coriander make the whole mix pleasantly, delicately bitter,which it stays throughout its development. Everything is blended seamlessly, and no one note stands out at all.the dry down is a touch more masculine.

It is as innocent as a sunny morning in a green garden and as refined as luxurious penthouse. really and truely retro or vintage cologne.

Varanis Ridari
Show all reviews by Varanis Ridari
Sisley Eau de Campagne (1974) is a marvelous chypre fragrance and early work of famed perfumer Jean-Claude Ellena, launching the house of Sisley then receiving a wider distribution in 1976 (hence conflicting dates). What's most fascinating is Sisley was originally founded by Jean-Francois Laport and partner Roland de Saint Vincent, as Laport's first niche perfume and cosmetics brand, then abruptly sold off to Hubert d'Ornano (whose family still owns it today) so Laport could found L'Artisan Parfumeur on his own. Therefore, Sisley is sort of a prototype L'Artisan Parfumeur in a way, although Laport himself didn't get his hands on making the perfume like he would with L'Artisan or his later house Maitre Parfumeur et Gantier. Bringing on board a young Jean-Claude Ellena, Sisley launched with a fragrance meant to evoke the countryside of Campagne, a small village in France. The profile is unmistakably chypre, but the breakdown is exceedingly green as with most chypres from the 70's that didn't rely on tons of aldehydes or oriental notes. Eau de Campagne would be the only perfume Sisley sold until Eau de Soir (1990), and a huge bath range exists around it too, so Ellena must have done something right,

Jean-Claude had not yet developed his characteristic "transparent" style, but most of this can also be attributed to the aromachemcials he would later favor for this style not yet existing in the 70's, but Eau de Campagne isn't heavy or particularly opaque either. Most interesting about this perfume is the opening, which sets the usual galbanum and bergamot found in the "mean green" 70's chypre style alongside dry plum, a soft lemon, and tomato leaf. The effect of this reminds me a lot of a middle ground between Chanel Pour Monsieur (1955) and Annick Goutal Ninféo Mio (2010) but with a touch of dark dessicated fruit. This blending of soft plush citrus, plum, and sharp leafy goodness continues with basil and pelagoriums in the heart (geranium), which makes Eau de Campagne glow delicately alongside jasmine hedione and muguet, negating any dourness the plum might bring. The base is the usual chypre business with oakmoss, vetiver, patchouli, and a soft clean musk. Eau de Campagne is wholesome, uplifting, verdant and clean, like a more-lucid Dior Eau Sauvage (1966) that reads neutral in gender, and I wouldn't be surprised if Ellena was inspired by Roudnitska when making this. Performance is average all around since this is a rather light chypre, and suggested use is casual daytime spring and summer, or after shower.

IFRA regulations have taken some pep out of Eau de Campagne's step thanks to restrictions on oakmoss (or rather the atranol in oakmoss), but I've smelled what chypres like Eau de Campagne were like before the restrictions, and there's little change besides the fat, semi-bitter, and buttery skin feel left behind by a heavy dose of oakmoss fixative in fairly basic, academic chypres like this; in other words, you're getting a light woody scent either way. Jean-Claude Ellena certainly didn't reinvent the wheel with Eau de Campagne (nor would he at this stage of his career), although heavy hitters come later when another seeming ode to Roudnitska would come out by the name of Cartier Déclaration (1998). Based on his work there, he'd further refine his use of transparent woody aromachemicals until Terre d'Hermès (2006) would launch, virtually stealing the thunder of the similar preceding L'Artisan Parfumeur Timbuktu (2004); must be some irony in there somewhere. Just a beautiful fresh, green, soft chypre that is instant good mood in a bottle. Hunting down older specimens can be a rather pricey affair for those addicted to oakmoss, but this was always made to wear light (also like Eau Sauvage), so all you're paying for is a moss-dominated skin scent for deep vintage. A classic! Thumbs up!
#233239

Abbiss
Show all reviews by Abbiss
I usually dislike green fragrances but this one is very fresh without being light. It's got some sweetness from the citrus fruit and performs well.
#209332

Other perfumes by Sisley 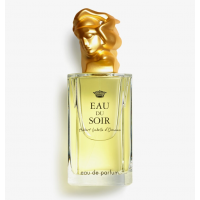 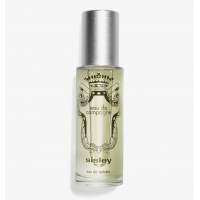 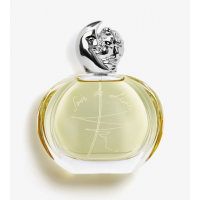 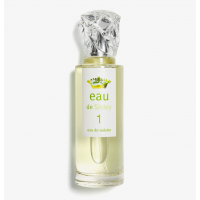 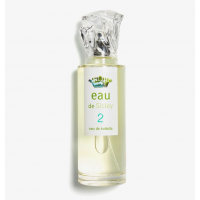 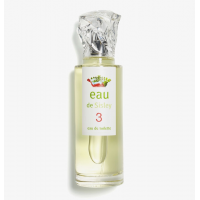 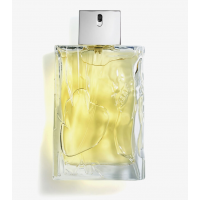 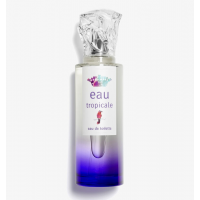 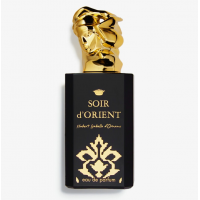 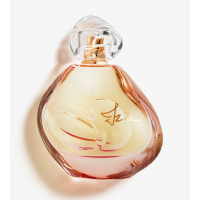 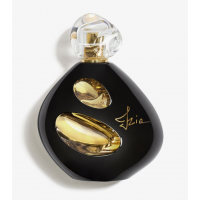 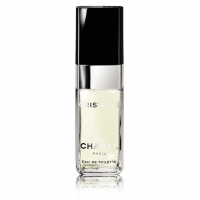 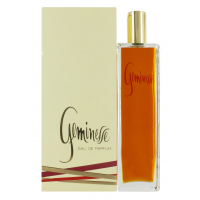 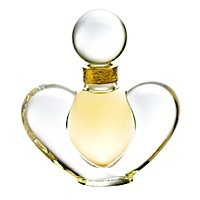 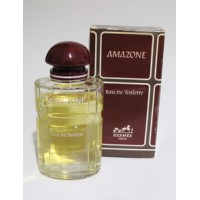 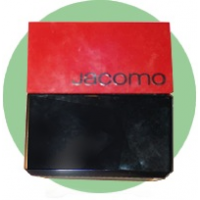 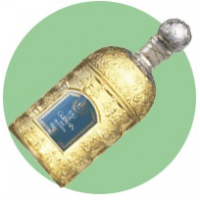 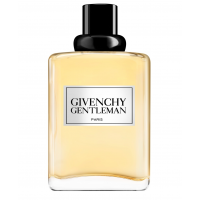 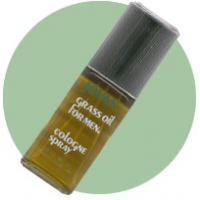 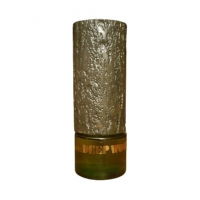 Members who own Eau de Campagne