About Drakkar Noir by Guy Laroche

A classic. Drakkar is the Viking word for dragon boat.

Where to buy Drakkar Noir 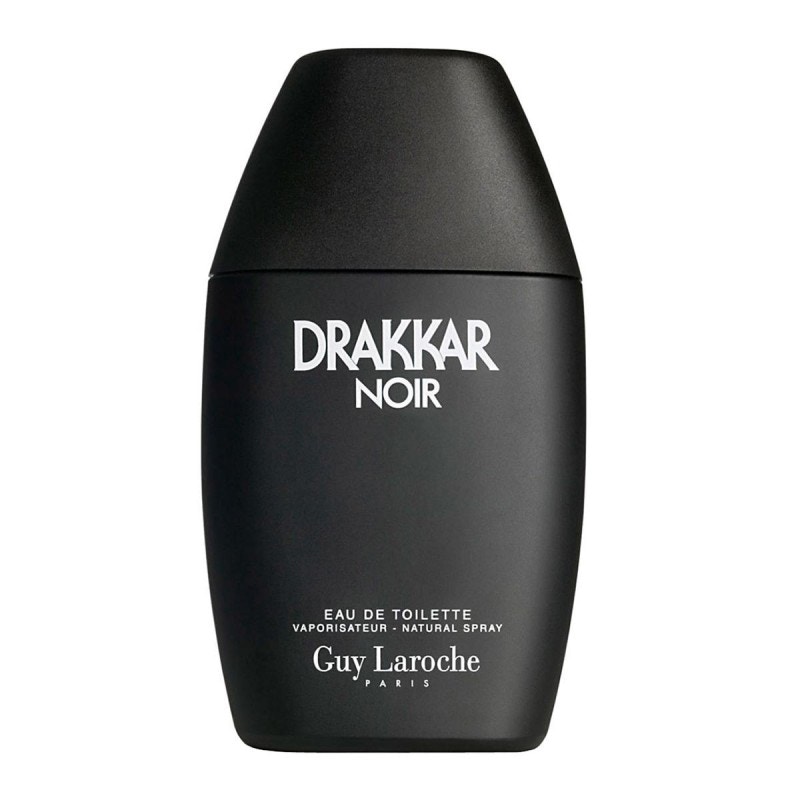 There are 189 reviews of Drakkar Noir by Guy Laroche.

AspicMyopic
Show all reviews by AspicMyopic
Drakkar Noir is a classic woody, aromatic fougère. I like the aromatic opening of this fragrance with citrus, rosemary and lavender notes. The fragrance settles to a woody, slightly leather, warm scent. It has about 5 hours to 6 hours longevity on my skin with moderate sillage. As an early 1980s fragrance it has that masculine, barbershop feel of the late 70s and early 80s. Think open collar shirt, hairy chest, chunky gold chain, handlebar moustache. Thus it may seem a bit dated for some, however men who wore it back in the day will love the nostalgia it evokes. Back in its day it must have been very popular on the illuminated disco dance floors. But younger men may want to keep looking.
I feel that Paco Rabanne pour Homme and Aramis are more refined fougères, and even though they are both older fragrances, they remain more relevant today than Drakkar Noir. Part of the reason why I feel this way about Drakkar Noir is that as it begins to dry down it smells very similar to some mass produced masculine shower gels and deodorants. It's definitely a pleasant scent, however the late 80s and 90s saw many deodorant brands replicating these masculine scents like Drakkar Noir to the extent that it became common and unremarkable.
Overall it is a good masculine fragrance with moderate performance. It is a bit dated but will deliver some nostalgia value to those who rocked it in their younger years. But for what it is, at this price point, I think it is overpriced and there are better value options out there.

However, weak sauce. No staying power. I can barely detect it after 30 minutes.

ScentSensei
Show all reviews by ScentSensei
I wore Drakkar Noir in High School around 1996-1988 and switched to Cool Water around 1990. I hadn't smelled this fragrance since, and had only a vague idea what it smelled like. 30 years later here I am getting a chance to smell this once again. 50+ wears later and it's so nice to have this amazing fragrance as part of my world once again. Yes I admittedly have nostalgia bias for this but bias aside it still makes my top 10 even with all the competition in my collection. I definitely get the lavender and herbs on top with the mint, creating that dichotomy between dark and bright on the top. Even with the amount of notes listed this is a blended unique scent, with maybe the wormood, pine, and moss carrying the lavender through the base in a smooth dry 'noir' effect. The downside to current formulation is longevity. I mostly use this at home along with the shower gel and since I wear a lot of fragrances throughout a day as necessary this fading out just means time to wear something else. It would make this a weak choice for workday longevity as you would lose most projection and sillage by lunch time. I think ubiquity led this to trend less popular for awhile but since cool things are cyclical it is entering another phase of discovery and relevance amongst the fragrance community. Considering Drakkar Noir has the advantage of not smelling 'of it's time' it carries timeless uniqueness decades into the following century of its release. Inexpensive and big bottle worthy, making it an easy one for collectors of men's classic reference fragrances. Thumbs up. Way up.
#248861

11Mic22hael33
Show all reviews by 11Mic22hael33
Very nice! Of course it doesn't have the longevity of the 1980's bottles, but you still get a good 8 hours out of it. Still very mossy, except it's "tree moss" now instead of oak moss. Same effect in my opinion. The modern day Drakkar Noir is still a glorious and legendary fragrance and I am grateful it is still around. 4.5 stars!
#234782

Imagine what the legacy of this fragrance would be if the bottle wasn't jet matte black and the power broker marketing didn't club you senseless with the excessively brash noir-ness.

What you would have is a completely different perception of this barbershop aromatic fougere. That's right - barbershop - minus the talcum powder.

Constructed around a dizzying number of well blended accords, it's all in there - the lavender, the bitter herbs, the florals, the oakmoss / leather. Like a fresh shave!

Make no mistake, the vintage is powerful - 2 to 3 sprays and you will be good for 12 hours or more - so with some discretion, you can easily wear this in any setting or season.

Add your review of Drakkar Noir

Other perfumes by Guy Laroche Members who own Drakkar Noir