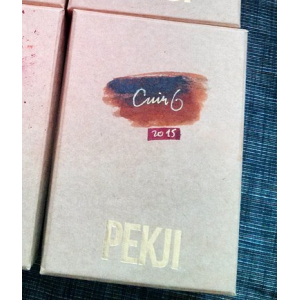 Cuir6 is a shared scent launched in 2015 by Pekji

Reviews of Cuir6 by Pekji

There are 9 reviews of Cuir6 by Pekji.

rbaker
Show all reviews by rbaker
This is a rough leather scent from the beginning on. Starting with a very harsh and smoky opening phase, at some stages very much an angry, burning smoky leather. It settles in the drydown to a birch tar being added, together with a transient gasoline impression superimposed on the leather. It is here that Knize Ten comes to mind, although the latter has more gasoline-garage-car leather characteristics.

Later on medicinal hints alternate with a dark musky undertone. In the base is gradually smoothes the whole mix, but a certain roughness never goes away.

The sillage is moderate, the projection excellent and the longevity is ten hours on my skin.

An wintery leather fragrance in the tradition of Knize Ten and in many aspects more copying than displaying originality, this well executed and very well structured. 3.25/5.

numcks
Show all reviews by numcks
Visceral, raw, animalic, leather. Tarry, smokey, skanky. Notes of fecal tobacco, some spiced rum, and castoreum/medicinal patchouli make for an uncompromising, unforgiving mix. For all that, it's not rude or unwearable, just aggressively masculine (ignore the uni designation). Think a mix of Knize 10, Tauer Lonestar Memories, Dali pour Homme, and C&S Cuba and you have an approximation. Quite a blast.

Rick Bennett
Show all reviews by Rick Bennett
Interesting, but not for me.
I don't really like the start, which is boozy (rum?), spicy, medicinal and sharp leather. I can also smell something like animal dung (horse or sheep) underneath, which is very slightly nauseating. Maybe this is what a tannery smells of, I don't know.
It definitely improves later. I get a smell that reminds me of new Tarmac being laid, and full-on leather. As time goes on I still get full-on leather and a faint animal smell. To me the smell of leather is really quite authentic, and in a weird way it's kind of sexy, but I can't imagine when I would ever want to smell like this. Actually, I can: mid summer, the English countryside, mucking out the horses, long leather boots, stripped to the waist, the sweat is trickling down my sun-browned back, my long, dark, wavy hair sticking to my brow, I pause to smoulder at some beauty that walks by... However, as I'm now at an age when I should really think twice about removing clothes in public, my hair is no longer long or dark and never was wavy, I'm actually a bit scared of horses, and, unfortunately, am not living in a Mills and Boon novel, this will probably never happen.
Sillage: don't know, nobody said anything apart from my Newfoundland who barked at me. Longevity: moderate.

Colin Maillard
Show all reviews by Colin Maillard
Cuir6 by Pekij opens with a bold, dark, bitter, dry leather-tar accord with nuances of warm-boozy amber, black pepper, thick smoke, something herbal and slightly fruity, and a slight sort of salty, mineral-metallic note I guess due to musk which I am not sure whether it's intended or accidental  anyway it fits Cuir nicely, reminding me a bit of Spent Musket Oil by D.S. & Durga with a drop of stale sea water. The evolution on my skin features this same core aroma just becoming increasingly warm and smooth, at the same time taming down progressively. The array of inspirations seems (again...) mostly revolving around lived-in leather, rough tar wood, oily-ambery blackness, moldy soil and that kind of imagery, decidedly leaning towards nature here (so think of dark moldy woods). More than raw & synthetic or particularly avantgarde, the smell for me is just more artisanal, in the same league of AbdesSalaam Attar and that type of genuine natural perfumery. It has a cozy feel of simplicity and organic clarity which I appreciate a lot, blended with a bit of American indie inspiration (fans of Sonoma, Kerosene, Slumberhouse would probably appreciate this: more or less the same mood, just a bit more simple and natural). Also a couple of Le Labo fragrances come to mind, Cuir and Patchouli above all.

Now, while I do enjoy the fact that Cuir6 smells undoubtedly pleasant and quite solid in its simplicity, that it isn't just about cloves and tar as many other leather scents, and that also the usual leather aromachemicals aren't excessively prominent... to be really honest, all considered it still smells to me as much nice as a bit dull. For two main reasons  first, roughly said, there's really nothing new here. Leather aficionados may probably find some points of interest, but for other mild leather fans like me, this is a bit like with incense scents  just another one. A good one for sure, but still just another. And second, most of all because more than a proper fragrance, to me Cuir6 seems basically a (really) well-executed leather-moss accord in a bottle waiting to, say, be used for something a bit more appealing. At the same time, not being or raw bold enough to make some sort of creative statement out of this. And thus suffering in my opinion from the same main flaw of many fragrances of this type (AbdesSaalam and many indie brands)  despite smelling nice, it can turn out to be a bit flat and lacking in some interest in its texture. The kind of stuff that wows you at first, but after that, you will rarely reach for it. Or well, that's my experience. Surely a promising work, but sadly nothing really special for me. Given the challenging price, I think leather lovers still have some more fulfilling (and way cheaper) alternatives to this.

Darvant
Show all reviews by Darvant
Cuir 6 is my first approach with the Omer Pekji's creations and I have to admit that this "hardly approachable" fragrance embodies those sort of sensorial experiences that use to capture my passion for the extra dark and somewhat primitive pieces of olfactory witchcraft (which, I admit, lack of refinement, subtleness, historical olfactory parametres and measured class but come powerfully out as an experience of pure ancestral beatitude). Cuir 6, as well as pointed previously out, is a rocky/bone-dry take on an ultra smoky and resinous woody/leathery accord. The note of leather is paradoxically just a co-protagonist (or better, is neither just "treated" nor just embellished but is basically "flanked" by temperamental notable raw materials) since in here the focus is also over tremendously smoky woods (ancient and arcane), authentic visceral castoreum (a touch of ambergris??), birch-tar, black pepper and mouldy black musk. I feel the rubber too, accessorial but applicative. It seems like several creations from Sonoma Scent Studio (think to Fireside Intense, for instance) meet molecules jumping out the smokiest Abdul Samad Al Qurashi's ancient oils (think to Crassna 25 years Oud). I detect also nuances from By Kilian Pure Oud, Profumum Arso and Tauer Lonestar Memories but in here we are far beyond in terms of "arabic" smokiness, impenetrable mossiness and progenitorial mouldiness (my mind thinks to dark caves, coals in a stew, ancient sacristies, dusty basements, old massive books, boots polish, fusty storages). Over an initial whiff of smoky leather I start to detect a pure central aroma of burnt woods, ash and carbon while rubber, leather and mossy labdanum (yet working) are in this phase kept out of the spotlights, being gradually absorbed by the blackest of the woodiness. Along the dry down's way leather emerges again still misty and seasoned. As well as yet outlined, this fragrance seems ideally smelling about a rocky magma emerged up from the depth of the planet earth. Stout. (Anyway, this potion is basically over the limits of my taste although something I can't refrain to appreciate).
P.S: finally flat structure and really obsessive smokiness. Hardly wearable (a soldid experience anyway).
#157280
Show more reviews of Cuir6...

Add your review of Cuir6 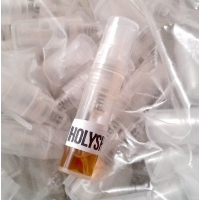 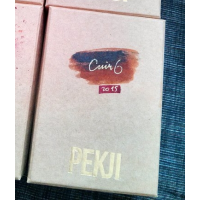 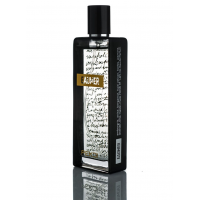 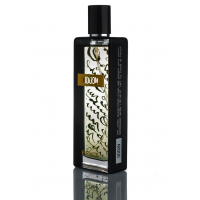 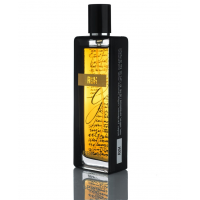 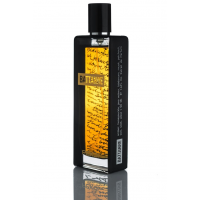 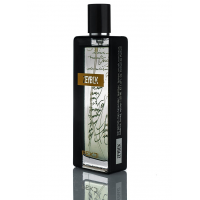 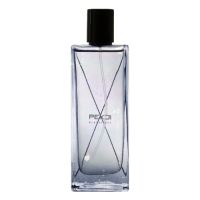 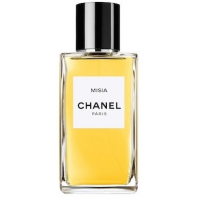 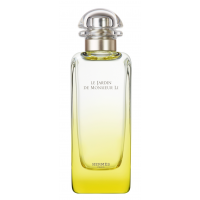 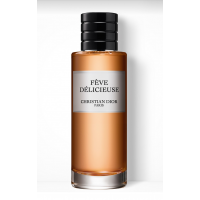 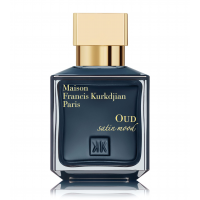 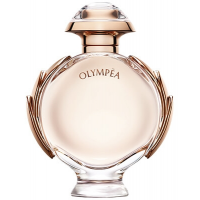 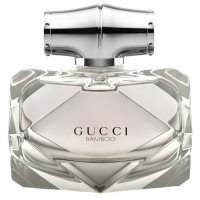 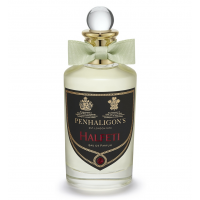 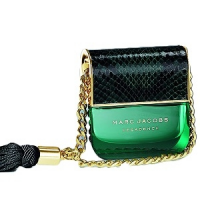 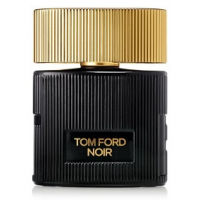 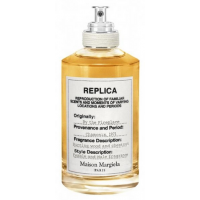 Members who own Cuir6