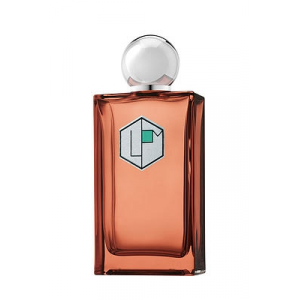 There are 8 reviews of Cuir X by La Parfumerie Moderne.

freewheelingvagabond
Show all reviews by freewheelingvagabond
Marc-Antoine Corticchiato is the nose behind the La Parfumerie Moderne Creations, of which I have tried Cuir X and No Sport. These two compositions are rather polished and seamless, and shunning the rustic charms of some of the Parfum d'Empire fragrances. Cuir X is definitely a modern leather fragrance, with a composition that hints at high quality leather accessories, and at times leather upholstery. This is in the same canon as other modern leathers such as Cuir Cannage, Cuir Ottoman and Ombre Leather 16. The initial opening has a sparkle with a touch of saffron, that sets the tone for the development to follow. The accord features many suede qualities, but is overall decidedly more leathery. Iris forms a natural harmony, though less prominent compared to Cuir d'Iris or Cuir Ottoman, while a touch of sweetness supports the other elements and add cohesion. I hardly detect any birch tar. Cuir X is not abstract, nor was it meant to be. There is a slight edginess, that brings an element of interest which is maintained over the majority of its lifespan on skin.

My personal reservations in the case of Cuir X are twofold: I prefer more sensuous leathers such as Mona di Orio's Cuir, or Cuir Mauresque, or even Cuir Ottoman. The other aspect is that the latter half of its lifespan on skin is rather faint, too subdued, and not as engaging. It loses the edginess, the the bodacious leathery accord, and is somewhat thin. Cuir X, nonetheless, possesses an attraction that makes it potentially interesting to anyone considering a modern, friendly leather fragrance. While decidely unisex, I imagine it to be working better on women. It's quite chic.

Starts out as a hospital medicinal smell but very quickly veers to leather. The real leather and not the K10, Gomma, Burberry kind. This actually smells like freshly made artisanal leather jacket. Very pleasant. Cuir Ottoman is what this reminds me of but is less oriental.

In the mid phase it turns and goes towards Vintage BelAmi. Leather and Motor Oil. And with time it becomes more motor-oily - like the mechanic part of Hyacinth and Mechanic by Tauer. But unlike BelAmi and Tauer it never lets motor oil overpower the composition.

In later phases it reminds me of Maxims but is much better than Maxims (which I think is over hyped)
The Saffron and Vanilla/Tonka rounds it out well.
A great blended fragrance. A rarity these days

I am impressed by LPM.
Quality stuff with development and character.

rbaker
Show all reviews by rbaker
From the beginning a slightly boozy leather impression meets my olfactory organ. Initially purely a soft, new nappa impression, it is less dark and harsh than Cuir Ottoman; more maroquinerie than shoes or leather seats in cars. Compared to the vintage Kölnish Juchten it is significantly stronger and more intensive. Soon, however, a gasoline impression emerges, and here it is a bit reminiscent of Knize Ten but much softer and gentler, maybe more the Golden Edition than the original - more Cuiron than K10. At times smoky moments occur, and times ambery facets are evident, but it is never harshly burnt. A restrained saffron-based undertone in the drydown has a softening effect, smoothing it around the edges. A nice iris with hints of labdanum and whiffs of spice give it additional nuances.

The performance is nigh-stellar, with moderate sillage, excellent projection and an astounding fourteen hours of longevity on my skin. Brilliant.

This follows in the footsteps of illustrious predecessors, but it is a very good leather rendition; a clean, restrained but rich leather with a well-maintained balance between light clean wallet and darker car-leather notes. Composed of high-quality ingredients, this is a very impressive leather indeed. 3.75/5.
#170827

ClaireV
Show all reviews by ClaireV
I have a hankering for Cuir X that I just can't shake. I'm on my third sample of it and the crush is still going strong. But like any crush, ask me to explain it and I can't.

I mean, if pushed, I'd say it's a beautiful modulated suede, its hints of rubbery saffraleine perfectly matched by a hint of smoke and a smooth, almost edible note that lands halfway between violet and plum, even though there's no flowers or fruit in it. It has a modernist structure to it, meaning that it's been streamlined to survive in space, free of any weighty flowers, powder, amber or resins. If I were to visualize it as a person, it would be Michael Fassbender's character in Prometheus, David, a sleek android with a ferocious intellect and a perfectly smooth, whip-thin physique. Like David, Cuir X is a dove grey suede glove fitted tightly onto an industrial bone structure.

It's probably nothing new under the sun. But desire is irrational. I can only tell you that Cuir X wears like a slick of smoked single cream on my skin. It's sexy. I want to eat myself when I'm wearing it.

But it costs 160. And for that type of investment, it had better be a long-term thing and not just a crush. I wouldn't buy a horse or marry a man without first looking at his teeth, lifting his forelocks, and doing a thorough inspection of his undercarriage, so I'm going to do the same due diligence with Cuir X.

I mean, who's to say that my desire for Cuir X isn't just a flash in the pan? After all, I own many suede or fine cuir fragrances and at some point or another, I thought that I couldn't live without them either. I don't want to engage in anymore suede bed-hopping. I want a long-term commitment.

So. I'm going to test and re-test all the suede perfumes I own or once tested and wrote off, and if I still love Cuir X above all the others, I will buy it. That is a promise to myself. First of my list is a re-test of Parfum d'Empire's Cuir Ottoman by the same perfumer (Marc-Antoine Corticchiato)  I had originally written it off, but if so many people say that Cuir X is basically a modernized snippet of Cuir Ottoman, then I owe it to myself and my wallet to give it another try (seeing as it's about 40 cheaper).

A friend said that it is 96.5% similar to Cuir de Lancome at the top (which, honestly, it is) but then diverges towards the heart. I can confirm this - despite a similar top note, Cuir de Lancome is more floral and has a soft powder to it that Cuir X does not. But there are other suede perfumes. And lots of time. I have patience and an Excel spreadsheet.

Crushes are unreliable and desire can ebb away as quickly as it comes. Let's see which way this goes.
#166790

Diamondflame
Show all reviews by Diamondflame
Leather in its various forms and functional associations often mean a leather fragrance tends to miss the mark more often than it hits. CUIR X is a noteworthy attempt to be the leather to end all leathers with its rather suave presentation. I use this particular descriptor in protest against the unisex label the fragrance been slapped with for I found nothing in support of its supposedly gender-neutral appeal. But that is probably more a reflection of my own personal experience with leather.

At various stages in its development it evokes a variety of leather experiences, taking me from the booze and smoke-tinged leather chesterfield in an oak-panelled gentlemen's club to a stable redolent of animalic musks, salty sweat-stained dusty saddles and oiled harnesses. No powdery lipstick-scented purses, no office ladies' handbags. It's Tuscan Leather meets Cuir Ottoman with a dash of Knize Ten and Cuir Mauresque thrown in for good measure.

Gentlemen, if you could lay aside concerns over projection and longevity for a minute, the map to your leather holy grail may well be found here: -

rogalal
Show all reviews by rogalal
So, um.... This is weird. I have two samples of Cuir X, both sprayed from bottles at Barneys, and one is awesome and one is awful.

The good sample: Something in the family of Knize Ten or Kolnisch Junchten, harsh leather with hints of gasoline played deftly against flowers, but with the edges sanded down just enough to not be quite as unpredictably wild as its predecessors. It gets soapy in the base, which I can see leading to the Cuiron comparisons.

The bad sample: A huge overdose of that bleachy "woody amber" chemical with violets and gasoline and birch tar in the base.

So, one sample gets an enthusiastic thumbs up and the other gets a disappointed thumbs down, so I guess that averages out to a neutral. One thing's for sure: I'd never buy a bottle of this without smelling the specific bottle I was getting first...

Add your review of Cuir X

Other perfumes by La Parfumerie Moderne 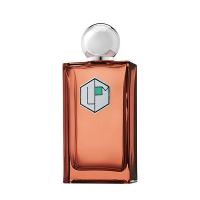 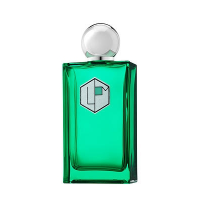 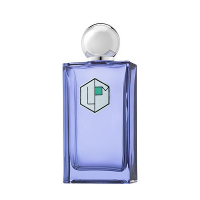 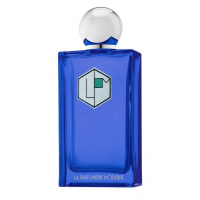 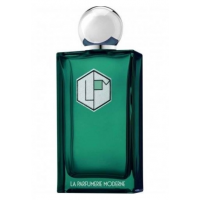 Members who own Cuir X