About Cool Water by Davidoff

One of the best selling fragrances ever. This fragrance along with Eternity by Calvin Klein, sparked a reinterest in the fresh fougere market. A Cool Water for Women was launched in 1997.

Where to buy Cool Water 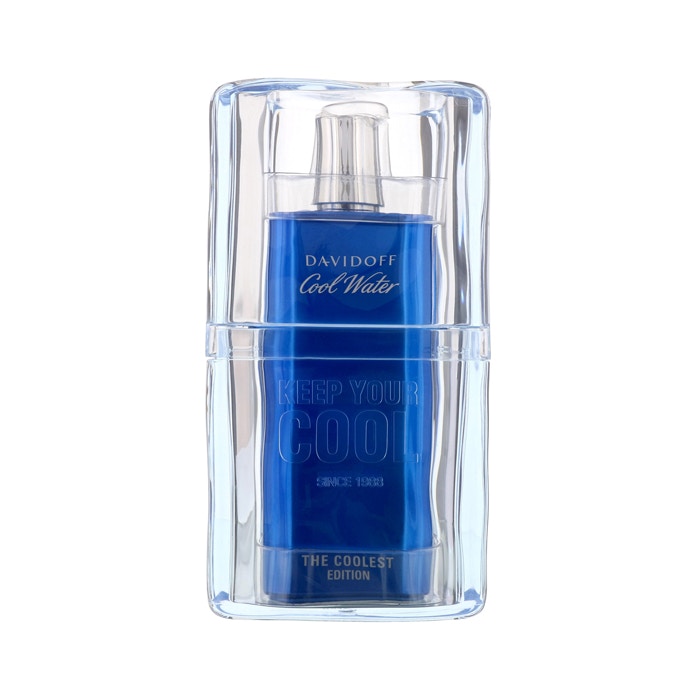 Reviews of Cool Water by Davidoff

There are 331 reviews of Cool Water by Davidoff.

KennyOfHrub
Show all reviews by KennyOfHrub
I discovered this scent through my older brother at his wedding, and honestly felt like I had to get it.
#248897

Smellyicious
Show all reviews by Smellyicious
5 Stars. Period.
#247173
D
daysgoneby
Show all reviews by daysgoneby
Really 'nice'. Absolutely no rough edges, fresh and a bit refreshingly clean and 'minty'. Christmas gift, or for a boyfriend gift galore, hence it's a bit of a 'faberge brut' but for 90s kids. I would never feel comfortable wearing this, now that i have turned 60, unless the shower broke and my cheap deodorant ran out.
#245132
N
Nik70
Show all reviews by Nik70
In the year 2021 and possibly after many reformulations since the late 80s, this concoction smells literally like a cheap fabric conditioner or dryer sheets. There is no class, no sophistication, just one ozonic, soapy smell that lingers. You can find it at the discounters at a ridiculously low price but it ain't worth it
#244717

AspicMyopic
Show all reviews by AspicMyopic
It's an excellent scent, well crafted by master perfumer Pierre Bourdon and it was a genre defining fragrance. You should buy this fragrance if you want to smell like generic fabric softener. Herein lies the problem, Cool Water has become a victim of its own success. So many manufacturers of scented products have emulated the scent that it now smells just like so many shower gels, soaps, ironing sprays, fabric softeners etc.. Because it is a classic fragrance many collectors will want to have it in their collection, as I currently do. But these days there are aquatics out there that are more fresh, distinctive and modern than Cool Water. If you're looking for an aquatic cheapie it's fine, but even then I would suggest that you give Nautica Voyage a try for something more fresh and contemporary. So overall a great fragrance that in the late 80s or 1990s I would have given a thumbs up. But now I feel more neutral about it. Great in it's day but better options out there now.
#243988

heylegros
Show all reviews by heylegros
I traveled to Vietnam in 2008 with two of my friends, and we were going out one night. I hadn't thought of bringing any fragrances on that trip and, to be honest, I really wasn't into fragrances at that time, as I only owned Acqua Di Gio and Code from Armani. As we were about to leave the hotel, I could smell this fresh, somewhat aquatic scent on my friend, which I found quite noticeable.

I asked him for a spray, and liked it. It performed quite well in the super hot, ultra humid Vietnamese climate. When I flew back home, I got a bottle of this, and was surprised at how low the price was. I wore that fragrance for some time, especially during summer nights. It did not seem to perform nearly as well as it did in Vietnam, though.

Cool Water has good sillage for maybe an hour or so, but it quickly becomes a skin scent. Its longevity is below average, which usually had me use another spray during the night.

It's a pretty bread and butter fragrance, which may come in handy every now and then. I don't wear it anymore, but honestly, I still have to give this one credit for being one of the first few fragrances that I ever bought and enjoyed.

It is a cheapie, and I suppose for anyone who's just a casual user of fragrances, looking for a good value, this is a blue scent that you can wear occasionally on summer nights. It is not particularly refined and it definitely smells somewhat dated. Therefore, I'd probably say this is better suited for a middle aged man at this point, meant to be worn occasionally.

Add your review of Cool Water

Other perfumes by Davidoff Members who own Cool Water