About Coco by Chanel

Where to buy Coco 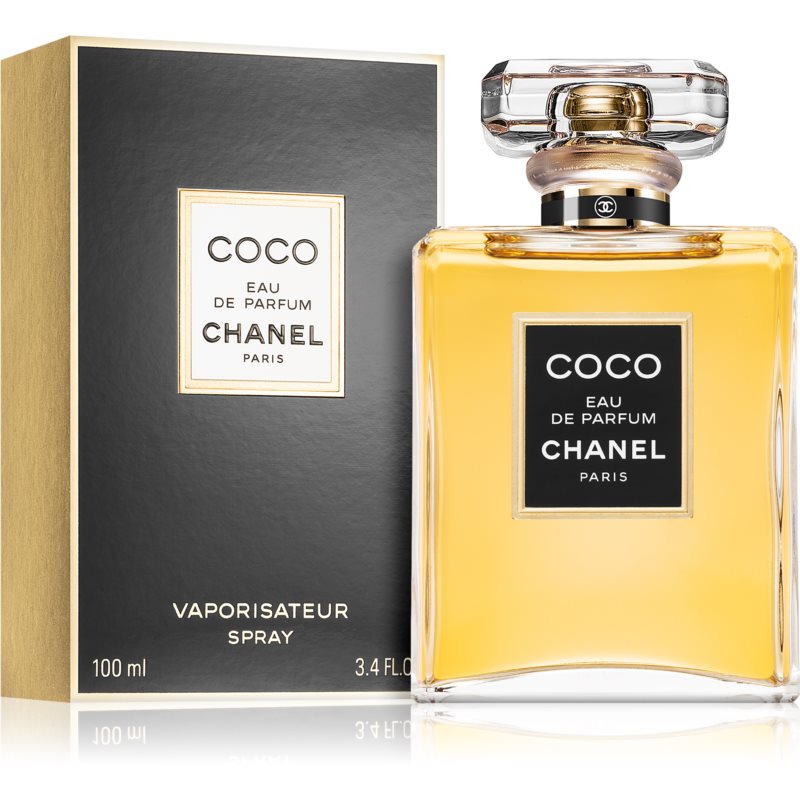 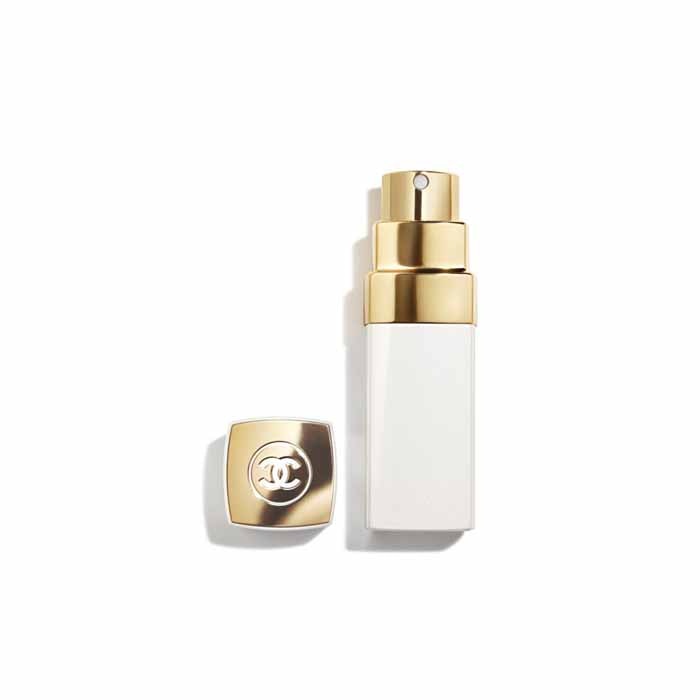 Coco on eBay (Coco by Chanel)

Reviews of Coco by Chanel

There are 123 reviews of Coco by Chanel.

L'homme vert
Show all reviews by L'homme vert
This is absolutely gorgeous, especially in parfum concentration owning several spray bottles of the extrait and a couple of the edp also in vapo-sprayers. Over the last 20+ odd years I have detected slight differences in formula and longevity of these two concentrations, sadly becoming thinner requiring regular top up applications, I do prefer vintage bottles with the extrait juice the color of deep canary yellow bordering on a feint tinge of orange a sign of the many white florals used in it's construct, everything about this parfum is so perfectly balanced, what's not to like with the combination of mandarin orange, frangipani, rose & jasmine all emboldened with the most exquisite blend of spices, the older formula contains the most creamiest gorgeous sandalwood including vetyver of superb quality available then, my second best vintage from Chanel would have to be Bois des Iles followed by the extraordinary No's.5 & 19, but that's another story :)
In my opinion one of the greatest civet based honeyed oriental perfumes of the twentieth century... A true MASTERPIECE!!!
#250046

Wild Gardener
Show all reviews by Wild Gardener
Some resinous materials have acid overtones.* These off notes can be felt when resins or balsamics are used in large quantities, and their unpleasant effects can be prominent in what Arctander calls ambra* perfumes. When this happens it’s common for perfumers to hide or disguise the offending notes.

Coco doesn’t try to hide its acid overtone but instead (like Youth-Dew) it aims to disguise it, in this case with a spicy accord, which also has peppery and burnt sugar tonalities. These are backed up by the gritty indole of orange flower, and the woody, earthy, spicy and camphoraceous elements of patchouli.**

Because ambra constructions tend to be base heavy they are long and linear. And this is the case with Coco. The acid overtone stretches way down into the body, making Coco feel a bit purse-lipped after a while, although there is a powdery sandal and balsam note in the drydown which softens it up a little.

There’s some sweetness, but it’s kept well back (for an amber) and overall, Coco feels dry and acid-sour as much as sweet. This is a brave and admirable ploy on the part of Chanel and Jacques Polge, or it may have been they were just making a virtue of necessity; but all the same, I find it rather stark, and starkness isn’t something I look for in an amber.

Varanis Ridari
Show all reviews by Varanis Ridari
The 1980's was full of big perfumes, and newly-appointed house perfumer at the time Jacques Polge needed to make a big perfume to compete with the likes of Yves Saint Laurent Opium (1977) or Giorgio Beverly Hills (1981). Already having achieved a new paragon of masculinity with Antaeus (1981), Polge needed to repeat a similar success in the feminine segment, an objective that eventually lead to the creation of Coco Chanel (1984). Obviously titled after the late Gabrielle Chanel's nickname, Coco was meant to channel the strength of will and businesswoman aesthetic of the house founder, and indeed contains the essence of her often-terse and condescending manner as well. Coco is not a friendly perfume, not happy, but full of the kind of bold animalic vigor that shoulderpad blouses and teased hair of the decade often signalled to hapless men who stood in the way of the take-charge middle class 80's woman. Polge blended both opulent florals and heady spices in a note-packed kitchen sink style similar to perfumes of the early 20th century, which was a rare move for a perfumer who would later become famous his conservative restraint and plush blending, making Coco as much a young "show-off piece" as Antaeus was.

There are simply too many notes to sift through them all, but the opening of Coco demonstrates a similar aldehyde rush as the legendary No. 5 (1921), but with angelica, pimento, frangipani, and mandarin giving a sweet zing that is very feminine and fruity in the start. The very indolic heart of jasmine, rose, tuberose, cascarilla (coffee seeds) and neroli is delicious, with some iris and ylang-ylang to sharpen things up. Midway through this veers gender neutral and curious men who love animalic perfumes will start finding reward in Coco at about this point. Heavy animalic honeyed sourness of civet and styrax merge with incense elements of opoponax, olibanum, sandalwood, musk, and patchouli, while labdanum, oakmoss, and vetiver bring in a chypre-like golden focus near the end. I can't always discern which notes are doing what as stated above, but knowing the characters of each and how they mingle, the "big picture" Jacques Polge paints isn't hard to see. This is a fruity floral oriental animalic chimera which comes in disarmingly saccharin sweet at first before turning the lights down and bringing out the leather straps. Feminine to masculine, light to dark, friendly to Faustian, that was Gabrielle Coco Chanel in life, and that is also how her posthumous namesake perfume is as well.

This was likely an office perfume in the 80's, since everyone wore everything everywhere, but with the increased social consciousness of perfume use in the 21st century, Coco is best worn in evenings for romantic gatherings or just personal enjoyment. This oriental kaleidoscope works surprisingly well in all weather thanks to the brightness of the top and warmth of the heart, plus a lack of cloying notes like vanilla or tons of amber to cook on skin. Eau de Parfum is richer and more-suited to ladies, while the Eau de Toilette is sharper and a tad more raunchy, making it the better bet for men. Any version is suitable as a unisex oriental, but knowing CISHET predilections, I make my suggestions thus. Polge would settle into watery or fruity florals for women and ultra-blended semi-orientals or woody ambers and fougères for men through the rest of his career, but like with Antaeus, he really let the horses out of the stables with Coco, and it's wonderful; ravishing even. Time has taken its toll on some of the animalic heft in more recent batches of Coco, but all versions are still the strident "don't mess with my success" 80's estrogen bomb as intended, so go easy on the trigger when testing or wearing. Thumbs up!

comfypants
Show all reviews by comfypants
I wore this in the 90s when it was rich, deep, and peppery. I sniffed it yesterday for the first time in 20 years and nearly gagged. All I got was Dr. Pepper soda pop and Johnsons Baby Powder.
#213935
E
EmilySnow
Show all reviews by EmilySnow
Chanel Coco is the powerful business women. There are only a couple of people in the world on her level. She is the definition of command and control. In a field full of obnoxious, arrogant, ego centric people dominated by men and women alike, she is the only one who is of her kind. Gentle yet firm. Dressed in an obsidian Parisian chiffon clad flowy A-line dress imported from France, her long bare neck is embellished with a single Cartier diamond pendent, tiny dangly crystal encrusted drop earrings are adorning her ear lobes, shimmering under the glittering chandelier whenever she moves, she is dangerous but also elegant and has grace like no other. Her hair is luscious and smells intoxicating. However, get on her wrong side and you will see just how much power she truly has. She is a force to be reckoned with. She is not an employee but more of an employer. Executive of a Fortunes 500 Company, she does not play around. Having one assistant wont cut it when helping Coco run her enlarged empire, thats why her 3 assistants, Coco Noir, Allure EDP and Chance EDP are always present and ready. Ready to take on the world and accomplish whatever that needs to be accomplished. Even attending parties. Coco knows when to work and when to party and she wont deny her assistants the opportunity to strengthen business ties and have fun while doing so.

This is what I envision everytime I smell coco edp

Add your review of Coco Members who own Coco