About Chrome by Azzaro

Chrome by Loris Azzaro is a popular fresh citrus scent, launched in 1996.

Where to buy Chrome 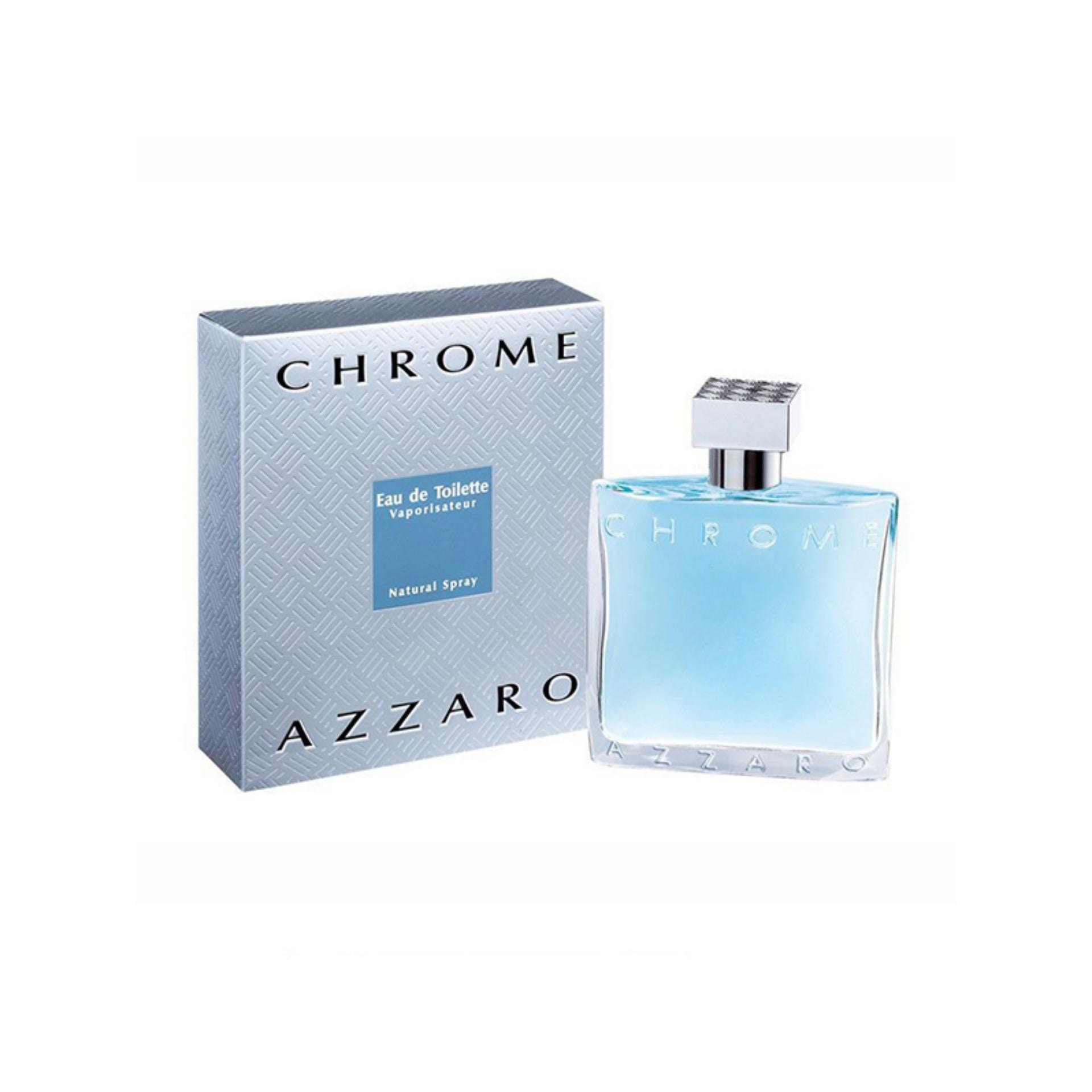 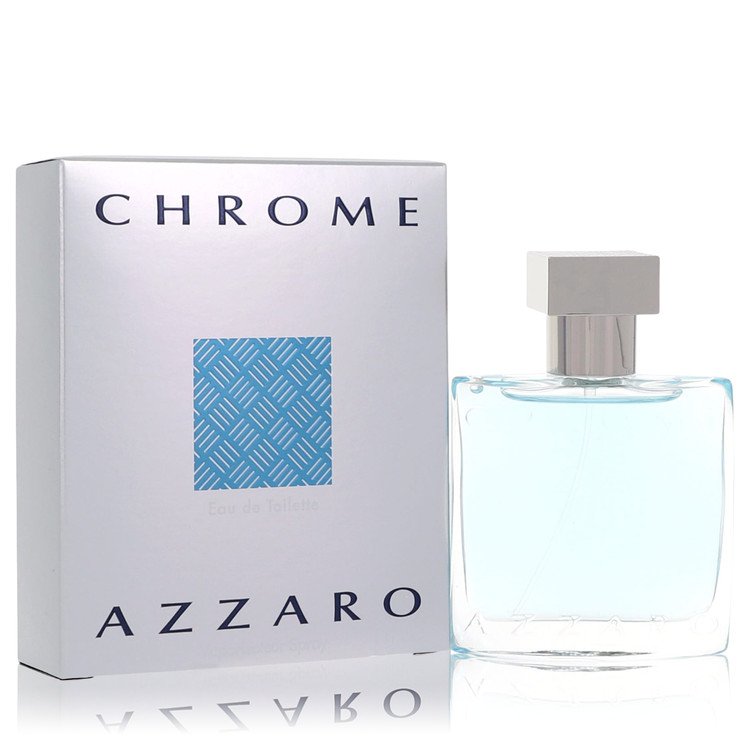 Chrome on eBay (Chrome by Azzaro)

Reviews of Chrome by Azzaro

There are 216 reviews of Chrome by Azzaro.

Varanis Ridari
Show all reviews by Varanis Ridari
Azzaro Chrome (1996) is the best-selling Azzaro masculine fragrance of all time, even if the original Azzaro pour Homme (1978) holds the title of best-seller in Europe, and is arguably far more iconic from a historical perspective. Azzaro Chrome was also just the right kind of fragrance to revive interest in the brand from young men in the 90's, who shrugged off Azzaro pour Homme as dated along with its original intense flanker released in 1992. The extremely artful and genderbendy Azzaro Acteur (1989) was also a commercial disaster, despite being a low-key masterpiece of jammy Turkish rose and leather chypre that would only be appreciated by collectors decades after it's arrival, so Azzaro had nothing relevant to offer until Chrome came along. The secret here was to deliver clean and fresh modernity with a heavy amount of synthetic abstraction as was fashionable in the 90's, and to deliver it without the heavy-handed wall of sillage that 70's and 80's fragrances became notorious for to the youth of the day, but also to be strong enough to stand out amidst dozens of competitors trying to do the same thing. Enter one Gerard Haury, a perfumer who worked with Harrmann & Reimer (now Symrise) and who was a master perfumer often going uncredited, no doubt because he likely worked for a lot of large-scale ignominious clients like then Azzaro owner Clarins, who probably had him perfume most of their many costmetic lines. Gerard is only known for Chrome, and being the father of Raphael Haury, who also did work for Clarins and Azzaro. His work in Chrome is deceptively simple at first glance, especially since everyone from Avon to Xerjoff abuses his techniques here, but leads to a comfortable clean that isn't your average blue fragrance.

In some ways, Gerard couldn't have picked a better fragrance to be his sole credit, as Chrome is quite literally the epitome of white linen shirt fragrances for men. The basic theme of Azzaro Chrome is as an aquatic white floral woody musk, crossing the streams between scents like the original Nautica (1992), Calvin Klein cK One (1994), and Bulgari pour Homme (1995). Chrome is also more of a men's floral fragrance than it lets on, which is kinda fun. The opening is fresh, clean and uplifting with neroli, lemon, rosemary, aquatic notes, and a huge dose of benzyl acetates for a massive synthetic floral rush. The latter is rather common in most floral fragrance now, and often gets cited as such by people who have knowledge of perfumery, but back when Chrome came out, cranking it up this high as a top note was uncommon in a Western man's fragrance. Similarities to ck One abound as another smash of hedione joins these acetates in the heart, pushed and pulled around by lucid notes of jasmine and a very light cyclamen joined by a dusty coriander. Chrome deviates from cK One and Bvlgari pour Homme in that it doesn't rely just on white musks and an ethereal tea note, but moves into that ultimate "white shirt" territory with green cardamom and the crispness of a wood note with a sliver of oakmoss, which when pressed against those clean laundry musks give the impression of washed linens starched after drying. Azzaro lists rosewood, sandalwood, and cedar as the wood notes responsible, but it's all too synthetic to really be sure, although I can recognize the tonka which lends that tea-like leafy hay facet. Wear time is good enough for a work day at over eight hours, with earlier bottles having marginally better projection thanks to real oakmoss, while later bottles rely on evernyl and fall a bit flatter sooner, like newer bottles of Azzaro pour Homme. Best use is pretty much year around.

Azzaro Chrome is perfectly well-composed, but also perhaps perfectly boring, as are many top-sellers from the "beige age" that is the 1990's for men's fragrance. What really separates Chrome from the competition is that bite in the base mixed with the massive clean floral rush in the top, as dozens of masculine scents had huge doses of linalool and limonene, dihydromyrcenol, and other clean shiny synthetics by that point thanks to pioneers like Calvin Klein and Davidoff, but not really a massive floral push. Chrome would end up with both a ton of flankers (just like Azzaro pour Homme) and a ton of use, but one thing it got that Azzaro pour Homme didn't is placement in just about every store that sells fragrance from Macy's to Wal-Mart. This extra push of ubiquity does patina the "chrome" of the scent's prestige in ways that Azzaro pour Homme has not had to suffer in the public eye, but like with Liz Claibrone Curve for Men (1996), that hasn't seemed to have tarnished people's disposition towards it outside the sometimes "over-scrupled" online fragrance community. Honestly, if you're getting poo-pooed by snobs that claim your fragrance sucks because too many people like it (and therefore must be only for "common" undeveloped tastes), you're likely doing something more right than you realize. My only bone to pick with Chrome is the sometimes itchy powderiness it leaves behind late in the drydown, something it shares with Versace Blue Jeans (1994), but both fragrances seem to have toned that down in later formulations so it's a non-issue for me now. In short, Azzaro Chrome may not be very exciting or unique, but when you just want to smell good and not fuss about it, you can't go wrong. Thumbs up.

vipersinthefield
Show all reviews by vipersinthefield
I get an opening of sharp and fresh bitter orange and a cool and powdery soap. This comes off as very clean and slightly metallic. Following with that a "blue floral" note which must be the hedione. The ivy and lichen comes on kind of strong at first then lightens. Just a little bit of musk in the finish from that "transparent musk" to keep from thickening and taking over the style of Chrome.

Chrome is a good fragrance in certain ways. I think this always smelled very uplifting right after a hot shower and keeps that cool/clean/metallic freshness throughout the day. Even though it's very out of season for winter it adds a pleasing zing to the cold, biting, wind on a snowy day.

rbaker
Show all reviews by rbaker
The opening notes are orange and bergamot, both drenched in a aquatic-like note; all a bit thin with a slightly metallic undertone.

The drydown has some green moments, and towards the base a nonspecific woodsy impression moves into the foreground, with white musks added in at times.

I get moderate sillage, adequate projection and seven hours of longevity on my skin.

A light summery creation that is characterised by somewhat pale and anaemic notes that are too generic to convince. 2.5/5.

#220808
G
Gambrel33
Show all reviews by Gambrel33
There is honestly nothing not to like about Chrome. It is absolutely lovely on a hot summer day and works just as well on colder days. Out of all the frags I own, every single time i wear chrome regardless of where im at i get compliments from any female that is around. A must own in my opinion especially for the price!
#218523

mistersurgery
Show all reviews by mistersurgery
Chrome by Azzaro is a totally synthetic melange of scents that, in their presentation, have no reference points in nature. Chrome and cK One (1994) are siblings, but not siblings in the sense of being human siblings. They're more like siblings along the lines of the Agents in the "The Matrix."
You don't smell Chrome and picture some perfumer, hunched over their old, wooden desk with small vials of essential oils splayed about, working their alchemy while a lone candle burns to provide them their light to work. No, no, no...this was made in a lab that's all stainless steel (dare I say...chrome?), porcelain, and fluorescent lighting, by a person dressed in the gear that HazMat workers use to clean up chemical spills.

Now, that may sound like I'm trashing Chrome, but I'm not. In fact, I very much like Chrome in the way that I like cK One. I like the fact that this is a chemical mess, and I like the fact that it smells manufactured. The "transparent musks," whatever the hell they are, and the hedione produce a clean, soapy (more detergent-like than soapy, to be precise), metallic scent that is fun to wear. It projects well for a little while, but its sillage and longevity are rather ephemeral, so this won't be with you all day long, which may be a good thing, depending on your opinion of this fragrance.

This scent, like cK One, is like Taco Bell to me. It's not something that I will reach for with any regular occurrence, and it's more of a guilty pleasure than anything else. Certainly not something that I would want to be viewed as being regularly associated with. But I tell you, every once in a while a bean burrito seems to scratch that itch that shows up, and that will be when you'll find me waiting in line at the drive-thru, possibly wearing Chrome while trying to decide if I want to add a soft taco to my order. Thumbs up.

Add your review of Chrome Members who own Chrome