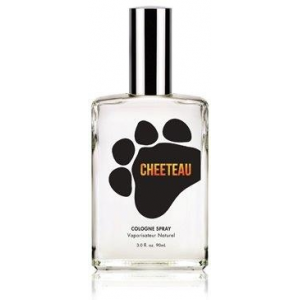 Created as a promotional item for the Cheetos brand. The fragrance was launched on April 1st 2014 and was given away as part of a competition on Twitter.

Reviews of Cheeteau by Cheetos

There are 1 reviews of Cheeteau by Cheetos.

Cheese and perfume mean
Sex in the grocery store
Near deli and breads.

Let the temptation
Of asiago bagels
Not come between us.

This is an interesting cheesy, bready gourmand that smells strikingly similar to, but not exactly like, the various Cheetos products that you may know and love. On skin, the cheese notes build and then decay in a few hours, leaving a mostly bready gourmand that surprisingly gets into non-scrubber territory. There are touches of feminine and unisex gourmands (citrus, ethyl maltol, standard basenotes) which are just restrained enough to let the cheesy and bready gourmand notes keep center stage. I was even reminded of Jeux de Peau, just a wee bit, toward the end of the main projection, before it went to a skin scent.

This review is for an 8-year-old "vintage" bottle from April 1, 2014, in excellent condition, and relatively unchanged from the initial sniff. For a fuller and more humorous review, including links to various media and marketing articles about the fragrance and its PR success, see https://cologniac.wordpress.com/2022/03/31/sniff-the-paw-an-eighth-anniversary-examination-of-vintage-cheeteau/
#257235

Add your review of Cheeteau

Other perfumes by Cheetos 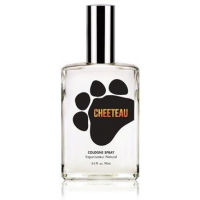 No members currently have Cheeteau on their wishlist.