About Cap d'Antibes by Eight & Bob

Where to buy Cap d'Antibes 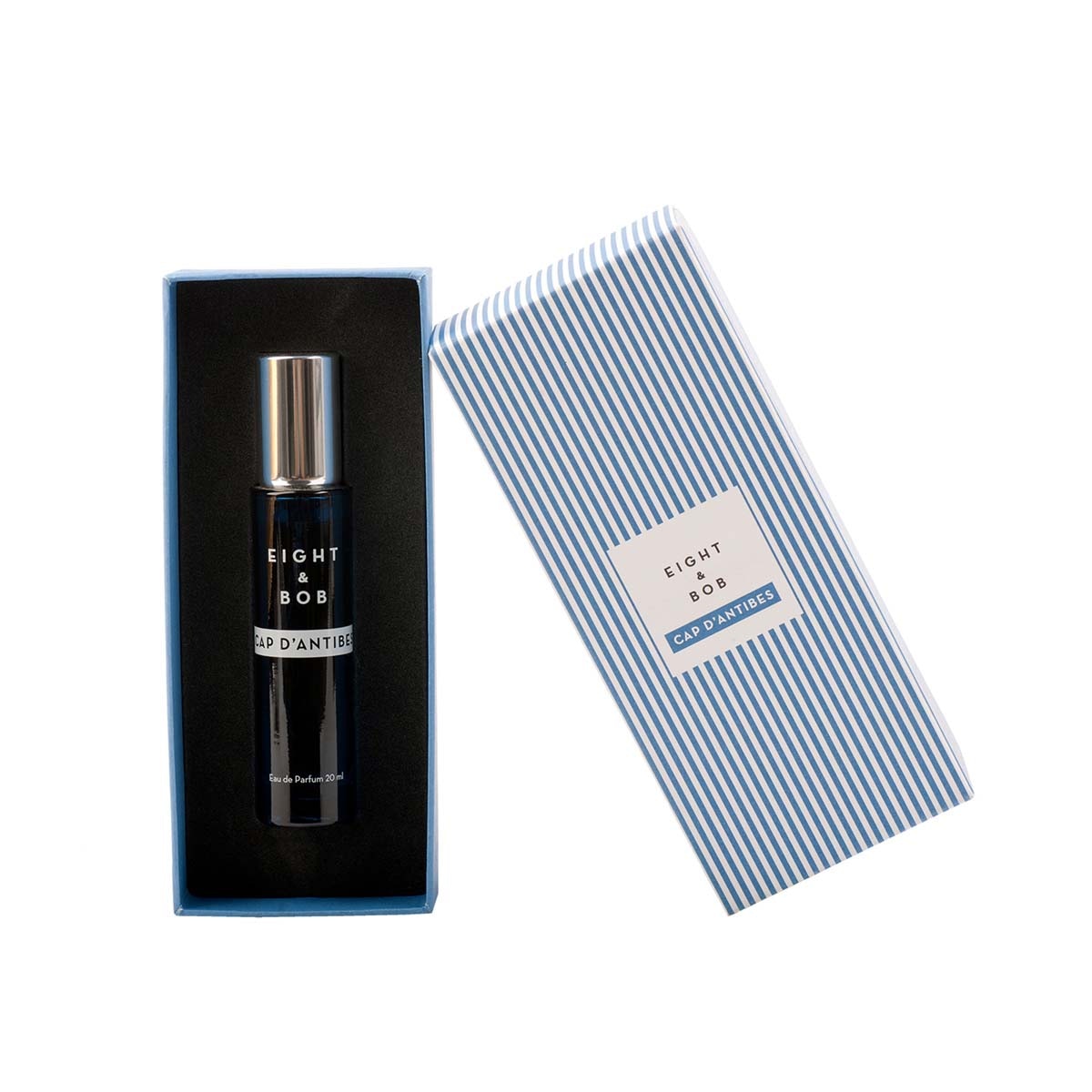 There are 7 reviews of Cap d'Antibes by Eight & Bob.

Constantine
Show all reviews by Constantine
If you want to smell of smoky peppery mandarin then this is it and its done very well indeed. It's fresher the further you are away and gets darker with increasing nasal proximity. I personally don't.

Kaern
Show all reviews by Kaern
Another fragrance for summer. Marine 'freshies' are probably my least favourite genre and I don't like many of them.

But Cap d'Antibes really rocks and rolls when first sprayed -- a sort of amped up Mugler Cologne - brilliant.

It then takes on a lovely subtle greenness intertwined with a salty aspect laced with herbs -- the brine doesn't dominate at all which is very clever imo.

Maybe a little underpowered for me but still a lovely surprise and the best fragrance Eight and Bob have created imo.

psebi101
Show all reviews by psebi101
Punchy violet leaf with a subtle leathery petroleum note, reminds me of Fahrenheit, while the green/bitter part mixed with the violet leaf brings memories of GIT. Half an hour in and the cinnamon starts to show some kick which now sends me to a niche version of 1 million. I guess it lack originality, but it's nice overall.
#206996

landshark321
Show all reviews by landshark321
Eight & Bob Cap D'Antibes is an interesting creation, certainly marketed as a marine scent and immediately embodying a green aspect with the opening of violet and mint, and addition of moss and woody notes in the dry down. Much of this early part of the formula reminds me of Creed Green Irish Tweed, perhaps the archetype for fresh, mossy, green fragrances for a few decades.

Cap's most notable notable departure from GIT is in the dry down, where it mixes in vanilla and becomes a little more of a year-round scent as opposed to a fresh-leaning marine scent. Frankly, though, Cap is pretty dense throughout. Even during its sharp burst at the opening where the violet especially takes a choke-hold of the experience, it does not feel so airy.

Cap, like the original Eight and Bob, is priced fairly ($175 for 100ml, $50 for 20ml), as it's innovative, versatile, and strong-performing, particularly for its rather fresh, warm-weather-leaning genre.

I would still give the original the edge of Cap D'Antibes, mainly as the original is less acerbic throughout, while Cap, even after softening into a sweeter vanillic experience in the dry down, still retains a certain bite that I find a little less inviting that much of the original. Still, Cap defies blue/green norms and achieves something special, and it's no surprise to me that it appears to be a very popular entry in the line.

Kaizen1972
Show all reviews by Kaizen1972
Cap d'Antibes from Eight & Bob is one of the few masculine only scents from the company (other than the original namesake). It starts out with a strong minty deluge, settling down within a couple of minutes into a mossy quality that is not too different from the mint. Violet leaf is barely discernible, slightly accented by a moderate sprinkle of cinnamon and a slice of birch bark. Cedar appears as a strong support role, lacking the sharp pungent woodiness of Hanae Mori's HiM or even Creed's Royal Oud (trust me, same effect) but opting for a lighter, "thinner" wall holding the scent together.

There is a "green" quality in Cap d'Antibes that appears to reflect the experiences of the creator, Albert Fouquet, way back in his visits to the French Riviera in the early 20th century. That greenness is a peppery-vegetal quality that seems to evoke the exotic beauty of that part of the world, thanks esp. in part to the mysterious aromatic notes in the heart. Incense does appear in the midst of the fragrance after about 10 minutes in a supportive role; vanilla is dark and dense, not bright as in typical formulations (cf. Comptoir Sud Pacifique's ladies perfume, Vanille Amber, is bright and "shiny" vanilla in contrast).

I can't quite place which, but Cap d'Antibes does remind me of other "green" aromatic scents that are out there. It's an exploratory sensation evoking reflection vs. a blood-and-guts scent to haphazardly splash / spritz on yourself with little thought. I like this EdP, though I don't think it'd be one of the first that I'd wear.

speedracer
Show all reviews by speedracer
It's okay, but something in the opening and even into the drydown reminds me of the note in CK Escape or maybe even Pulp. Some kind of old fruit smell. It's not loud or anything but it's always there.

Projection is good for the first 3-4 hours. Then it gets close to skin. Lasts about half the workday.
#193921
Show more reviews of Cap d'Antibes...

Add your review of Cap d'Antibes No members currently have Cap d'Antibes on their wishlist.

Members who own Cap d'Antibes

No results found. Search for Cap d'Antibes by Eight & Bob on the Basenotes forums.
Top