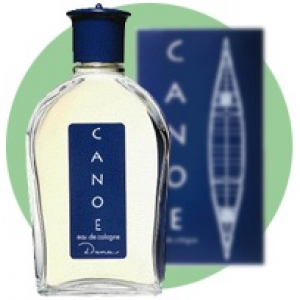 Add your review of Canoé

Reviews of Canoé by Dana

vipersinthefield
Show all reviews by vipersinthefield
This fragrance smells like it has a base of barbershop talc powder, musk, and citrus...really similar to Clubman by Pinaud. It gets a little nasty by adding a lot of vanilla, anise, and a semi mossy/semi herbal note.

The result by Canoe is a powdery scent that's masculine, but just a mess. Shortly lived clean and powdery shifting into an abrasive result. It's too sweet on vanilla and the musk/anise combo comes off as skanky and harsh...too much of certain notes. Jade East is really similar to Canoe but comes off as a smoother design.

zoghbi
Show all reviews by zoghbi
Two notes. Very Linear.
Baby powder and cotton candy.
Of all the fine fragrances that have been discontinued, this one is still alive?
Crap.
#147066

DutchSchwag
Show all reviews by DutchSchwag
One of the few colognes out there so cheaply manufactured and packaged that it is simply overwhelming in even moderate doses because the patchouli is so suffocating. Yes, this is a classic and yes a true groundbreaking original historically speaking, but the scent itself induces headaches and depends far too much on powder and floral accents. The longevity of this frag is outstanding, but you may need to build up some sort of immunity in order to tolerate the actual scent. Although it certainly maintains some dignity as a masculine scent despite being a powder keg, this one should be taken in very small doses and only on occasion, and never on special occasions for that matter.

This is a femme repellent for any woman under 40, be warned. But she's still an old dame with a graceful history and for its sheer historical significance and extreme affordability it is essential inhaling material.
#83073

Late-Hit
Show all reviews by Late-Hit
I don't know what it is, but I've never smelled a bottle of Canoe that I liked. Something in the formulation always strikes me as coarse and unpleasant.... not even the vintage versions make me want to like it. Thumbs down.
#66538
T
Thebigstinque
Show all reviews by Thebigstinque
Way back, when Christ was a corporal, this scent changed my life  no joke.

I was downtown with a buddy to meet up with 2 hot girls for a (first) double date. Me in a cool shirt I'd scrimped to buy, my best slacks, all washed, waxed and detailed, sitting on a bench with my buddy waiting for the girls, fashionably late, but, hey, they're girls…

Buddy is coming back with 2 coffees to drink while we wait. 2 gigolos walk by (I learned later. If you asked me then what a gigolo was, I'd have said a fishing lure) wearing Canoe - apparently, low-end gigolos. I don't care for the smell. I say nothing but think what kind of pussy would wear THAT!?. I fan the air under my nose with my hand. Apparently fanning offends gigolos. Both fancy gents start towards me. This no-account hood rat had earned himself a beating sho' nuff.

These clowns must have had a choreographer! They come at me single file. I feel like Bruce friggin' Lee! I kick the first one in the plums, and as soon as he assumes the foetal position on the ground I crank the second one in the nose. No. 2 won't need scent of any kind for a while because his nose is now on the side of his face. Buddy's watching, sipping his coffee thoughtfully and waiting for the plot to thicken but I'm prepared to consider the matter settled.

That is, until I notice that No. 2 has gone and bled on my special shirt. I go nuts, feed him a few more, until buddy suggests either I call it an evening or risk some badinage with the police. Now my shirt is a sorry mess. Gigolos stumble off and girls arrive a minute later. Mine says You show up for a date like that!!?? Did you just get off shift at the abattoir? Forget it!!! and stomps off.

It must have been my day; I should have bought a lottery ticket. Last I heard, my girl winds up with 2 kids and a guy who beats her. I wind up much better. Canoe? I still don't care for the stuff, but keep a bottle and take a whiff every now and then to remember how things might have turned out. Sometimes the smell of a scent is the least of it.

I later learned that otherwise perfectly good dudes wear Canoe. Ed. Pinaud's 10-bucks-per-liter Clubman Special Reserve aftershave smells much the same only it's about 100 times more concentrated, if you really want to piss someone off.

AnimaSola
Show all reviews by AnimaSola
I had a bottle of Canoe a long time ago, but I don't remember ever wearing it. I remember Canoe as a quiet fragrance at best, mediocre and nondescript at worst. Like a wallflower with a tenuous personality. I think of the dustiest shelf in the dingiest drugstore when I hear the name Canoe. A very sad little scent with hardly any distinction. I have pity for this one. Pardon me, I am about to cry.
#61057

Kahuna Cowboy
Show all reviews by Kahuna Cowboy
God I hate this stuff, it's like the Christmas fruit cake, no one wants it as a gift and it in a lot of cases it gets re-gifted to someone else you know who did not rate time or effort to really shop for. This stuff is so artificial it actually makes me sick.
#39760

LuciusVorenus
Show all reviews by LuciusVorenus
This is an awful perfume. It is very artificial, like one of those awful medications that your grandma gave you when you were a kid.I want to get rid of my bottle.
#50010 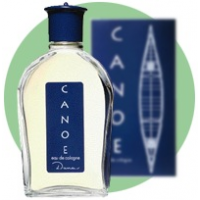