About Burberry Body by Burberry

Where to buy Burberry Body 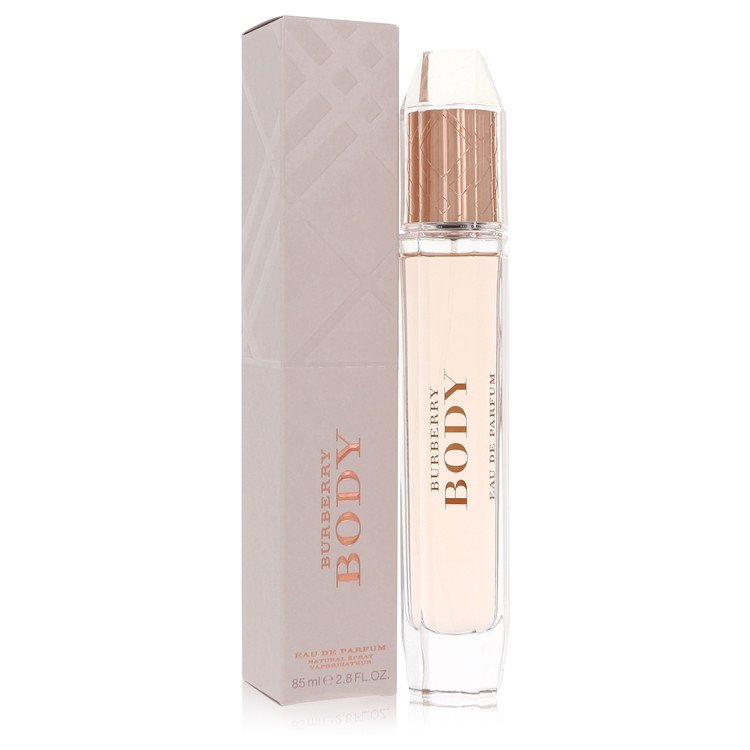 Reviews of Burberry Body by Burberry

There are 21 reviews of Burberry Body by Burberry.

zerofox
Show all reviews by zerofox
Discharged two rounds of 2 ml one right after the other. Five minutes of light, airy fresh mist then nothing. Lets consider that I am a habitual meek undersprayer by nature so two vials of juice is near mouth-frothing barbarism. Maybe it smelled nice? It was over before it started but looking at the others Im assuming its normally quite wearable. No harm no foul for free samples.
#245173

I thought I would definitely find some sort of apple note on the fragrance pyramid. It was so clear! But no, the pyramid says peach.

I did not expect to like this. I was annoyed with it before I even tried it, because it's one of those ubiquitous "free samples" that I intend to get around to, but never actually do. Time passes. Guilt increases. The samples multiply... I think they breed.

So with the odds stacked against it, I sprayed it on my wrist. It immediately brought a smile to my face. It smells a bit like YSL's Paris.

It doesn't have much projection. It's lovely and fresh, but you need to get right up to it to smell it. This was the EDT version though, so try the EDP or the Intense version if you want something bigger.

misscasey
Show all reviews by misscasey
A clean, yet lightly sweet, feminine fruity floral. Reminds me a lot of Burberry Weekend which I also like. I like Burberry's fresher scents. I would say Body and Weekend are my favorite female Burberry scents that I have tried. A great daytime scent! I get an impression of pear and softly sweet florals with a clean, happy feel. Nothing particularly interesting or intriguing to me, but nonetheless very pleasant. I would not personally spend money on this one, but I would wear it as a gift, sample, etc. If you like Burberry Weekend you would likely like this one and vice versa.
#229540
Q
QuyneMusic
Show all reviews by QuyneMusic
Honestly, I think I may have received a bad bottle because it smelled like it had been on the shelf too long and not quite as fresh. It didn't last very long on me and was a very subtle body scent. The peach was extremely subtle and I was hoping for more tartness. It's more of an intimate scent than anything else.
#217694

thekelleybelle
Show all reviews by thekelleybelle
Burberry Body is an utter delight. In fact, it may be on its way to becoming my signature daytime scent.

This hit the market two years prior to Joy Forever, and they are so similar that one could easily be mistaken as a flanker of the other. In JF, the galbanum keeps the peach from getting overly ripe and really holds the composition together. In BB, the wormwood takes on that same role.

BB sparkles from the first spray and takes it's sweet time to fizzle down to its mid and base notes after about 3 hours (Redneck Perfumisto's "spicy sparks" is quite an apt description). A magic wand, indeed.

EDIT: I have samples of both the EdT and the EdP, and the EdP is where the magic is. The EdT has an added apple note that somehow takes away the sparkle (even though I usually appreciate a good apple note).

EDIT #2: Apparently I had a sample of the EdP Intense, so THAT is where the magic is. ¯\_(ツ)_/¯ I have a bottle of the Intense version on the way and will use my last edit to let you know if the magic is lost. If you don't hear back from me, that's a good sign.

Tempts even the boys
To pick up the crystal rod
And see if it works.

But never quite there
Cool, calm, professional yet
Still quite feminine.

Add your review of Burberry Body Members who own Burberry Body

Search for Burberry Body by Burberry on the Basenotes forums.
Top