About Brut by Fabergé

Where to buy Brut 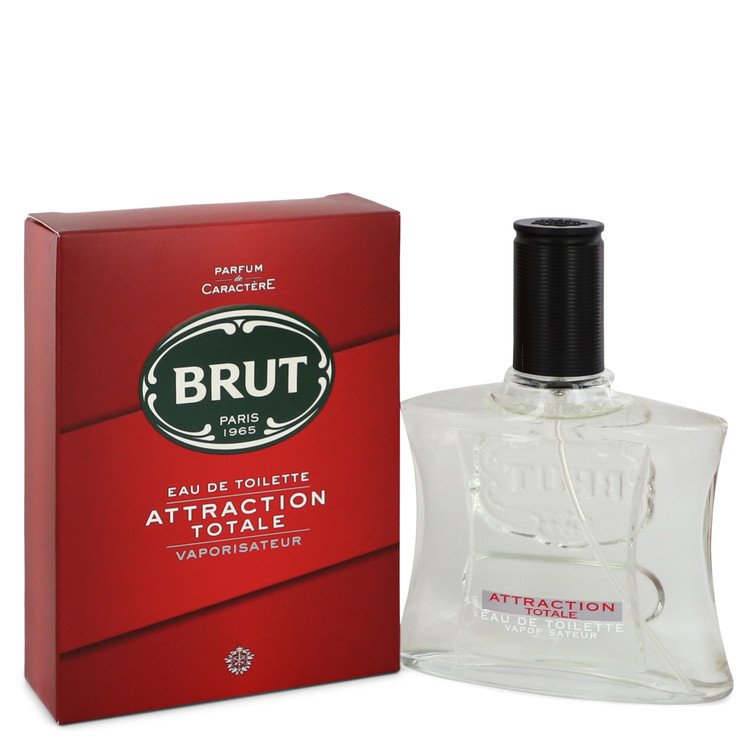 Brut on eBay (Brut by Fabergé)

Reviews of Brut by Fabergé

There are 100 reviews of Brut by Fabergé.

Mr Baboo
Show all reviews by Mr Baboo
I used to advise that every guy should have a bottle of Brut cologne in their collection. The Brut manufactured today for the North American market is crap and cheap. It no longer has the dry down of Brut from the Unilever or Cheseborough-Ponds days. The latest dries down to a heavy black licorice mess.

If you get the chance to try out Brut Original, the Parfum Prestige product still manufactured by Unilever in the UK for Europe, you should. It is way more subtle than the North American Brut ever was, but that was by design. It is a refreshing change and dries down to the sandalwood-oak moss beauty that I liked so much with Brut.

aquila_2009
Show all reviews by aquila_2009
The beginning of the fragrance is like a calm western landscape with trees,mountains and wild flowers with a cowboy who puts his gun in its leather cover. Lavender,anise,oakmoss and vetiver continue to make this western more classic with a character who emmotionally and spiritually,he lives in a cold land,but he has the traces of silent and unspoken love.He is very stubborn in expressing love and affection in the face of vanilla and tonka bean and the sweetness that the two inject into him.he suffices with a simple thank you.he rarely uses this word because this mysterious man's motto is that no one is kind to human beings for no reason,which is why the sweetness of perfume disappears very quickly.

Such a great scent.It reminds me of my dad.this really is the epitome of a man's fragrance,the classic barbershop fougere.and one of the top aromatic fougere of all time.the opening is nothing special,but when the lavender and oakmoss start to appears and followed by the rest, i start to change my mind.it is neither clean or dirty,it's both, and that's what makes Brut interesting.it's captivating,yet never steals the limelight from the wearer.self-confidence is a must-have if you choose to wear this devastatingly alluring perfume.The longevity and sillage are both very high quality.

#241124
D
dreese
Show all reviews by dreese
This stuff is and has always been disgusting. If someone gives you this, they don't like you.
#237980

BRUT, then still with the addition of FABERGÉ, has undergone an enormous change since 2007. When you consider that BRUT was once the most successful perfume brand - in terms of sales - with its perfume by-products in the 1970s and 1980s in the USA?

But it all began with perfume when a US businessman bought Carl Fabergé's two sons - Alexander and Eugene - the right to use the name Fabergé for cosmetics just for US $ 25,000.

This perfume company, called Fabergé Inc., changed hands several times over the next few decades until it finally ended up with the Dutch-British conglomerate Unilever.

Unilever had acquired the perfume brand with all its rights, then in 1989 for 1.55 billion US dollars , where it remained as Lever Fabergé until the end of 2006 .

In January 2007, a Russian oligarch acquired all Fabergé naming rights and the associated licenses through his investment group based on the Cayman Islands from Unilever - for an undisclosed purchase price. This in order to revive the manufacture and sale of Fabergé jewelry with the old, well-known historic name.

However, another Russian oligarch runs a museum in Baden-Baden called the "Fabergé Museum". He may continue to use this designation - after a court ruling.

The BRUT perfume itself, plus by-products such as deodorants or soaps etc., was no longer allowed to carry the addition Fabergé on packs and bottles.

Today the fragrance is then sold under the name "BRUT Parfums Prestige" and this continues as a Unilever subsidiary.

My comment on BRUT myself.
As a young guy in the late 1970s, the scent was something I didn't like at all. Somehow too bombastic, overloaded with x undefinable components for me. At that time things started slowly with the launch of many new men's fragrances - pushed by the disco wave of the time, especially by Travolta's world movie hit "Saturday Night Fever". In short, BRUT was simply Bäääh!

At that time people turned to other fragrances, such as new items from Etienne Aigner, Bogart, Azzaro or Lagerfelds Classic, to name just a few. BRUT was quickly forgotten by me. And it stayed that way - until now in 2020!

By chance (as a small present!) I got a new original bottle, as it is apparently sold today.
There was a certain skepticism, because the umpteenth brain drawer of mine still had the scent memory from the 1970s.
I also experience a certain change in smell over the decades. Fragrances or aromas that I liked in the past are no longer liked today, or only to a limited extent.

Perhaps because there were certain adjustments to the recipe, i.e. the original fragrance dominance has been toned down today, who knows?

The fact is, I like the fragrance very much because it is no longer as overwhelmingly present as it was back then, but more subtle - that is, it is softer. But I am unable to determine which component is responsible.

All in all, the sillage is quite strong, depending on how much you spray. What is striking, however, is the durability, which can be described as strong over a period of around eight hours.
In short, it will continue to be used by me!

Jack Hunter
Show all reviews by Jack Hunter
I thought I would pick the Special Reserve version for pure nostalgic reasons. It's been twenty five years since I smelled this fragrance. I used to borrow my dads Brut as a teenager so this was trip down memory lane.

It opens up with lemon, lavender with anise and powder. It has a bit of citrus but it seems a lot weaker than the old vintage. More rougher and powdery and not as smooth and strong as I remember. It's like they have stripped it down and added extra powder, that strong green spicy citrus seems to have vanished. I would call this Brut triple extra lite. They have neutered the scent and cut off it's cojones.

The bottle looks fun and macho but don't let it deceive you, it's macho days are far gone. Now it's a Sunday morning after a shower cologne when you want to read your paper in your slippers with a nice cup of coffee. Brut R.I.P I will miss the guy you once were, time to retire once and for all.
#227083
Show more reviews of Brut...

Add your review of Brut

Other perfumes by Fabergé Other perfumes launched in 1964 No members currently have Brut on their wishlist.

Members who own Brut