About Bowmakers by D.S. & Durga 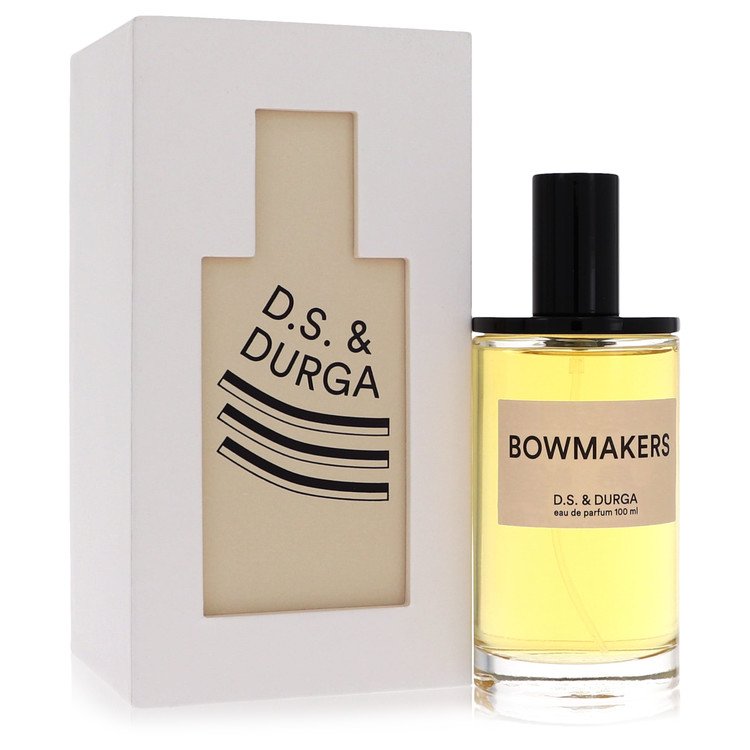 Reviews of Bowmakers by D.S. & Durga

There are 11 reviews of Bowmakers by D.S. & Durga.

Brooks Otterlake
Show all reviews by Brooks Otterlake
An exquisite, slightly boozy, cedar scent with that "rustic" air that defines the house. If you're looking for a "niche" cedar, you can't do much better.
#247345

Funwithfrags
Show all reviews by Funwithfrags
Oh, this is good, and really rather clever at the same time. The effect is one of woods - planks, cuttings, shavings - but also an effective "varnish" accord, made up of various fresh components. Add to that the rosin/resin accord, and you have yourselves not only a superb account of woods and aromatics, but a "variation on a very real theme". From the sound of it, complete ignorance of the marketing on my part is worth it.

Tried on skin and paper at Liberties of London.

Kitty2Shoes
Show all reviews by Kitty2Shoes
Nothing like a luthier's studio. Cypress, cedar, and mahogany have no place. If the attempt was to represent the 'American Pioneer' workshop of any type, one would be hard-pressed to find cedar in America during that time period; mahogany grows in Southern Florida but primarily Mexico down to Brazil; and cypress is native to part of Southern America to California, but would not be a common wood to use on the pioneer front. Bowmakers does have some redeeming qualities as the wood notes are true to form and the rosin note is close enough. I don't dislike it, but completely disappointed in the selling point.

I have to call out the utter bs of the marketing and fantasy background. Early Americans imported almost all their instruments from Europe up until the late 18th century. A few pockets of string makers in select communities did exist (German Moravians of Pennsylvania) the earliest noted from 1750, but at the time almost all the wood and supplies were imported from Europe. It was a middle/merchant class instrument during this time. It wasn't until the very late 18th century, when music in the homes started to play a larger role, did violin making done in America start to take off.

Early patterns for stringed instruments started to take off in 1890 from imported German and French 'trade fiddles'. The time period that D.S. & Durga claims in their fantasy write up (1760-1850) for 'an astonishing time capsule evocation of violin and bow making workshops in 18th century American pioneer towns' is complete made-up fantasy. While I'm not discounting a few fiddles might have been made here and there from craftsmen who also made wagon wheels, regular furniture, or other crafts, the whole premise for the naming convention of Bowmakers is preposterous.

Early and modern day violins are made from spruce, maple, willow, pines, and the bows primarily from pernambuco and brazilwood. Horsehair is required for the bow and the resin is made from pines/conifers and some recipes from over 100 different types of fir trees. There is a reason these types of wood are utilized and not others.

HouseOfPhlegethon
Show all reviews by HouseOfPhlegethon
Well, this certainly smells of the listed notes. Very artistic. Very real. Varnish, indeed. Brings forth memories of the observed endeavors of friends or relatives furniture-refurbishing projects. The top is very fizzy and kind of "carbonated", like rising bubbles of some dark elixir. The wood notes are very deep. There is a distant freshness, in the background.

The varnish vibe subsides a bit as the middle notes appear. It still remains effervescent and woody, with a bubbly addition of cypress. The resinous mood is calming, soothing. Cypress increases in time. The whole thing keeps its fresh, resinous, and woody allure throughout. The cedar smells "real". Later, a hint of earthy moss reveals itself, closer to the skin. Overall this is very well done and will make a marvelous scent for wood-lovers.

jujy54
Show all reviews by jujy54
I was a bassist in an orchestra, and this is as accurate a re-creation of the scent memory of my musical life as I can imagine, most especially the shop where I took my bow for rehairs and the bass for adjustments or repairs. Rosin, wood shavings, and old shop smell. I agree with janjanjan, too, it is "pencilly." In fact this is what Luckyscent sent me when I did their fragrance fitting. I said I loved pencil shavings, rosin, leather, and old cigar, and Bowmakers was their pick. I just might have to pony up and buy this, even as I have reservations about smelling like the inside of a violin case.

Update: I did buy it, altho in the pocket perfume oil form, which stays close to the skin and is even more evocative of my orchestra years. Both versions are wonderful. In EdP, I think a wonderful date scent.

rbaker
Show all reviews by rbaker
From the beginning there is incense, wood and a slightly balsamic hint. Maybe this is alluding to the violin-making art and craft. The incense is soft, rounded, has a very mild resin characteristic at times, is more contained that intrusive and, on my skin, is never a burning or smoking incense; nor is it a haughty ceremonial frankincense.

The woods include mahogany, whiffs of pine and, further in the drydown, a nice cedar impression that increasingly grows in structure in the base notes.

The sillage is moderate, the projection very good and the longevity nine hours.

A lovely wintery wood-incense-based creation composed of high-quality ingrendients that performs well. It is one of the rare incense-centred scents that is quite wearable in the office without exposing others to intrusive incense notes. 3.25/5.

Add your review of Bowmakers

Other perfumes by D.S. & Durga Search for Bowmakers by D.S. & Durga on the Basenotes forums.
Top