About Bonbon by Viktor & Rolf

Where to buy Bonbon 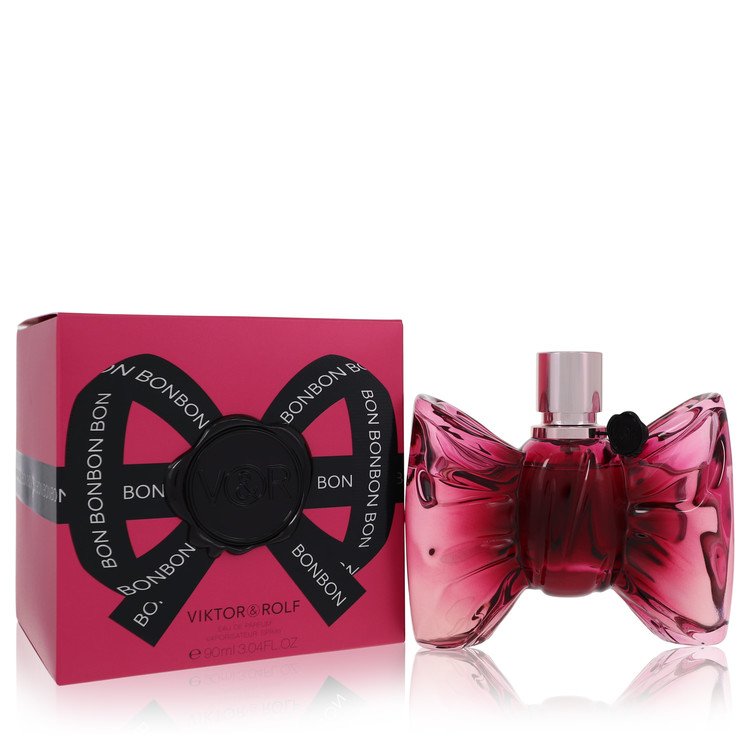 Reviews of Bonbon by Viktor & Rolf

There are 8 reviews of Bonbon by Viktor & Rolf.

Ashleyland
Show all reviews by Ashleyland
I bought this on a whim because I was craving a super sweet caramel. I barely even glanced at the notes list because I've seen so many reviews for this fragrance over the years on Youtube and various perfume discussions so I just "knew" that it would be a success and I didn't even feel the need to brush up on anything before purchasing a small bottle.

I kind of wish that I'd read more into it before purchasing because this really didn't satisfy my cravings in the way I had hoped, but it's still a pretty, sweet fragrance. I definitely get the caramel prominently but it's mixed with a very fruity smell. I would've guessed coconut- it's very coconutty on my skin. I now see that peach is a listed note, which luckily doesn't ruin this fragrance for me like it does in many designer fragrances, but it must be why I am getting this strange fruity smell with the caramel. It almost puts me off of this but then I smell the caramel and I tell myself that it's good enough to keep on... for now.

It's not my favorite caramel smell and I remembered in the middle of my insane craving binge that I do have a caramel scent that I like better than this (Viva La Juicy Gold) which also has fruity notes but in there it isn't right in the forefront with the caramel like it is in BonBon.

Since mine is the small bottle it's nothing to get too worked up about and worry about selling it off or giving it away, I'll keep this adorable bottle and spray it frequently (perhaps with my better caramel scents) to get rid of it, keep the cute little bow and never worry with repurchasing again. I wouldn't be recommending this to anyone asking for a prominent caramel scent like I've annoyingly seen on almost every single post where someone asks, but maybe it's different on other people who particularly do not have an aversion to peach. Again, it's not that bad in here but it's also not very great either. I'm slightly on the fence still so I'm giving this a neutral, but it will probably never become an absolute dislike either.

Longevity is moderate around 4-6 hours, but the sillage was actually surprisingly really good. It projected about the same amount of strength for the entire wear time, which isn't very common and is better than I expected, so there's another positive for this fragrance. It's nothing to scoff at, especially for someone who's looking for a sweet girly scent anyways, but I think there are better ones out there and probably for a more reasonable price, albeit it'd be hard to turn down the fabulous bottle!

#214441
J
JackTwist
Show all reviews by JackTwist
A fruity floral melange, beginning as yet another Angel flanker, but eventually corralled by the bitter and unpleasant combo of cedar and guaiac woods. In the middle we get orange, peach and caramel.

Remarkably common place, amazingly unimaginative and redundantly wearable. The teen-aged Lolitas of our generation might like it.

#189798
C
Cedarlea
Show all reviews by Cedarlea
I know it's just me here but this is one of those well blended perfumey scents where I have trouble picking out most of the notes and really just isn't my style. I know lots of you here will think this is a good thing.

What it does have is a beautiful syrupy carmel that blankets the perfumes scents. This could be a great gourmond for a classic chypre lover.

The other thing that I do have to say for it is that my partner really liked the drydown. He thought it smelled like chocolate and root beer -- and he almost never likes my scents. I thought it smelled closer to Hanae Mori's vanilla drydown, which is pleasant.

thediamondsea
Show all reviews by thediamondsea
You know . . . this kind of works, for about half an hour or maybe a little longer. if you can turn off the analysis it and just roll with it. Somehow Bonbon does not make you want to scub, heave, or run away; in fact, it very much compels you to keep smelling it. It must be the tangy-juicy-sweet accord in the top that smells delicious but not edible; the jasmine note at the center really pulls this all together.

This must have been tricky to get right. I suspect all the energy, cash and brains when into those top and middle notes, because after an hour or so, Bonbon loses the juiciness and fades into a standard-issue woody amber thing that quickly begins to smell like a headache coming on and depression setting in. Is that a case of Iso I feel coming on? Maybe . . . .

The drydown really is a bummer, because some serious skill went into getting the top of this little guy to work. It's really worthy of some kind of a finale instead of the usual fade to static.

babsbendix
Show all reviews by babsbendix
I used to work for a very snobby fashion company. My co-worker Lex (picture Amy Schumer) and I had days when the pressure and self-important humorlessness of the designer would really get to us, and our little subversive pleasure was the bottle of Jessica Simpson's Fancy that I had hidden in my desk drawer.
It would have been such an outre thing to our boss - to enjoy a sticky sweet Jessica Simpson fragrance! - but being high/low culture girls, we actually liked it, we weren't simply being rebellious 40-year-old teenagers.

So when I found a 3 oz. dented-but-sealed box of BonBon at a ridiculously discounted price under the broken eyeshadows and bottles of White Diamonds in Marshall's clearance, I knew it was there for me. Or Lex. See, BonBon is both high and low at the same time, a calibrated, well-executed, high-quality version of a celebutante scent, which is such a funny thing to be. It's seriously potent, but use it with restraint and you'll radiate a warm, sweet and woodsy sillage all day and have people buried in your neck. If it smells cheap to others when I wear it, apparently it's a good kind of cheap, for it gets them buzzing like bees!

It's a very different frag from Dior Addict - not floral/green caramel but peachy caramel - yet I associate the two, for the thick and enduring character of BonBon's sweet caramel drydown is comparable to that of the original (pre-reformulation) Addict.

I am absolutely essential and utterly irresistible.
I am the chic and very seductive!
I am a fruity and floral fragrance with an aphrodisiac character,which awakens the most unstoppable desire of a skin seduction.
I am a perfume with a delicate balance and a great harmony of notes is both delicious and divine,perfumed creation by VICTOR&ROLF!
I am BONBON!
i have nice sillage and great longevity on Aquila skin!

Add your review of Bonbon Members who own Bonbon

Bond No.9 'BonBon Samples' help- which color for which fragrance?

Search for Bonbon by Viktor & Rolf on the Basenotes forums.
Top