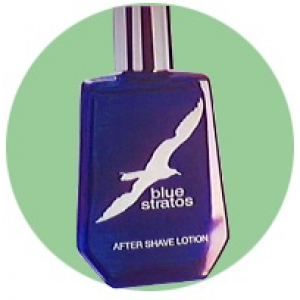 About Blue Stratos by Parfums Bleu

Now produced by Parfums Bleu in the UK. This popular fragrance was launched in 1975 by Shulton Inc., The creators of Old Spice.

There are 16 reviews of Blue Stratos by Parfums Bleu.

Varanis Ridari
Show all reviews by Varanis Ridari
Blue Stratos by Shulton (1976) came out as a really early forerunner in a concept that in the modern age, mean are all too familiar with: the "blue" fragrance. Alongside Avon Everest (1975), Blue Stratos was generic, nondescript freshness for the easygoing and uncaring male that wanted to smell put-together and nothing more. Unlike the later aquatics that would be ushered in post-1980's courtesy of Davidoff Cool Water (1988), Blue Stratos would just be an abstract with no anchor in reality, much like today's Bleu de Chanel (2010) and Versace pour Homme Dylan Blue (2017). Perhaps what's most interesting about this phenomenon was how short-lived it was in the 1970's, steamrolled by virile and baroque exercises in oakmoss, amber, synthetic tonkin musk, and leather, being posited by designers onto the market, and this "blue" concept never expanded upward or outward from the drugstore level. Designers never touched this theme, being instead content with their "brown" sauces that segued into "green" and animalic juices into the 80's. It was only when dihydromyrcenol changed the fougère game with Paco Rabanne pour Homme (1973), then Azzaro pour Homme (1978), and eventually in even larger doses with Drakkar Noir by Guy Laroche (1982), that abstract freshness returned to the minds of high-fashion perfumery. Meanwhile, Blue Stratos and it's mailorder older brother Avon Everest kicked around for a few years, and eventually Avon sorta aped Blue Stratos in part with Avon Lover Boy (1980), then the stuff was forgotten in most markets. Be warned though, when you smell this, you'll discover that the more things change, the more they really stay the same.

What makes Blue Stratos most interesting is it tries to be an abstract fresh fragrance for men with the materials commonly found in the day. There is no ambroxan here, no overdoses of ionones and acetates, no "aquatic" or "ozonic" parts, just aldehydes, florals, musks, and some fixative things like oakmoss and vanilla. Much like Everest,. Blue Stratos relies mostly on white florals blended in a way that masks what they are, so men wouldn't wrinkle their nose and go "eww this smells perfumey" at it. The opening is some sort of light aldehyde whisper with petitgrain and bergamot, while the heart quickly follows with lavender, musky ylang-ylang, heliotrope, and geranium. The indolic elements of ylang are held back by cedar and vanilla, which dry and round it off respectively. A fluffy white musk then completes things with a bit of oakmoss, and that's all she wrote on Blue Stratos. Really, this ends up smelling pretty much like most fresh white musk things that would come out twenty years later, just with a different development leading to that destination. This is simple stuff people, very simple, with the only real point of difference between the weird science in here and in Avon Everest is the Avon scent has a leafy tobacco coumarin dose and some sort of dry leather to feel more chypre than fougère. Blue Stratos wears smooth, and ultimately is much quieter than the usual 1970's fare, which made it a sever outlier in an age where everyone wanted big spice bombs and musk bombs dipped in Ricardo Montalbon's voice whispering "rich Corinthian leather" in their ears. Wear time is about 7 hours, and projection is on the medium-low side. Best use in spring and fall casual wear. Also, the after shave is pretty smooth with little burn too, if you go that route.

Blue Stratos was evidently a much bigger hit in the UK than it was anywhere else, to the point that when Proctor & Gamble bought Shulton and offered up the formulas and IP it wasn't planning to continue carrying to being bid on by other brands, a little operation called Parfums Bleu purchased it, keeping Bleu Stratos on shelves in Great Britain. A similar thing happened to a lot of Shulton products, including Rapport (1989) and Mandate (1976) released the same year as Blue Stratos, which both went over to Dana then were continued in the UK only by Eden Classics. Seems the kingdom is the place where old Shultons go to live on after dying everywhere else, and unfortunately export laws make it stupid expensive to sell outside the country, so few sellers bother with offering what are essentially drugstore cheapies to the world at large. This means if you live in the UK, this is not a unicorn nor particularly rare, but if you are literally anywhere else in the world, only surviving Shulton stock is what you generally can find, which sells for too much money when you can find it. Like with old retired Jovans, these were bought up and consumed, so in some ways, old Shultons are rarer and thus can be more expensive than discontinued designers most vintage nuts tend to drool over, which is a shame. Ultimately, this becomes mostly a white musk fragrance on me, and I have plenty of those with stuff like Calvin Klein cK One (1994) and Jovan White Musk for Men (1993), so I'm not in the hunt for Blue Stratos vintage or otherwise, Modern designers likely weren't directly inspired by this when they devised current blue freshness, but the presage to their work was definitely in place here. Thumbs up

AspicMyopic
Show all reviews by AspicMyopic
I am writing this review based on the aftershave in the 50ml splash bottle. I have never tried the EDT version of this fragrance. Blue Stratos reminds me of the 1980s, I can still remember the television advert of the man hang gliding over snow covered alps. As a boy I smelt this fougere on uncles and family friends. Today the fragrance evokes some nostalgia and a feeling of being freshly shaved and groomed. But I also feel that the fragrance has aged a bit. Definitely an older mans barbershop fragrance. It opens with strong musk, lavender and geranium notes. As it settles the musk remains strong but I start to notice the vanilla more. The aftershave lasts about 4 or 5 hours on me and the projection is strong initially and settles after about two hours of wear. Overall a decent fragrance, very reminiscent of it's era, and comparable in value to Brut or Old Spice.
#243568

lapel roll
Show all reviews by lapel roll
The EDT of Blue Stratos seems to be more rapidly faithful to the notes than the aftershave (which is foolishly offered in a spray rather than a splash). The aftershave has a sharper alcohol opening before anything starts to happen and I can imagine impatient people leaving it on the shelf after testing it. This review is for the EDT, though the two do have the same scent. All new bottles no longer have the sleek shiny cap, instead having a clumsy anodised matt cap.

The citrus top is spot on: Lemon, lime and bergamot, quickly caught up by lavender, geranium and a light patchouli. Initially it smells very unisex, powdery; like 'posh soap' and bath cubes. It broadens out, however, and becomes somewhat richer and deeper, with a slightly creamy edge to it. It's a very clean smell, but softer and with less punch than e.g. Tabac, even though it sometimes mimics parts of that fragrance's aroma.

The base notes settle into woody vanilla, with faint citrus and florals still discernible. The scent is well-rounded and becomes mellow, quite refined and more masculine during the transition between middle and basenotes. Many children of the 70s and 80s will have an olfactory memory of Blue Stratos; either aftershave or talcum powder and if the scent has been reformulated at all, it hasn't changed all that much.

It's probably a daytime scent, though this is a matter of taste and what works for a person's skin. Someone's review referred to it as 'inoffensive' and it is. It's cheap (in price), but it certainly isn't nasty. And so I give it a thumbs up.

Sillage - probably weaker than it should be. For you and people close to you to enjoy. Spray more if you want to project more.

Longevity - quite decent, but close to the skin for the final stretch.

J
JackTwist
Show all reviews by JackTwist
I was intrigued to try this, having never heard of it, after reading Luca Turin's review - 4 stars - "Classic Fougere."

It is light and cool and sweet and bracing, definitely of its day (1976) and definitely of the Old Spice school, having originally been made by the same company, Shulton.

The citrus top notes are beautifully blended with the geranium, rose and lavender heart. The base of dark patchouli and cedarwood is equally well balanced with the softer vanilla, amber and musk.

Very old fashioned and very comforting as well. Great as a summer after shower splash. It is very close to the classic Pinot's Clubman in the sweetness and coolness of its overall scent.

First Edit: Upon getting to know this, I find my initial Clubman impression was wrong. It is really more akin to Coty's L'Aimant with its combination of jasmine and a certain old-fashioned and pleasing nuttiness. Most unusual for a men's cologne.

ad_scott
Show all reviews by ad_scott
Very pleasant indeed. A decent scent for any occasion - fresh, cool and clean. Smells unique and to my nose Blue Stratos definitely belongs in the late 1970s/early 1980s memory slot - reminds me of a time when 3 wheeler vans existed and when one had to walk over to a TV set to change the channel. For the price it's an absolute bargain considering the scent, sillage and longevity. Cheap enough to discard if this fragrance is not for you.
#165025

F
ferdinand_the_imposter
Show all reviews by ferdinand_the_imposter
Not as fresh as I remember Maybe memories play tricks, but I had this down as wonderfully cool and refreshing, albeit one-note and bargain basement cheap. Instead, it seems pretty synthetic and unpleasant.Pros: Not an Aqua, despite the bottle. Cheap as...Cons: Synthetic, mercifully short longevity"
#130725
Show more reviews of Blue Stratos...

Add your review of Blue Stratos

Other perfumes by Parfums Bleu 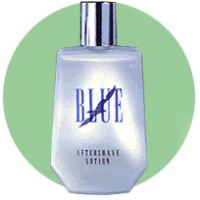 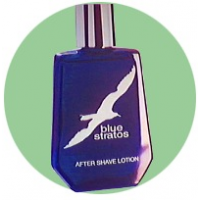 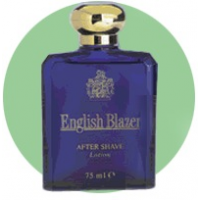 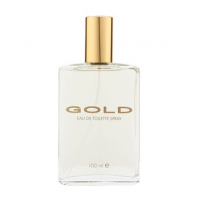 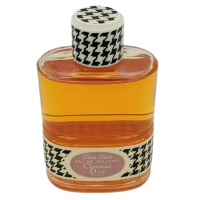 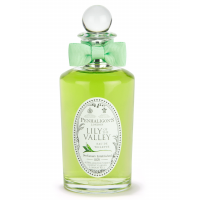 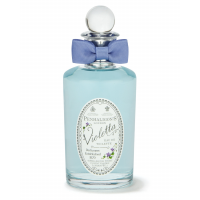 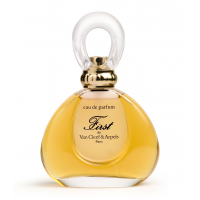 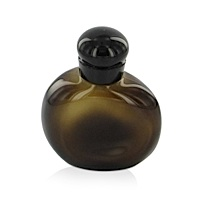 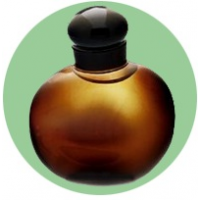 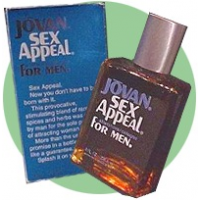 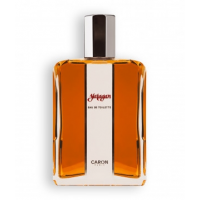 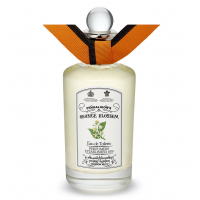 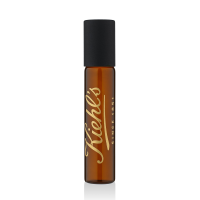 Members who own Blue Stratos